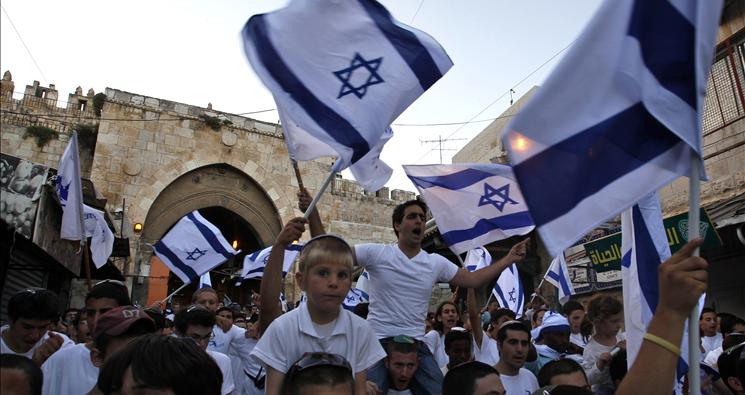 Israel is Not an ‘Occupying Power’

Israel is Not an ‘Occupying Power’

Over at Commentary, Jonathan Tobin is providing excellent coverage of and commentary on the Levy Report, a report by retired Israel Supreme Court justice Edmund Levy finding — among other things — that in the West Bank “Israel does not meet the criteria of ‘military occupation’ as defined under international law.” While the report has been immediately condemned in all the predictable quarters, it’s important to back up and ask an important question: If Israeli governance of the West Bank is truly an “occupation,” then whose territory is being occupied?

Remember, there has never been a recognized Palestinian state in the West Bank. The Palestinians (and surrounding Arab states) rejected the 1947 U.N. Partition Plan for Palestine, which would have created separate Palestinian and Jewish states and chose instead to launch the first of several attempts to destroy Israel and initiate a second Jewish genocide. The 1949 armistice didn’t create a Palestinian state in either the West Bank or Gaza. Egypt took control of Gaza, and Jordan took control of the West Bank. Consequently, when Israel defeated the Arab world’s second major genocide attempt in 1967, it took Gaza and the West Bank not from the Palestinians but from Egypt and Jordan. Israel isn’t occupying Jordanian territory, the Palestinians rejected statehood in 1947 (before the outbreak of war), and while Israel can’t make a clean and exclusive claim to Judea and Samaria (the West Bank), it’s difficult to claim that Israel is “occupying” land that has not since the end of the colonial era definitively belonged to any state. The best phrase to use is “disputed territory.”

I agree with the Jonathan Tobin that the language of “occupation” has done terrible damage not only to the justice of Israel’s claims but also to the hope for peace itself. Occupations under international law must be temporary and thus the Palestinians begin with the default bargaining position of possessing the entirety of the occupied land. Disputed territory, on the other hand, does not yet definitively belong to any power, and its final status is presumed to be settled through negotiation and compromise. The Palestinians begin every negotiation with most of the world community viewing Israel’s occupation as illegal and with the firm conviction that they are entitled by right to 100 percent of Judea and Samaria and that any post-1949 Jewish presence on their land is unlawful. This is not a recipe for compromise, even if Palestinians were predisposed to anything other than the destruction of Israel.

There’s been much talk of “reset buttons” in international affairs. I propose a reset button on the language of the Israeli-Palestinian conflict.