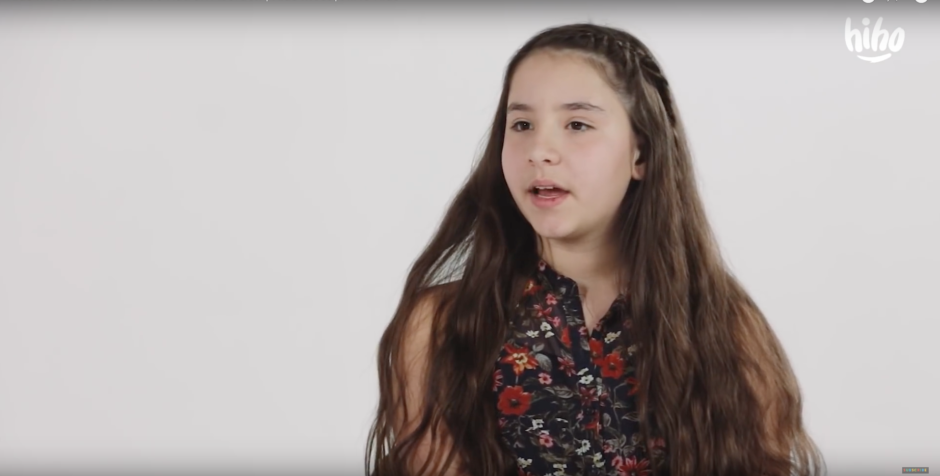 Can you imagine the audacity and complete lack of shame that is required to use social media to brag about abortion – to children?

That’s just what one abortion activist has done. And, sadly, she is gaining worldwide notoriety for creating the hashtag #ShoutYourAbortion.

So, the billion-dollar, taxpayer supported-industry must be ringing its collective bloodstained hands with excitement over a viral video featuring abortion activist Amelia Bonow who emphatically tells kids that abortion is completely acceptable.

Bonow has appeared all over the internet, television, and even in the pages of Oprah’s magazine, to normalize abortion.

Now she’s appearing on HiHo Kids, a children’s YouTube channel, talking about her abortion experience and blatantly, brazenly lying to young people by telling them that abortion is normal and any opinions they hold against aborting babies is wrong.

Multiple times Bonow goes out of her way to try and justify having made poor decisions, rather than admitting her behavior was reckless, that her choices had consequences, that having an abortion was wrong, and telling these impressionable young minds that they should avoid making similar choices. In fact, Bonow admits that her behavior was a “shortcut.”

One young girl asks Bonow, “Why did you have an abortion?” Bonow casually responds, “A few years ago I got pregnant, and I really didn’t want to have a baby.” That’s it. She just didn’t want a baby.

The only time Bonow shows any semblance of remorse about her behavior is when she states that she and her partner were “both, like, bummed out that [she] got pregnant.” She shows no remorse about choosing to get pregnant in the first place by knowingly engaging in activity that leads to pregnancy and no remorse about her choice to kill her unborn child.

When one boy asks why she wouldn’t put the baby up for adoption, Bonow makes the curious statement: “I feel like if I am forced to create life, I have lost the right to my own life.”

Again, no one forced her to become pregnant. She made a choice. So, yes, she actually chose to get pregnant, by default, because that’s how it works.

While this video does not state any affiliation with Planned Parenthood, it follows the familiar modus operandi: If the facts don’t support the abortion agenda – ignore them – just say whatever works to win the argument; and if confronted, just deflect, confuse, and tell us how you feel about things.

This video, and the agenda behind it, is disgusting in so many ways. I literally became more horrified and more upset every minute I watched this video.

It is more perplexing than The Agenda Project’s viral video in support of Planned Parenthood, showing a beautiful, vibrant little baby giggling and cooing, and claiming “She deserves to be a choice.”

It’s weirder than the Planned Parenthood representative’s statement that they “need a Disney Princess who’s had an abortion.”

Most kids probably didn’t notice those.

But this video specifically targets children. In fact, it has received over 200,000 views in just 5 days! Bonow and Big Abortion are getting right in children’s faces and telling them lies; telling them that abortion is like going to the dentist, that an abortion just “sucks the pregnancy out,” and that they are wrong if they believe abortion is NOT okay.

When asked how she thinks God feels about abortion, Bonow tells the young man, “I think it’s all part of God’s plan,” as she smirks, laughs, and credits her “smart” insight to the rapper, Drake.

Bonow also states that she “feels” like a baby isn’t alive until it's born. Well! I guess that must make it true; someone’s feelings equate scientific fact, right?

Planned Parenthood and the abortion industry, including people like Bonow, want to normalize abortion. Abortion is not normal. It’s decidedly not from God. A baby in the womb is not simply a soulless “sea cucumber,” despite what this video would have kids believe.

We need to put an end to the abortion indistry's targeting of our children, born and unborn. We need to block Big Abortion’s repulsive indoctrination efforts and to hit it where it can’t recover – its wallet.

This is why the ACLJ is fighting so hard to defund Planned Parenthood and any other group that’s receiving OUR TAX DOLLARS as it aborts babies and creates marketing propaganda that deceives and misdirects children.

We’ve publicly supported the Trump Administration’s new regulation to strip all taxpayer-provided Title X funding from Planned Parenthood and any other abortion providers.

We're aggressively fighting in some the biggest pro-life cases in the nation. We're engaged in a massive Supreme Court case against Planned Parenthood, and we’re preparing a second amicus brief if the Court takes the case.

We will continue fighting Planned Parenthood, and any other taxpayer-supported pro-abortion organizations, in order to save countless innocent, living unborn babies.