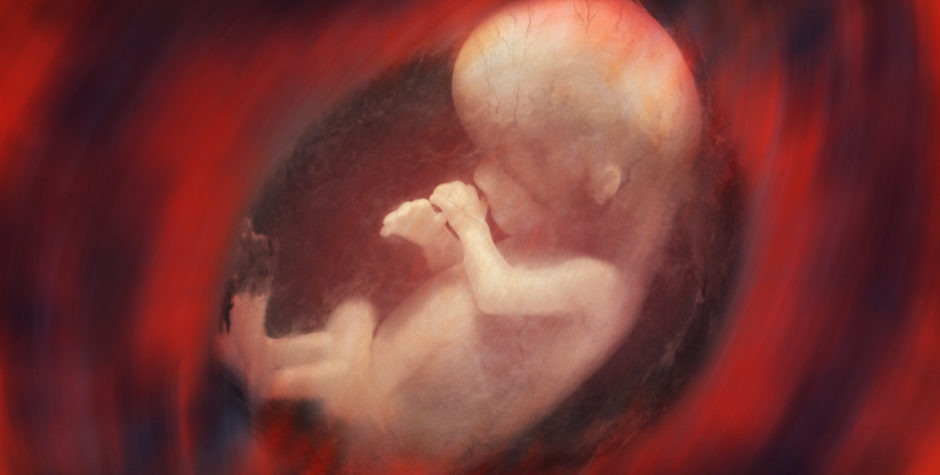 It’s bad enough that the abortion industry receives taxpayer support, but the fact that it can then earn additional profit by selling aborted babies’ body parts for medical research is infuriating. We’ve been demanding an end to this disgusting practice, and now the federal government has agreed.

In a monumental win for life, the Department of Health and Human Services (HHS) under President Trump just ended a disturbing contract between the National Institutes of Health (NIH) and a California university involving the use of aborted babies in medical research.

Months ago we told you we issued a Freedom of Information Act (FOIA) request to uncover details about disturbing experimentation being conducted by NIH using the body parts of aborted babies. In conducting its research, the NIH has contracted with University of California San Francisco (UCSF), and the contract “requires UCSF to obtain body parts from unborn babies to make at least two types of ‘humanized mice.’”

You read that correctly. The NIH has been attempting to create “humanized mice” for “HIV therapeutics development” from the tissue of aborted babies.

At the ACLJ, we immediately sprang into action, launching a legal advocacy campaign garnering thousands of petition signatures urging HHS to end these practices, and we filed a Freedom of Information Act (FOIA) request to uncover, expose, and stop this horror.

In a huge victory, HHS has just officially put an end to this ghoulish project.

In September 2018, the Department of Health and Human Services (HHS) terminated a contract between Advanced Bioscience Resources, Inc. and the Food and Drug Administration that provided human fetal tissue from elective abortions to develop testing protocols . . . . As a result, HHS also initiated a comprehensive review of all HHS research involving human fetal tissue from elective abortions to ensure consistency with statutes and regulations governing such research, and to ensure the adequacy of procedures and oversight of this research in light of the serious regulatory, moral, and ethical considerations involved.

When the audit and review began, HHS had an existing contract with the University of California, San Francisco (UCSF) regarding research involving human fetal tissue from elective abortions. HHS has been extending the UCSF contract by means of 90-day extensions while conducting its audit and review. The current extension expires on June 5, 2019, and there will be no further extensions.

Promoting the dignity of human life from conception to natural death is one of the very top priorities of President Trump’s administration. The audit and review helped inform the policy process that led to the administration’s decision to let the contract with UCSF expire and to discontinue intramural research – research conducted within the National Institutes of Health (NIH) – involving the use of human fetal tissue from elective abortion. Intramural research that requires new acquisition of fetal tissue from elective abortions will not be conducted.

The move by HHS did exactly what we asked and is vitally important for six reasons:

First, it canceled the contract that funded experimentation using aborted babies’ body parts that we had been targeting with our FOIA. That’s a win in and of itself.

Second, and more importantly, it set a policy of no longer doing any experimentation within NIH using the body parts of babies obtained from an elective abortion. It ends the practice inside the government for good.

Fourth, HHS will prioritize funding for ethical research (not using aborted babies) which had largely been ignored in the past.

Fifth, it will issue new rules that will put in place clear, ethical guidelines for the use of any human tissue in medical research.

Sixth, it sets the tone of life. As we fight Planned Parenthood and the entire abortion industry over the sale of, and experimentation on, aborted babies, the federal government has now made clear that it will no longer participate in this practice because it’s just plain wrong.

This is on the heels of successfully convincing the Administration late last year to cancel a similar contract the FDA had with an abortion-related business that had been referred for criminal investigation for participating in the illegal sale of aborted babies’ body parts.

As we’ve warned before, these contracts create a market for aborted babies’ body parts – which is especially disgusting given the recent surge in extreme late-term abortion legislation, like we saw become law in New York earlier this year.

According to reports regarding a contract NIH had with UC San Francisco:

The contract—using federal tax dollars—creates a demand for organs taken from late-term aborted babies and its fulfillment is dependent on the continued legality of late-term abortions.

We already exposed Planned Parenthood for selling babies' body parts on the black market for profit. No wonder they want to change the laws to enable even more abortions in our country. It’s simple but ghastly supply and demand.

Unborn babies are not a commodity for profit. They are innocent human lives, and research like this put them at additional risk, encouraging more abortions. We applaud this action by HHS, for not only ending this unconscionable contract, but for deciding to carefully examine any other contracts for similar research.

We will continue to fight extreme abortion laws. We will fight to defund taxpayer-supported abortion on demand. And we will save defenseless babies. With your help.