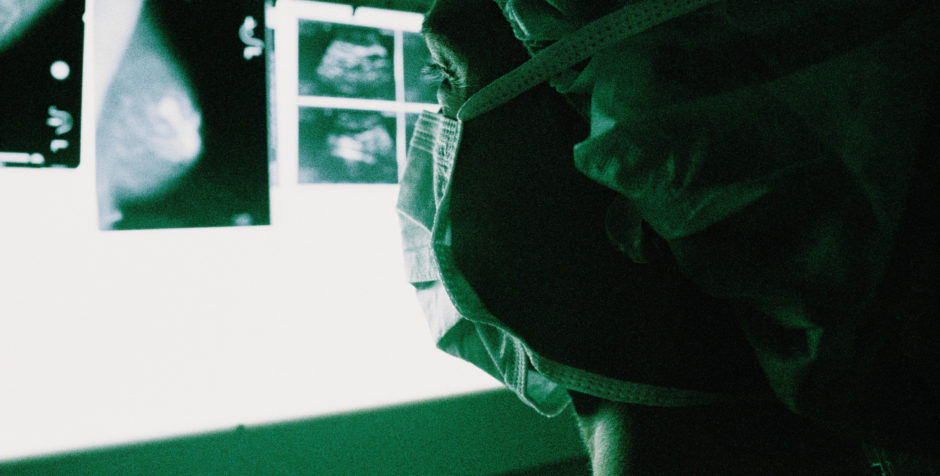 In the Fall of last year, shocking reports surfaced detailing the incredibly disturbing experimentation currently being conducted by the National Institutes of Health (NIH):  Using the body parts of aborted babies, the NIH is creating “humanized mice” for “HIV therapeutics development.”

That’s your tax dollars at work.

Today, the ACLJ has issued a Freedom of Information Act (FOIA) request to the NIH so we can bring light to this disgusting contract, and other similar contracts that may still exist.

Here is what we know so far. In conducting its research, the NIH has contracted with University of California San Francisco (UCSF), and the contract “requires UCSF to obtain body parts from unborn babies to make at least two types of ‘humanized mice.’”

As we’ve said before, this disgusting research raises multiple moral and ethical considerations.

First, the creation of mice with human immune systems is horrific enough, but that these mice are being created using the body parts of innocent babies is unthinkable.

Second, in contracting with UCSF, the NIH is creating and maintaining a demand in the market for aborted baby parts.

Remember, federal government funds are U.S. taxpayer dollars. That is our money.

Federal government participation in these contracts must end.

And with that goal in mind, the ACLJ has prepared another FOIA request to expose the truth about the NIH’s involvement in such an abhorrent practice. We know that accountability – bringing the light of day via strategically targeted FOIA requests in conjunction with our pro-life legal efforts – can work.

As we told you a few months ago:

[T]he fight to protect the sanctity of life gained an important victory when the Department of Health and Human Services (HHS) canceled a contract that the U.S. Food and Drug Administration (FDA) had with Advanced Bioscience Resources, Inc. (ABR), a fetal tissue procurement organization that has been referred for criminal investigation.

The ACLJ had just launched a major advocacy campaign calling for the end of taxpayer funding for the sale of aborted babies body parts; and after gaining more than 40,000 signatures in less than 24 hours, the taxpayer-funded FDA fetal tissue program was canceled. This is a huge victory.

The Department of Health and Human Services (HHS) – the federal agency of which the NIH is a component – has shown a willingness to do the right thing, and we applaud their efforts.  More must be done. With our FOIA today, we want to help HHS leadership in their efforts by keeping the spotlight on these problems.

As we’ve previously explained regarding our legal work in this area:

[It] stems from the investigative journalism of the Center for Medical Progress (CMP), which uncovered criminal, illegal, and unethical acts of numerous abortion providers and fetal tissue procurement companies. As you may recall, in 2015, CMP released a series of videos that showed senior abortion providers openly discussing practices such as profiting from the sale of fetal body parts and altering abortion methods to procure fetal specimens.

The ACLJ represents Troy Newman, a former CMP board member who is also the President of Operation Rescue, in lawsuits filed in California against CMP and several individuals associated with it by the National Abortion Federation (NAF), Planned Parenthood Federation of America (PPFA), and numerous Planned Parenthood affiliates. These cases seek to keep CMP’s evidence out of the public eye, and to deter future investigations of abortion providers’ illegal acts.

Sign our petition. Stand up for innocent babies. Tell the government to end these disgusting contracts creating a demand for the body parts of aborted babies.

Make your voice heard. Join the cause for life today.