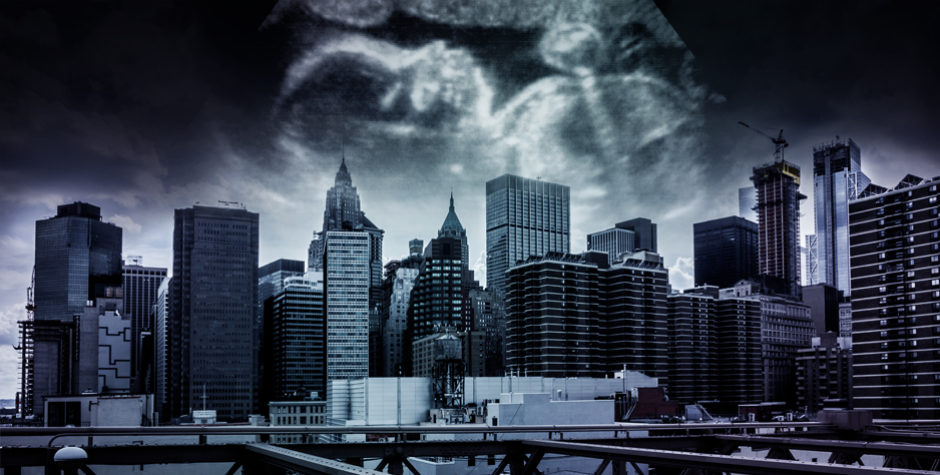 We told you that New York’s barbaric abortion law would have real life (and death) consequences. Unfortunately, we’re already seeing the first evidence of that.

A man attacked his pregnant girlfriend in New York, reportedly dragging her out into the public vestibule of their apartment building and stabbing her repeatedly in the stomach as neighbors say she pled for the life of her unborn baby.

This brutal murder of Jennifer Irigoyen, a real estate agent, fitness instructor, and mother to another young child, was captured on surveillance camera. Neighbors say they rushed out to help her after the assailant fled, and say she gasped for breath as they asked who attacked her.

Jennifer Irigoyen was five months pregnant, when both she and her baby lost their lives.

After the murderer, Jennifer’s boyfriend Anthony Hobson, surrendered to authorities, he was charged with murder, tampering with physical evidence, illegal abortion, and criminal possession of a weapon.

At the time, District Attorney Richard Brown’s released a statement condemning the act – specifically singling out the killing of the unborn baby – and promising justice:

“This was a heinous crime. A woman was brutally stabbed – killing her and the unborn child. The defendant is alleged to have shown no mercy and no regard for human life when he repeatedly and purposely plunged a knife into this expectant mother’s abdomen, torso and neck. The defendant, now in custody, faces spending the rest of his days locked behind bars.”

Yet a few days later, one of the charges had to be dropped. The New York District Attorney’s office announced that the killer can no longer be charged with killing the unborn child.

A spokeswoman for the district attorney, said prosecutors dropped a second-degree abortion charge after learning that the Reproductive Health Act, which was signed on Jan. 22, had stripped the crime from the state penal code.

We told you how the state of New York passed its recent Reproductive Health Act into law – one of the most barbaric laws in U.S. history, allowing abortions up to the moment of birth, and decriminalized the killing of an unborn baby at any stage. This was the same law that New York Governor Andrew Cuomo signed with an original Roe v. Wade attorney at his side, sporting a satisfied smile.

After the bill became law, legislators applauded and the Governor ordered New York’s Freedom Tower – a building dedicated to the victims of the 9/11 terrorist attacks, and specifically honoring the unborn babies who died – to be lit up pink in a crass celebration of the taking of innocent unborn babies’ lives.

Now that law has allowed a savage crime to go unpunished.

Hobson will still face the other charges. But the vicious stabbing of an unborn baby to death will not be listed among his offenses, whatever the judge’s ruling.

What if Hobson hadn’t killed the mother? What if Jennifer Irigoyen had survived the attack? Would he only have been charged with lesser assault charges and ultimately served a shorter prison sentence – escaping any charge for the killing of a life still in the womb?

This injustice is the direct product of New York’s barbaric abortion law. Pro-abortion legislators don’t seem to grasp that their decisions have consequences. This innocent woman deserved to live. Her oldest child deserved a mother. Her unborn baby deserved a chance at life.

As the DA originally promised, Hobson deserves to be locked away for as long as possible, so he cannot hurt another soul. But now the prosecutor’s hands are tied.

The harsh reality is, a man capable of stabbing an unborn baby and the baby’s mother to death in public has more rights in New York than an innocent baby.

Andrew Cuomo and his pro-abortion allies celebrated their new law, and it has allowed a monstrous act to go unpunished. The Freedom Tower should be lit up in remembrance of Jennifer Irigoyen, her unborn baby, and countless other victims of this law yet to come.

We cannot just sit back and allow more lives to be lost.

The ACLJ is taking action. We just sent records demands under state sunshine and Freedom of Information Law (FOIL) statutes to expose exactly how involved Planned Parenthood and the abortion industry were in pushing this new law forward.

We’re also looking for every possible way to challenge the law.

And now as more states are actually considering legislation similar to the New York law (including Vermont, Virginia, New Mexico, and Illinois to name a few), we’re examining other legal angles to stop them before they are passed and put more lives at risk.