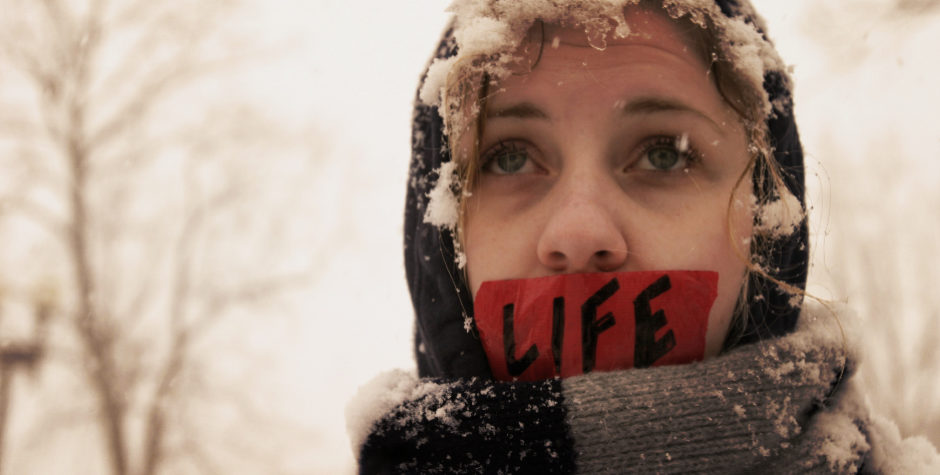 Sidewalk counselors share the good news of the sanctity of human life where that message needs to be heard the most: right outside the doors of abortion facilities.

These counselors, who suffer the insults of clinic “escorts” and all types of weather, are unspoken heroes of the pro-life movement. Coming from all walks of life, they volunteer their time and energy to offer the love and support that will not be found—cannot be found—at the hands of abortionists.

As explained in more detail here, we sued the City of Englewood, New Jersey, four years ago after the City passed a “buffer zone” Ordinance hindering sidewalk counselors from being able to share their pro-life message to women accessing a local abortion clinic.

After much discovery and legal briefing, we ultimately prevailed at the trial court. Judge Susan D. Wigenton ruled that the Ordinance violated the right to free speech as guaranteed by both the United States and New Jersey Constitutions. Our client, a longtime sidewalk counselor in Englewood, was once again able to speak freely, fully protected by the First Amendment.

Stating that the City should “fight for women’s rights” (even though Judge Wigenton’s decision did nothing to suppress women’s rights), Englewood’s Mayor urged the city council to appeal the decision. And two weeks ago—more than one year after arguments were presented to a panel of the Third Circuit Court of Appeals—the court reversed Judge Wigenton’s ruling.

Though a disappointing decision, the Third Circuit did not rule that the City’s buffer zone was constitutional, and it did not hold that our client has no right to engage in sidewalk counseling. Instead, the court of appeals held that there were issues of fact that needed to be resolved before a legal ruling could be made. It therefore ordered the case back to the district court to resolve those facts.

Earlier this week, we filed a petition for rehearing en banc with the Third Circuit asking that the full court reconsider the panel decision. While, as mentioned, the court did not definitively uphold the Ordinance, it nonetheless made two legal errors that need to be corrected to bring it in line with the Supreme Court’s decision in McCullen v. Coakley, a 2014 decision that unanimously struck down Massachusetts’s abortion buffer zone law as unconstitutional.

First, although the panel decision acknowledged that the Ordinance is almost word-for-word the same as the law struck down in McCullen, the Third Circuit panel did something that the Supreme Court did not do in McCullen: use the much-discredited case of Hill v. Colorado to help decide the case.

Not only has the Supreme Court pretty much ignored Hill since it was decided in 2000—including in McCullen—a recent decision of the Seventh Circuit has observed that Hill is incompatible with subsequent Supreme Court decisions. (We recently filed an amicus brief with the Supreme Court in support of a petition for certiorari asking the Court to overrule Hill.)

If the Supreme Court didn’t rely on Hill in adjudging Massachusetts’s buffer zone law, there was no need for the Third Circuit to do so—especially when there’s a significant difference between a “bubble zone,” as in Hill, and a “buffer zone,” as in McCullen and this case.

The second legal error in the Third Circuit opinion is that it ignored just how broad in scope the City’s Ordinance is. In McCullen, the Supreme Court pointed out that one critical problem with the Massachusetts law was that it applied seven days a week to all abortion clinics in the state, even though the problem giving rise to the law involved only one abortion clinic on Saturdays.

That’s exactly the case in our case.

Though it’s undisputed that the Ordinance was adopted in order to deal with activities taking place at one abortion clinic, on one day of the week, the Ordinance authorizes buffer zones at all health care and “transitional” facilities throughout the City, including at nursing homes and rehab centers. In fact, soon after the Ordinance was passed, city officials began marking out buffer zones at non-abortion facilities—even though there was never any evidence of disruption at these other locations.

If the Massachusetts buffer zone law was not narrowly tailored because of the broad scope of that law, then neither is Englewood’s Ordinance. No more fact-finding has to be done at the trial court level to figure this out.

Petitions for rehearing en banc (meaning, the full court), such as the one we filed this week, are rarely granted. Nonetheless, based on the interests of our client, and the importance of the First Amendment, we had little choice but to proceed with our request.

We will keep you posted on how the Third Circuit rules on our petition and where we go from there. Whether it takes another four years—or more—we will remain undaunted in our efforts to secure the free speech rights of our client, as well as the rights of all sidewalk counselors.