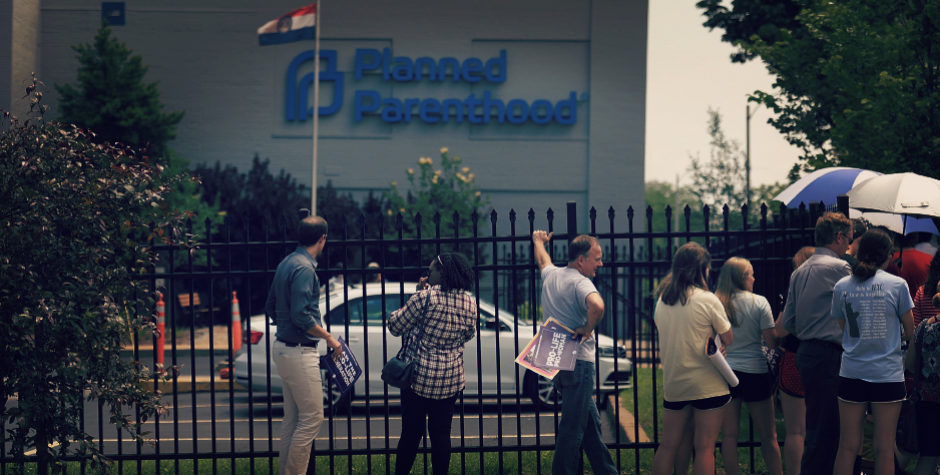 The ACLJ is urging the U.S. Supreme Court to grant review and pop the anti-speech bubbles the City of Chicago has enacted to stifle pro-life sidewalk counseling. The case is Price v. City of Chicago., U.S. No. 18-1516.

A “floating bubble zone” is a legal restriction that prevents pro-life individuals from speaking within a certain distance of women going into abortion facilities. The no-speech zone moves along with the woman and surrounds her like an invisible bubble. Pro-life sidewalk counselors in Chicago have challenged the city’s bubble zone law as a violation of the First Amendment right to free speech. We’re supporting the pro-lifers in their effort to have the law struck down.

The use of floating bubble zones to hamper pro-lifers has been around since the 1990s. We successfully challenged such a zone in the 1997 Supreme Court case of Schenck v. Pro-Choice Network of Western New York. In that case, a court had created the bubble zones in an injunction. But in the 2000 case of Hill v. Colorado, also an ACLJ case, a sharply divided Supreme Court to our great dismay upheld an equally unconstitutional bubble zone in the form of a state statute.

The Hill decision was flat wrong the day it was decided. It was completely incompatible with prior free speech cases, and even pro-abortion scholars decried the Hill ruling as indefensible. Fortunately, the Supreme Court never built upon the faulty Hill ruling, choosing instead basically to ignore the case. In fact, two more recent decisions – one involving pro-life sidewalk counselors – strongly suggest that support for Hill simply no longer exists on the Supreme Court.

In the current Price case from Chicago, a federal appeals court seemed to agree that Hill cannot be squared with other Supreme Court speech cases, but nevertheless ruled that, since the Supreme Court has not itself overruled Hill, the lower court was bound to follow Hill and reject the challenge to the Chicago bubble zone ordinance. With nowhere else to go, the Price challengers have petitioned the Supreme Court to hear the case and overrule Hill once and for all.

We filed a friend-of-the-court brief supporting the challenge. As we argue:

Our brief elaborates on four particular points on which Hill went amiss, explaining how destructive the Hill ruling was to the right to free speech. We hope the Supreme Court agrees that now is the time to straighten out the mess Hill created, and to overrule that terrible decision.

The Supreme Court is expected to announce in the Fall of 2019 whether it will hear the Price case. If the Court agrees to review the ruling, we plan to file another amicus brief urging the Court to bury the Hill precedent.