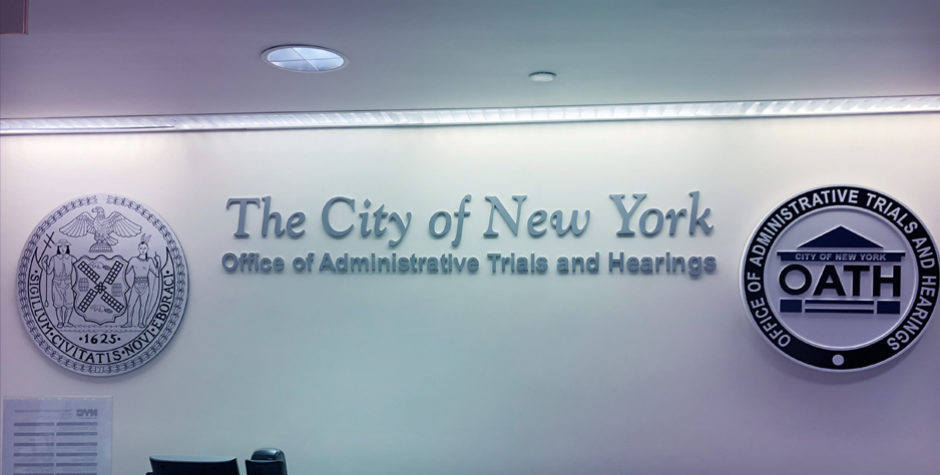 The abortion industry’s efforts to intimidate, harass, and shut down pro-life pregnancy centers are relentless. They file lawsuits. They fund politicians’ campaigns. They covertly send abortion supporters into pregnancy centers (who pose as potential clients) looking for anything that can be used against them. To them, anything and anyone who stands in their way must be stopped. Any alternative to unrestricted abortion must be silenced.

And New York City – the abortion capital of the world – has become the epicenter of the abortion lobby’s targeting of pro-life centers.

But earlier this week, the ACLJ went to New York City and defended our pro-life client from harassing allegations of violations of city code – and won.

The ACLJ has engaged the arena of abortion in the battle for life for years and at every branch and level of government. Whether it’s the federal government, in Congress, or the bureaucracies of the Executive Branch, whether it’s the federal and state courts, or even the Supreme Court of the United States, whether it’s filing lawsuits or testifying before legislative committees, or whether its defending pro-life clients from oppressive city regulations, we engage it all. We also actively engage in the court of public opinion, and we strive to keep you informed of what’s happening, why it matters, and what we are doing about it.

For the past decade, the ACLJ—along with our co-counsel from the American Catholic Lawyers Association—has represented pro-life pregnancy centers in New York City that provide education, options, and ultrasounds to women. We’ve successfully defended our client from harassment in the face of regulations and legislation. A few years back, after years of litigation and negotiations, we prevailed by getting most of New York City’s pregnancy center disclaimer requirements struck down as unconstitutional, and a favorable settlement for our client.

But, just as we suspected, New York City’s efforts to shut pro-life centers down did not end. The City has been abusing and misusing the surviving regulations to burden entities like our client in an attempt to fine and litigate them out of the market.

For instance, these regulations include requirements that certain facilities must put up disclaimer signs on their premises and even on their websites and social media posts stating that they are not a medical facility. But then, when a licensed medical provider like a licensed nurse is on the premises to administer or supervise services like ultrasounds, these signs would be temporarily taken down.

The City’s interpretation of the regulations has shifted and changed multiple times over the past several years in an attempt to manufacture a justification for inspecting and citing pro-life facilities for alleged violations. Recently, our client was cited for supposedly violating these absurd requirements.

And so, just blocks from One World Trade Center, which was recently lit up pink to celebrate New York’s passage of Governor Cuomo’s barbaric abortion through birth legislation (a travesty we are also working to expose), we appeared in New York City’s Office of Administrative Trials and Hearings to argue how the City’s allegations against our client were meritless, for constitutional, legal, and factual reasons. We previously provided a written response as well.

Our witnesses were ready to testify, but they weren’t needed. New York City’s allegations against our client were faulty as a matter of law. So faulty, in fact, that after several hours of walking the Judge through all the reasons the City’s claims and arguments failed under the law, the City was forced to withdraw its Summons and its allegations altogether.

We expect that the City will go back to the drawing board and come back swinging. We’re ready for it. But, even if the City does so, yesterday was a win. Our client will continue to do what it does – serve women and provide an alternative to abortion.