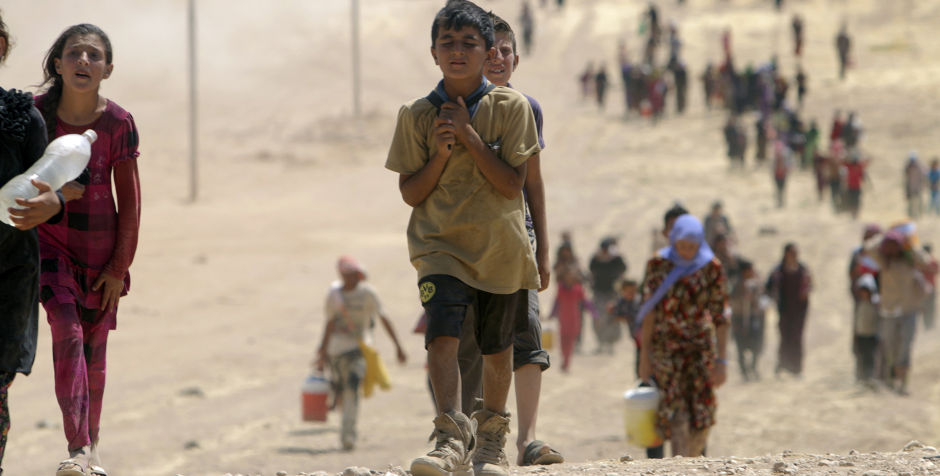 As ISIS continues to wage genocide against Christians in Iraq, your voice is making a difference.

For months we’ve been telling you about the plight of Iraq’s Christians as ISIS has unleashed a barbaric and deadly wave of persecution throughout the region.

For months we’ve called it what it is: genocide against Christians.

We have been pressuring the Obama Administration to take action to defend these persecuted Christians before they are literally exterminated by ISIS.

Over 315,000 of you have signed the petition through our Be Heard Project demanding that the Administration recognize what is happening, call it genocide, and take military action to defend these helpless Christians.

This week President Obama sent a formal request to Congress to essentially declare war on ISIS.  In that formal Authorization for Use of Military Force (AUMF) request, President Obama specifically lists ISIS’s “vicious acts of violence” and “threatened genocide” against “Iraqi Christian[s]” and other “religious … minority groups.”

The recognition that Iraq’s Christians are facing genocide at the hands of ISIS is a major step in the right direction.  Even more so is the fact that this recognition is one of the specific reasons for a request to declare war on ISIS.

Iraq’s Christians are suffering in immeasurable ways.  ISIS gave them an edict to “convert or die,” and now they are fleeing for their lives.

It is our responsibility to stand up for our brothers and sisters in Christ around the globe.

You’ve given these Christians a voice, and now the Administration is taking the first steps in bringing the fight to ISIS and protecting these Christians.  Yet the President’s resolve continues to waiver.  Now we must increase the pressure.

Be heard; demand action to defend these Christians from ISIS genocide.  Sign our Petition to Stop the Genocide of Christians in Iraq (below and) and BeHeardProject.com.