European Union Responds to ACLJ Letter on Genocide: "We Fully Share Your Concerns for the Plight of Christians" | American Center for Law and Justice
Search  |  Logout  |  Login  |  Register 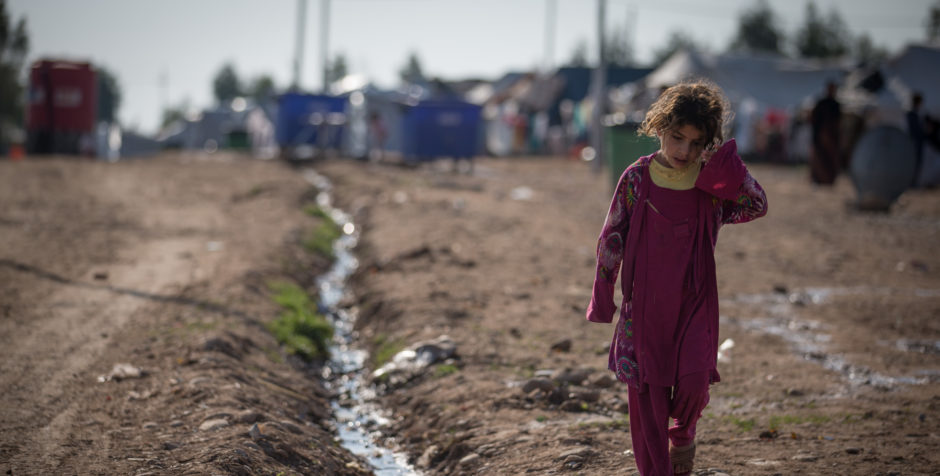 European Union Responds to ACLJ Letter on Genocide: "We Fully Share Your Concerns for the Plight of Christians"

We have just received two critical responses from key world leaders in our global campaign to protect Christians facing genocide. (You can read about the second response from a representative of the British Prime Minister here.)

For the past several years we have been telling you about the unthinkable genocide of Christians that has been waged by ISIS (the Islamic State) in Iraq and in Syria. We’ve detailed the most barbaric persecution imaginable.

We’ve sent numerous legal letters to the U.N., U.S. government, and world leaders raising the plight of Christians facing genocide, calling for the destruction of ISIS, and demanding specific legal protections and aid for Christians and other religious minorities who have been fleeing this genocide in droves.

Two years ago, after our massive and aggressive advocacy campaign, the U.S. government finally recognized the “genocide against . . . Christians.” We built on this victory over the next 18 months culminating in a crucial U.N. Security Council resolution, 2379, last year. We detailed how your voice finally started forcing the U.N. into action.

Recently, now that ISIS has been decimated and has lost massive amounts territory, we have been focusing our international efforts on securing aid for Christians seeking to return to their homeland.

Previously, we told you that on November 20, 2017, we sent a letter to the President of the European Council, HE Donald Tusk – who is essentially the head of the European Union (EU). In the letter we stated:

The international community must stand against the evils of the ongoing genocide and use all available options to stop the genocide and protect the victims – by implementing appropriate penal tribunals, coordinating a more effective use of coalition military force, administering a more efficient delivery of aid, and provide meaningful in-region protection for victims such as such as the establishment of safe-zones. The Charter of the United Nations demands no less, and through the organs of the United Nations has the unique capability, and the responsibility, to end the genocide and protect the Christians and other religious and ethnic minorities victimised thereby.

Furthermore, we urged that the EU:

[C]all for Member States to recognise and declare that the ongoing atrocities committed by the Islamic State and associated groups constitute genocide and that Christians are among those victimised thereby, and vocalise your support for a referral by the U.N. Security Council to the International Criminal Court or the establishment of a competent tribunal in order to investigate violations by the Islamic State committed in Iraq, Syria and elsewhere in the region against Christians, Yazidis and other religious and ethnic minorities. We urge you to communicate with Member States to pressure the United Nations accordingly and to mobilise the international community to take swift and decisive action.

In a welcome update, we received a response from the European Union Special Representative for Human Rights, Stavros Lambrinidis, stating: “Thank you for your letter dated 20 November 2017 to the President of the European Council and for the enclosed legal memorandum concerning the appropriate recognition and prosecution of [ISIS] atrocities against Christians and other religious minorities. President Tusk has asked me to reply on his behalf.”

The European Union made crystal clear: “we fully share your concerns for the plight of Christians . . . .” The letter states that they are working with the International Commission for Missing Persons (ICMP) on “investigations into mass and hidden graves” – a particularly important action based on facts we shared in our letter and legal memorandum detailing the existence of these mass graves.

He also stresses the importance of U.N. Security Council Resolution 2379 for collecting and preserving evidence “in relation to possible war crimes, crimes against humanity, and genocide.”

We have told you how your voice was crucial in the passing of Resolution 2379 and how it is the first step in holding ISIS accountable for their atrocities and providing relief to the victims of genocide:

The U.N. has taken the first step toward recognizing the genocide against Christians – the collection of evidence. This evidence will later be used to bring to justice the perpetrators of the heinous and genocidal acts that have been committed against Christians and others.

Furthermore, the European Union letter makes clear that the EU stands “ready to provide support” as needed. This will allow us to follow up with other world leaders, Iraqi officials, and the U.N. to ensure that this vital resource is fully utilized to protect and provide aid for Christians.

Finally, and maybe most importantly, the EU urged “continuous dialogue with the Iraqi Government and the international community.” This is exactly what we have been doing and will continue to do through or legal offices across the globe, at the U.N., on Capitol Hill, and through our legal letters to world leaders.