UK Responds to ACLJ on Genocide: Working to Ensure "Christians" Can "Return to Their Homes" and "Flourish" | American Center for Law and Justice
Search  |  Logout  |  Login  |  Register 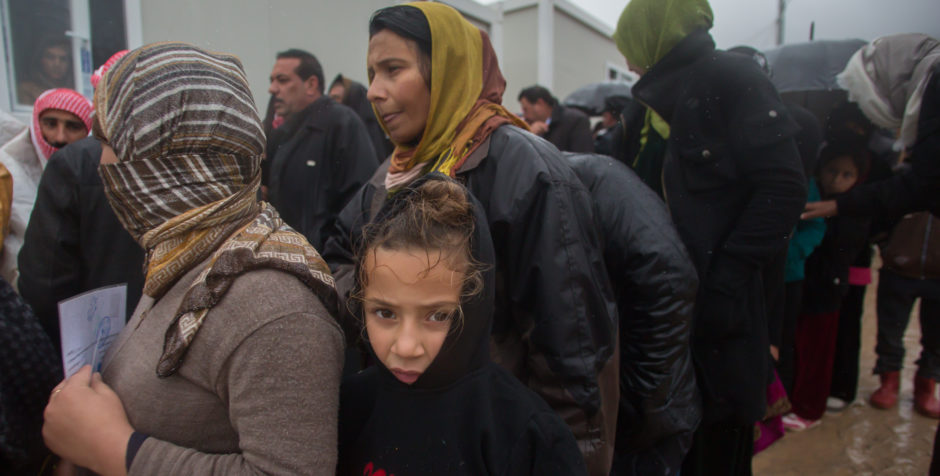 UK Responds to ACLJ on Genocide: Working to Ensure "Christians" Can "Return to Their Homes" and "Flourish"

UK Responds to ACLJ on Genocide

We have just received two critical responses from key world leaders in our global campaign to protect Christians facing genocide. (You can read about the first response from the European Union here.)

While ISIS is now on the run, the damage that has resulted in the wake of the ISIS genocide has created a massive humanitarian crisis. In order to provide for the lasting resettlement of Christians in Iraq it is important to not only hold ISIS accountable but also provide aid, security, and assistance so that those who were forced to flee can now return home.

On December 22, 2017, we sent a letter British Prime Minister Theresa May detailing the situation on the ground and the steps needed to address this issue. The fact of the matter is that more has to be done than simply defeating ISIS because the humanitarian crisis left in the wake of the ISIS atrocities is devastating. As we stated in our letter:

“The reality is we cannot stay without the U.S. or the U.N.  helping to protect Nineveh directly,” Father Afram al-Khoury Benyamen told Fox News after Sunday mass recently at St. George Cathedral, a 133-year-old-church. “With international protection maybe we can remain, but if that doesn’t happen soon . . . we go”. . . .

He continued, “We are the original people, the indigenous people here in Iraq and the government should want us to stay. Instead there is nothing”. And he explained the living conditions in his hometown this way: “The village is dirty and there is no electricity. No water coming, no markets. All of our people are thinking to immigrate and leave.”

We then informed the British Prime Minister’s office of what needs to be addressed in order to provide for the lasting resettlement of Christians in the region:

Information we are receiving from those providing aid and recovery assistance confirms this reality and demonstrates that, in addition to safety and security concerns, and the need for basic necessities, IDPs [Internally Displaced Persons] seeking to return home are facing barriers that require access to legal assistance. For example, we are hearing that many IDPs need legal assistance in establishing their identities and obtaining new personal identification documents. Further, attention has been called to their need to help in obtaining relief items from U.N. agencies. Clearly, these legal barriers must also be addressed when aiding IDPs in their efforts to return home.

As has been demonstrated, continued conflict in the area poses a hindrance to the expeditious resettlement of Iraqi IDPs. Thus, the international community must take intermediate measures to aid and protect them. We advocate for the prioritization of international aid and assistance to create and maintain safe in-region relocation options. The creation of “safe zones” helps to ensure the safety and security of IDPs who have returned home, or survivors who perhaps never left.

We first received a response on January 4, 2018, from the Correspondence Officer at 10 Downing Street stating that “Your correspondence is receiving attention.” Now, we have received a full response from the Minister of State for the Middle East and North Africa, the RT Hon. Alistair Burt MP.  We have previously received responses to other genocide letters from the RT Hon. Alistair Burt MP as he was directed by the Prime Minister to reply to us directly.

This response echoed the need to bring the perpetrators of genocide to justice as well as provide resources for the lasting resettlement of refugees. The British Foreign office’s response letter states:

Alongside our continued commitment to bring [ISIS] to justice, we are using our aid budget to alleviate the immediate humanitarian suffering of the most vulnerable people in the region, including Christians, Yezidis and other minorities, as well as the majority Muslim population in Iraq and Syria.

Furthermore, the letter details how the UK is helping the situation by committing more than “£90 million in Conflict, Stability and Security Fund funding to Iraq, including over £25 million helping to make helping to make areas that have been affected by conflict safe . . . so that civilians can return to their homes.”

The UK has also continued to contribute to the U.N.’s Funding Facility for Stabilisation (FFS) in order to help fund “Over 1,000 projects across Iraq, including over 250 covering health, education and electricity in the Nineweh Plains helping to jump-start local economies and provide vital support to Christian and other minority communities so they may flourish.” This is critical because, as we noted in our letter, the Nineweh Plains are a major Christian area that has been brutalized by genocide.

As we recently detailed, this is the same U.N. fund – that will serve the same Christian area – through which the U.S. government has been instrumental in increasing aid to Christians in Iraq, implementing vital changes to the USAID program that we long advocated for.  As we explained:

Now this aid is not only being directed from the U.S. government but also the British government as well.

This is a huge victory for Christians and other religious minorities facing the devastation of the ISIS genocide. The international community is now beginning to act to provide much needed resources and assistance for the victims.

We will continue to reach out to the international community and advocate on behalf of the victims to ensure they receive the assistance needed to be able to safely return home.