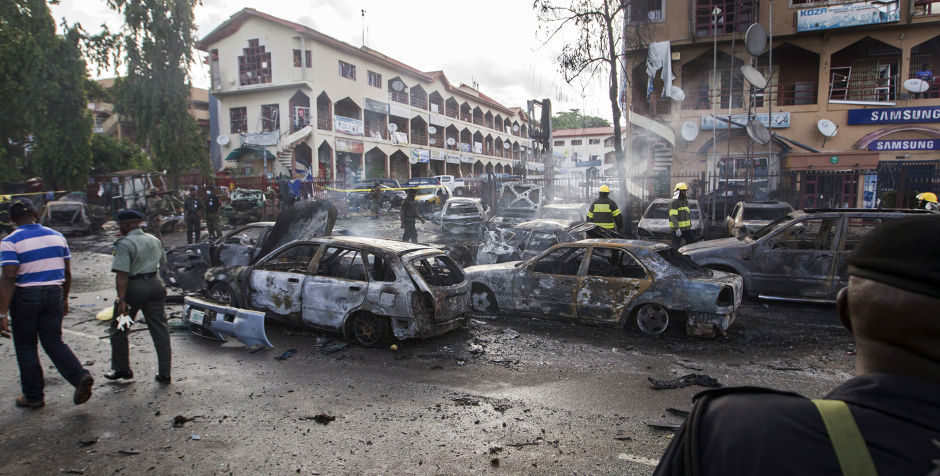 As the world has watched the horrific terrorist attacks in Paris, France last week, as radical Islamic jihadists murdered over a dozen innocent civilians and struck at the very heart of freedom, another terrorist group carried out what is being called the “second-deadliest terrorist attack in modern history.”

Boko Haram, a radical Islamic jihadist army similar in its barbaric tactics to ISIS – the Islamic State – which I’ve written about many times, literally exterminated an entire city in northern Nigeria.  They slaughtered an estimated 2,000 innocent human beings.

In an indescribable killing spree, Boko Haram destroyed the city of Baga, burning Christian churches and murdering thousands.  One individual who escaped the massacre told international media, “I escaped with my family in the car after seeing how Boko Haram was killing people . . . I saw bodies in the street. Children and women, some were crying for help.”

There are reports that the jihadist army is now using young girls as suicide bombers.  Their barbarism and despicable tactics knows no bounds.

Last year, Boko Haram is reported to have murdered more than 9,000 civilians and has a penchant for targeting Christians.  With this latest attack last week, the death toll for 2015 has already exceeded 2,000.

The Wall Street Journal recently described the group this way:

Boko Haram attacks towns and villages on a daily basis. Their specialty is mass kidnapping—of boys and young men to join their ranks, and of girls to become wives of its warriors. . . .

In its jihadist regional ambitions Boko Haram resembles Islamic State. A collapse of Nigeria’s military would leave Boko Haram as the dominant force akin to what ISIS has done in Syria and Iraq. The human toll would be horrific.

I simply call them evil.

They perpetrate the same evil that ISIS  is spreading in Iraq and Syria, the same evil Hamas jihadists inflict on Israeli civilians, the same evil that al Qaeda unleashed on America 14 years ago.  It’s the same evil we saw on display in Paris last week, in the Boston bombings, the recent New York City hatchet attack, the shootings at the Canadian Parliament, and on and on.

The evil of radical Islamic jihad must be confronted in all its forms, and it must be recognized for what it is every time it strikes in every corner of the globe.  For years we’ve allowed groups like Boko Haram to ravage and kill in the name of Islam.  It’s time the Obama Administration and the State Department’s bureaucrats recognize and address this growing problem, call it what it is, and defeat it.

Until we do, the slaughter of innocent civilians will continue, not just in Africa and the Middle East but at our own doorsteps.