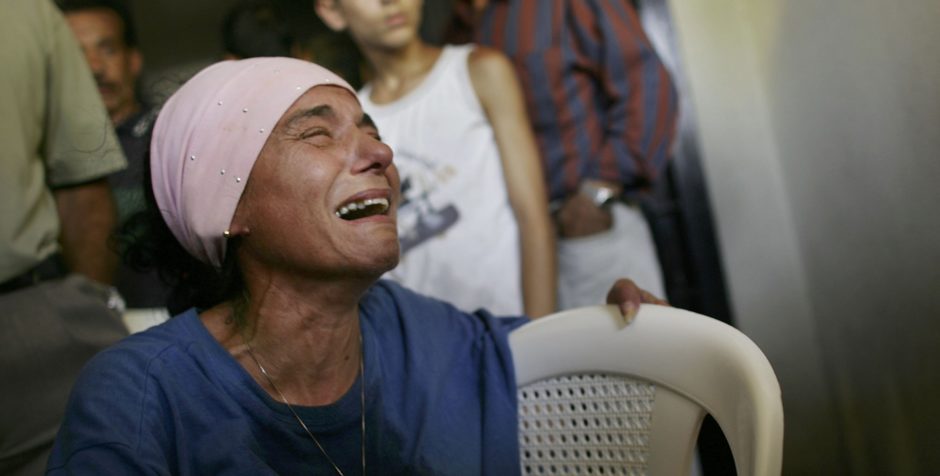 In a startling revelation, news is breaking this week that Obama holdovers within the State Department are actively attempting to scrub its records to remove any mention of the ISIS genocide against Christians.

This is outrageous and the ACLJ has had enough, so we are preparing a new set of Freedom of Information Act (FOIA) requests to find out why – and to expose deep state operatives who would use the delay of confirming new State Department officials as cover to strip legal protections from Christians facing genocide.

According to the Washington Free Beacon:

The State Department’s top lawyers are systematically removing the word “genocide” to describe the Islamic State's mass slaughter of Christians, Yazidis, and other ethnic minorities in Iraq and Syria from speeches before they are delivered and other official documents, according to human rights activists and attorneys familiar with the policies.

This is absolutely unacceptable and cannot be tolerated.  And it begs the question, “Why?”

Unelected deep state holdovers are quietly trying to undo everything we have accomplished in our campaign, which began years ago, to pressure the U.S. government and the international community to recognize the ISIS atrocities against Christians and other religious minorities and to take meaningful action to protect the victims.

We worked tirelessly making the case to the Obama State Department that the legal threshold for genocide was satisfied, and that ISIS specifically targeted Christians as victims.  And finally, in March of 2016, after embarrassing resistance and delay, then-Secretary of State John Kerry relented and announced his judgment that ISIS was in fact committing genocide and that Christians were victims.

This was a marked change in U.S. policy bringing with it new legal obligations under the Genocide Convention.

We did not stand down; we intensified our campaign and developed a 7-point plan for global legal advocacy for Christians facing genocide. As part of our plan, we had taken our message to the United Nations, where we were hopeful that the U.S. delegation and the State Department, having newly recognized that genocide was being waged on Christians, would get to work organizing and leading international efforts to honor our treaty obligations.

After more than a year of delays and stonewalling from the State Department bureaucracy, it has become crystal clear from the limited documents the State Department has finally turned over to us – under court order – that the Obama Administration took no discernable action to protect Christians or end the genocide. Our FOIA case continues and we hope to uncover more information, but so far what we feared appears to be reality.  The Obama Administration was all talk and no action on genocide.

The latest revelations that Obama holdovers are actually attempting to reverse course shows that the Obama Administration NEVER intended its genocide recognition to carry any weight whatsoever.

This is beyond a travesty.  Dying Christians – slaughtered, beheaded, crucified – have been betrayed.

We will not stand for this. We will not allow the deep state shadow government to manipulate U.S. policy to leave Christians to die at the hands of jihadist genocide.

And now, those same State Department bureaucrats that worked so hard to ignore the ISIS genocide and its Christian victims are hard at work again – censoring words that acknowledge the genocide, like some kind of Orwellian propaganda machine.

According to the story’s sources, “[t]hese efforts guarantee that Obama-era policies that worked to exclude Iraq’s Christian and other minority religious populations from key U.S. aid programs remain in place.” This is a glaring example of unelected bureaucrats planted deep in federal agencies trying to take us backward to the Obama Administration’s flawed and failed policies.  Ignoring ISIS then proved to be an immensely foolish and costly mistake. Continuing to ignore ISIS today is worse than foolish; it is willfully complicit in genocide.

According to the report, Richard Visek, who runs the State Department's Office of Legal Adviser, “is behind the decision to remove the word ‘genocide’ from official documents, according to Nina Shea, an international human rights lawyer who directs the Hudson Institute’s Center for Religious Freedom.” President Obama appointed Visek to that spot in October 2016 – just one month before the presidential election.

There is certainly a lot of work left to do to counter the ISIS genocide, but to see the progress we have made being undercut from within is a travesty of epic proportions, especially when the betrayal is at the hands of unelected bureaucrats pushing failed policies American voters rejected.

We will stand against the outrageous and dangerous actions of these Obama holdovers. We will get to the bottom of who in the State Department is part of this reckless and irresponsible scheme to continue ignoring the ISIS genocide and the Christians massacred and displaced.  And we’ll demand all the records, which we are entitled to under the law, that will expose why they’re so relentlessly committed to ignoring the genocide.

This is the only way to stop the betrayal. Christians deserve protection, not subversive sabotage.

If the deep State Department bureaucracy refuses to comply with the law and turn over the incriminating information to us, we will go right back to federal court. And we will win. The law is on our side. Now we must be on the side of dying Christians.

Stand with as we advocate for the Christians targeted by ISIS for extermination. Sadly, we again find resistance from the Obama Administration months after it left office, but we are not going to stand idly by.  We’ve already taken the Obama State Department to federal court, and we will certainly do it again if we have to.

Join us, sign our petition today and make your voice heard.