After “90% of Christians Have Fled” Iraq, Help Is Finally on the Way for Christian Victims of Genocide Thanks to USAID and ACLJ Advocacy | American Center for Law and Justice
Search  |  Logout  |  Login  |  Register 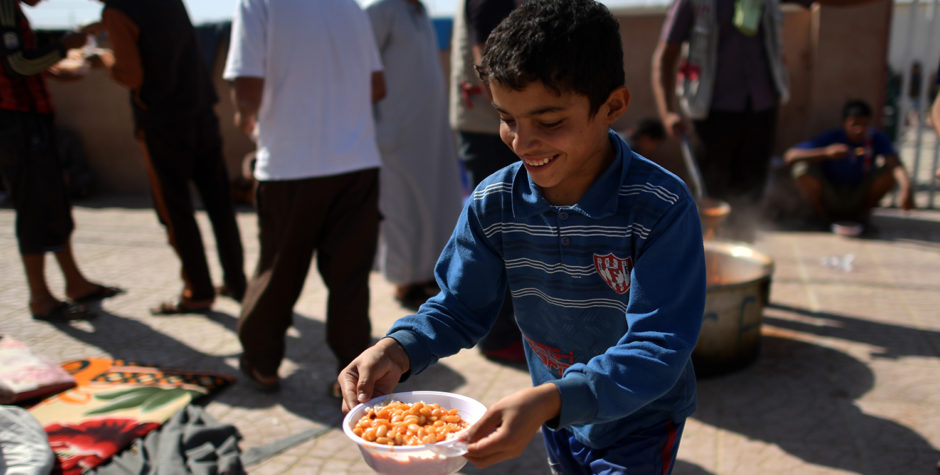 After “90% of Christians Have Fled” Iraq, Help Is Finally on the Way for Christian Victims of Genocide Thanks to USAID and ACLJ Advocacy

Help Is on the Way for Christian Victims of Genocide

After years of living in terror, and fleeing a nightmare, Christians in Iraq are finally starting to receive the much-needed aid they require to start over.

The brutality and bloodshed Christians have suffered in the Middle East at the cruel hands of ISIS terrorists because of their faith is unprecedented. Now ISIS is weakened and running scared, but they’ve left a trail of carnage in their wake.

We have a moral obligation to offer all the assistance we can. We told you how, as part of our ongoing advocacy campaign to provide relief to Christians and other religious victims of the ISIS genocide, we’ve sent numerous legal letters to key figures within the international community. We have demanded “recognition and declaration of the atrocities committed by ISIS against Christians as genocide, in order to trigger the provisions of the Genocide Convention and provide relief and aid to religious minorities facing genocide.”

Last year we sent new legal letters to 12 nations, 10 of which were directly affected by the ISIS Genocide, including the United Kingdom (U.K.).  We urged each of those world leaders to apply maximum pressure to the U.N. to intervene and provide desperately needed relief to the victims of ISIS.

As we reported to you, a representative for Britain’s Prime Minister responded to our letter, agreeing that there was an urgent need. Their letter stated that the U.K. was committing more than “£90 million in Conflict, Stability and Security Fund funding to Iraq, including over £25 million helping to make helping to make areas that have been affected by conflict safe . . . so that civilians can return to their homes.”

While we will continue to urge the rest of the world’s leaders to step up, we cannot wait for them. Too many lives are at stake. The United States and President Trump have already committed to not only eradicating the scourge of ISIS entirely, but to aiding the displaced victims returning to their homeland. Last year, Vice President Mike Pence committed the U.S. to deliver more aid to Christian victims in the Middle East.

“We will no longer rely on the United Nations alone to assist persecuted Christians and minorities in the wake of genocide and the atrocities of terrorist groups,” Pence told the crowd gathered in Washington, DC, for the annual summit of In Defense of Christians (IDC).

“The United States will work hand in hand from this day forward with faith-based groups and private organizations to help those who are persecuted for their faith. This is the moment, now is the time, and America will support these people in their hour of need.”

Earlier this year, the Administration began to deliver on this promise. As we said at the time:

It may be the biggest step forward in our genocide campaign since the U.S. officially recognized the “genocide against . . . Christians.” The U.S. government has just secured a major concession from the U.N. allowing relief aid to be delivered directly to Christians and other religious minority victims of genocide in Iraq – something we have been aggressively advocating for since we began our genocide campaign.

Now, Mark Green, Director of the U.S. Agency for International Development (USAID), recently wrote an op-ed in the Wall Street Journal echoing the words of the Vice President and the current Administration, promising more humanitarian aid to Christians and other religious minorities in Northern Iraq.

At the direction of the president and vice president, USAID is now redoubling its effort to swiftly deliver and distribute the aid that Iraq’s persecuted religious communities desperately need. The delays must end, and they will.

Every day of delay brings persecuted communities that much closer to extinction. In Iraq alone, nearly 90% of Christians have fled in the past 15 years, emptying entire villages that had stood for more than a thousand years. The Yazidi population has been similarly decimated. Without immediate additional support, these groups may be forced to continue their unprecedented exodus, perhaps never to return to their ancient homes.

The United States has already sent more than $60 million dollars in aid to the region. The money was used to rebuild schools, hospitals, wells, and even power stations to assist the victims who fled from ISIS return and rebuild their communities.

This is a huge victory we have been advocating for, delivering help to Christians trying to sift through the devastation wrought by ISIS. USAID will provide much needed resources and assistance for these innocent victims.

But there is still so much work to be done. Many Christians in the region are still living in fear and desperation. The need for support is still great and America and the U.K. cannot shoulder it alone.

We recently told you that we just filed a vital written submission at the U.N. demanding that the U.N. recognize the genocide in Iraq and Syria and protect Christians and other religious minorities returning to their homes. We have presented the sad, true stories of Christian tragedy that has resulted from this bloody Genocide.

We will continue to reach out to the international community and advocate on behalf of the victims of ISIS until every one of them receives the aid they need to safely return home, rebuild their life, and live out their faith without fear.

Join us in standing up for them. Sign our petition today.