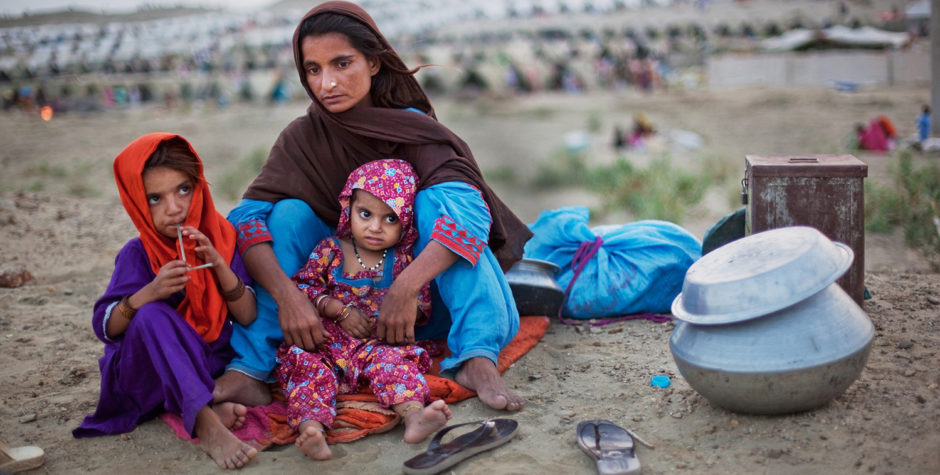 There remains a mass humanitarian crisis in the Middle East where Christians have been terrorized, attacked, and brutally murdered in an atrocious genocide. We’re taking action.

Christians have been forced from their homes, barbarically slaughtered, tortured, and denied critical aid. As one young survivor who was viciously abused and tormented bluntly put it, "We cried to the U.N. . . . but nobody came to help us. Today, the village is surrounded by mass graves." Now we have once again taken these victims’ harrowing stories to the U.N. Human Rights Council.

As we’ve reported, even while weakened and losing ground in Iraq, ISIS genocidal against Christians and other religious minorities continues to impact the region. Christians attempting to return home and start their lives over in Iraq have found the region is still deadly, and have been forced to flee again.

Through our international affiliate with consultative status at the U.N., the European Centre for Law and Justice (ECLJ), we have just filed a vital written submissions to the U.N. Human Rights Council demanding that the U.N. recognize the genocide in Iraq and Syria and protect Christians and other religious minorities returning to their homes.

As our submission on the genocide in Iraq and Syria stated:

The actions ISIS has been carrying out against Christians and other religious minorities in Iraq and Syria clearly embody the definition of genocide as enshrined in the Convention on the Prevention and Punishment of the Crime of Genocide.

ISIS’s systematic pattern of widespread murder and sexual abuse has forced thousands of Christians to flee from Iraq. These acts are leading to the wholesale destruction of Christians as a group in the region. Massive deportations, widespread killings, and countless rapes may be construed as steps in the process of “gradual weakening of the population” that will result in a religious cleansing of all Christians from ISIS controlled territories.

Previously we have told you about U.N. Security Council Resolution 2379, which establishes a mechanism to finally start collecting evidence of genocide (the first step in protecting its victims), and the subsequent passage of the Terms of Reference. As stated in the Terms of Reference, the Secretary-General of the U.N. shall appoint a “Special Adviser” to over see an Investigative Team which “shall support domestic efforts to hold the terrorist group Islamic State in Iraq and the Levant (ISIL) . . . accountable by collecting, preserving and storing evidence in Iraq.”

We reminded the U.N. Human Rights Council how vital this resolution is and that they should work to ensure that this “critical mission begin without delay.” Our submission stated:

This is only the beginning step in a long overdue process. This council and all Member States must demand that the Special Adviser be appointed immediately. It will take time for the Investigative Team to collect and preserve the evidence of the ISIS genocide. Meanwhile, the victims are still suffering, and while ISIS is now on the run, the damage that has resulted from the ISIS genocide has created a massive humanitarian crisis. In order to provide for the lasting resettlement of Christians and other ethnic minorities there are two actions that the U.N. must take immediately.

Our submission went on to point out how essential it is that the world’s leaders publicly acknowledge the actions of ISIS as genocide in order to provide for the security and assistance needed for the victims to return home.

A declaration of genocide is necessary because it opens up avenues of aid that are otherwise unavailable to the victims of the ISIS genocide and the U.N. can begin to take the steps necessary to halt the genocide and fulfil its responsibility to protect the victims.

We have a moral obligation to act for innocent Christians living under the threat of terror and genocide all over the world. We're expanding our Persecution Project to protect Christians. We also recently filed a submission with the U.N. Human Rights Council highlighting the horrific plight of Christians facing barbarically brutal persecution in Nigeria.

We have gone to the U.N. to tell the stories of Christian tragedy. We're forcing the international community to pay attention. We're insisting that they act.

We're making a tremendous impact, and reaching key leaders in the international community, but there is still much work to do. We need YOU.

Join over 700,000 others. Demand protection for Christians from the scourge of genocide TODAY.