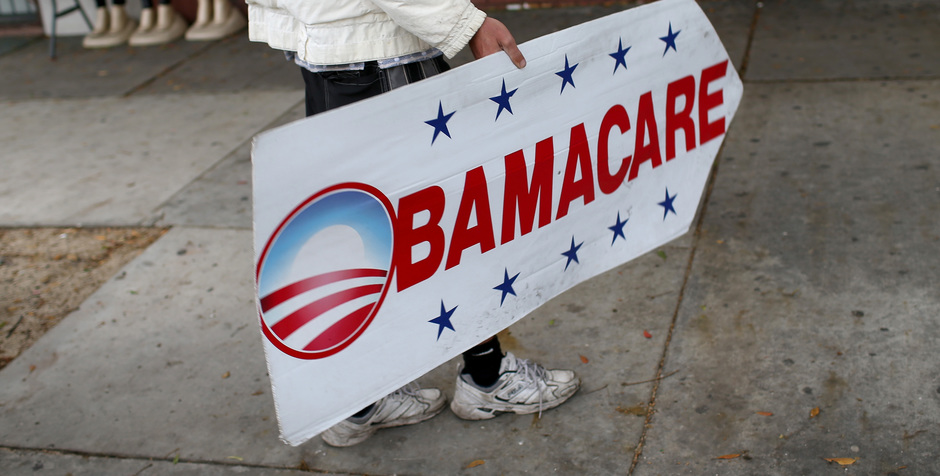 The Affordable Care Act (ObamaCare) was enacted with great fanfare and unrivaled deception in 2010 as part of a duplicitous plan to destroy America’s private health care system as we know it.

The Speaker of the House at the time, Nancy Pelosi, infamously said in March 2010 that, “we have to pass the bill so you can find out what is in it away from the fog of controversy.”  The fog  has now cleared, revealing that the proverbial emperor is wearing hardly any clothes at all.

Instead, it is unmistakably clear the such claims were false when made. We are left with a tumor on our healthcare system, a leach on the finances of an already crushed middle class, and a Trojan horse for the abortion industry to peddle its deadly agenda. Moreover, as analyst Lawrence Hunter correctly calculated in 2013, the turmoil afflicting ObamaCare “is best understood not as an unexpected explosion, but rather as a case of a controlled demolition gone haywire.” Hunter’s claim resonates because the facts show that ObamaCare, at its inception, was designed to lead to the introduction of a public option so that the government and progressives could control one-sixth of the American economy.

Despite this implosion, which has been accelerated by the spiraling cost of health care premiums throughout the United States, and despite the duplicity that made the passage of pro-abortion ObamaCare possible, the urgent implementation of a plan to repeal and replace this law will take some time. Consequently, it is essential to begin dismantling ObamaCare on Day One of President-elect Trump’s Administration.

The ACLJ offers seven proposals that President-elect Trump should implement on Day One of his Administration as part of a courageous plan to dismantle ObamaCare.

First, consistent with the rule of law, consider issuing an immediate waiver of all fines and penalties associated with the individual mandate. In the alternative, the Trump Administration could instruct the IRS to make collection of this tax penalty a low priority, thus signaling that individual taxpayers would not be penalized for failing to purchase qualifying insurance plans that comply with the minimum essential requirements of the law. This would encourage citizens to purchase non-compliant health insurance policies that are less expensive than those available on ObamaCare exchanges. Indeed, this possibility has been embraced, at least in part, by the current Administration.

Second, in a decision issued by Judge Rosemary Collyer in May 2016 as a result of a case brought by the U.S. House of Representatives (House v. Burwell), she held that the Obama Administration’s decision to reimburse health insurers for benefits paid to low-income beneficiaries was a form of unconstitutional cost-sharing. President Trump should embrace this decision and drop the Obama Administration’s current appeal. Indeed, the Trump Administration should determine whether there is a legal basis to recover the roughly $14 billion dollars that insurance companies have already received.

Fourth, the Trump Administration should adhere to the provisions of the ObamaCare law disallowing health insurance companies from being reimbursed before the United States Treasury receives its funds. As Christopher Jacobs explains, in an article published at The Federalist, “the law states that, once reinsurance funds come in, Treasury should get repaid for the $5 billion cost of a transitional Obamacare program before insurers receive any reimbursement for their high-cost patients.” Jacobs also points out that the Congressional Research Service has determined that the Obama Administration violated the text of the statute by prioritizing payments to insurers over payments to the Treasury. Accordingly, the Trump Administration should simply adhere to the text of the ObamaCare statute.

Sixth, the Trump Administration should halt all outreach efforts and eliminate enrollment assistance funds for the ObamaCare market places. This move would likely reduce the number of ObamaCare enrollees.

Seventh, since insurance companies have profited richly from ObamaCare earning record profits in 2015, the Trump Administration should follow Christopher Jacobs’ advice and use the bully-pulpit of his presidency against insurers. This is an important first step that will make efforts aimed at dismantling the law more politically palatable.

The American people have waited a long time for a healthcare law that complies with the rule of law and commonsense. The ACLJ believes that these seven steps are merely the opening salvo in what may prove to be a difficult battle ahead.

We urge President-elect Trump to adopt these steps to quicken the demise of pro-abortion ObamaCare, restore the rule of law to healthcare policy in the United States, and begin the path of truly reforming our healthcare system to provide cheaper prices, more transparency, and better results.

The American people deserve no less.