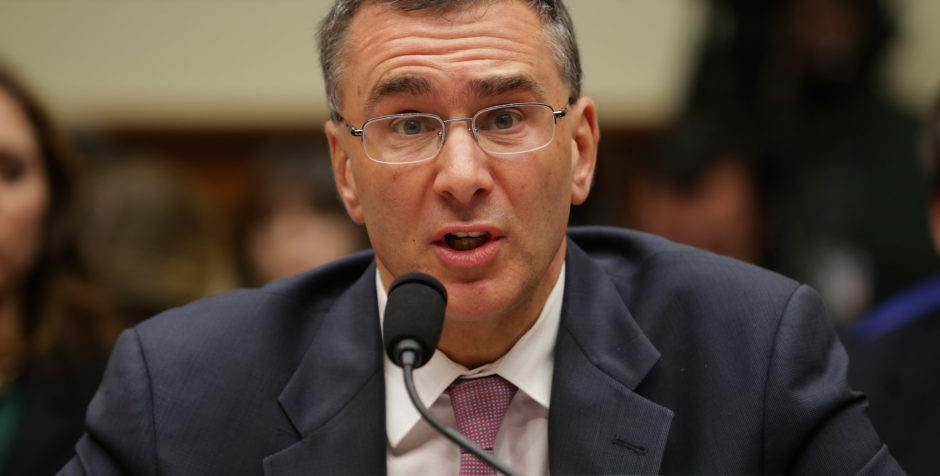 What if you hired an architect to build you a house and the house collapsed during the housewarming party? Well, that pretty much sums up the work of Dr. Jonathan Gruber, former MIT economist and a chief architect of ObamaCare.

As we’ve been reporting for years, Gruber duped the American people:

The lesson we learn from Jonathan Gruber (the MIT professor turned high-paid ObamaCare architect who admitted the Administration deceived the public to pass ObamaCare) is that the Obama Administration will do or say anything to prop up ObamaCare.

As Mr. Gruber’s architectural debacle continues to collapse on the American people, you would think that an epic fail like his would make it challenging for him to attain gainful employment, yet “[o]fficials in Vermont had hired Gruber as an economic consultant to assess, examine and provide economic models for a now-abandoned plan to roll out a single-payer health care system across the tiny state.”

For years, we’ve not only exposed his lies, but have detailed his ongoing self-dealing relationships with ObamaCare and state government programs to implement it. He created the program’s problems and then has been richly rewarded for trying to “fix” it.

Gruber – who became a household name in 2014 when he spoke disparagingly about the “stupidity” of the American people, finds himself no longer employed at his latest job “as a taxpayer-funded economic consultant for [Vermont’s] health care system.” Vermont Attorney General T.J. Donovan – who concluded that Gruber’s conduct violated the Vermont Civil False Claims Act – “reached an agreement to settle the state’s potential legal claim that Gruber submitted false [personal services contract] claims to the state.”

This is how a local paper described Gruber’s conduct:

Donovan said Gruber’s personal services contract with the state was a standard “time and materials” contract that specified Gruber would be paid only for services actually performed. The contract required Gruber to submit monthly invoices describing the work performed and the amounts billed for such work.

Donovan’s office found that Gruber submitted at least two invoices that were false with respect to the amount of work performed by a research assistant working for Gruber. The supporting documentation provided by Gruber did not reflect the actual hours worked by the research assistant, nor did the assistant keep records accurately reflecting the hours he devoted to the state project, Donovan said.

Ultimately, the single-payer proposed plan – under the name Green Mountain Care – was not going to work, having been deemed too expensive for the small population of Vermont. But it wasn’t Gruber’s failed work on the plan that was his eventual undoing – it was his apparent fraudulent billing practices that finally led to his dismissal.

As we’ve articulated for years, deception is Gruber’s modus operandi. He deceived the American people on ObamaCare. It was Gruber who once infamously quipped: “Lack of transparency is a huge political advantage. And basically, call it the stupidity of the American voter or whatever, but basically that was really, really critical for the thing to pass;” that  “by mislabeling [the tax on certain premium health care plans], calling it a tax on insurance plans rather than a tax on people, when we know it’s a tax on people who hold these insurance plans;” that the American people are too “stupid to understand;” and that “it’s a very clever, you know, basic exploitation of the lack of the economic understanding of the American voter.”

But his deception goes far deeper. As we’ve detailed:

Gruber has also written extensively on his view that the abortion of “marginal children” is a “social good.”  In a “scholarly” paper he co-authored titled, Abortion Legalization and Child Living Circumstances: Who is the “Marginal Child?”, he concluded that “the legalization of abortion saved the government over $14 billion in welfare payments through 1994,” referring to abortion of poor children as “positive selection.”

But is it any wonder now that in a bill written by the man with these twisted views on abortion, who bragged about the “tortured way” the bill was written, would include a plethora of deceptive funding mechanisms for abortion.

The corrupt Obama Administration and its cronies not only disparaged Americans in word, but also in deed. It’s time to root out the corruption.