How Bad is Obamacare? Remember the Context for Gruber’s Deceptions | American Center for Law and Justice
Search  |  Logout  |  Login  |  Register 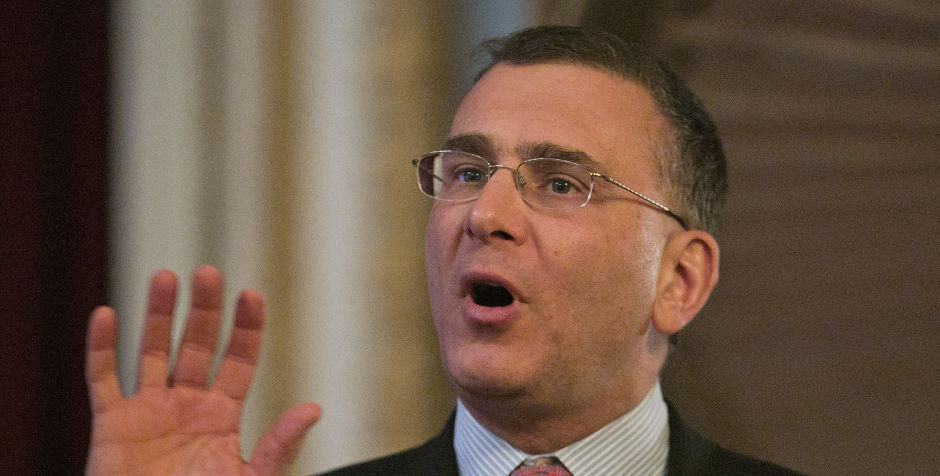 How Bad is Obamacare? Remember the Context for Gruber’s Deceptions

How Bad is Obamacare?

As now the third video emerges of “Obamacare architect” Jonathan Gruber ”insulting voters,” it’s important that we remember the context for Obamacare’s lies, spins, evasions, and deliberate obfuscation. Obamacare was so expansive, so unpopular, and so outside the perceived will of the voters, that Gruber and his administration allies felt that they had to intentionally confuse and deceive the American people to pass health care reform through a Democrat-dominated Congress.

Remember, these were the halcyon days of President Obama’s alleged mandate — when mainstream pundits were heralding a potential sea change in American politics, when Time declared Republicans an “endangered species.” Yet Obamacare’s architects knew they were moving farther and faster than the American people wanted. They knew that if they wrote a law in plain English that even their Democratic allies in Congress would reject it. They knew that if they explained the true effects of the law — including the existence of very real trade-offs — that not even a filibuster-proof majority in the Senate could save them.

For years, conservatives have been arguing that the divisiveness and anger of the last several years are exactly what happens when major social legislation is passed on a purely partisan basis. The reality, however, was much worse. The administration passed major social legislation not just by strong-arming Republicans but also by deceiving its own allies. That’s not just partisan, it’s deceitfully partisan, and as Democratic politicians survey the charred remnants of their 2009 “mandate” and polish up their CVs, they can shake their now-unemployed fists at the White House that cost them their jobs.

It’s easy to imagine a number of far more modest reforms that would have garnered some degree of Republican support, especially as purple-state Republicans feared for their own professional lives after President Obama’s election. But this was an administration that was far more ambitious — aid for the poor and near-poor wasn’t enough. It had to increase access to abortion. It had to turn employee health plans into the next front of the culture war. It had to give the IRS an even greater degree of access to Americans’ private lives. It had to increase regulatory authority over myriad aspects of American health care. It had to engage in stealth redistribution of wealth.

While the truly partisan pundits are unfazed by Gruber’s compulsive truth-telling, will the allegedly more mainstream media revise its own history of the Obama presidency? Is the problem with Obamacare truly Republican “obstructionism,” or is it administration deception — featuring a willingness to deliberately make the provision of American health care needlessly complex to accomplish hyper-partisan ideological goals?

How bad was Obamacare? So bad it couldn’t even pass through a Democratic supermajority on its own merits.