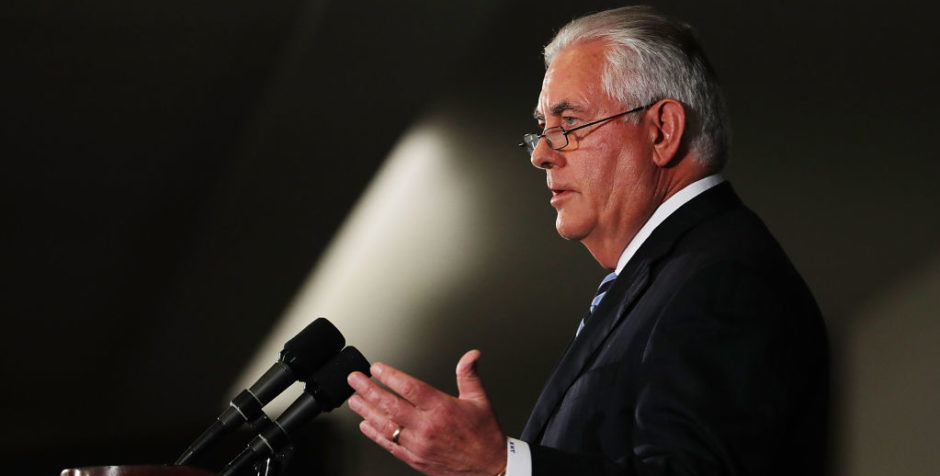 ACLJ to Secretary Tillerson: You Can End the “Random Selection” Visa Invitation to Terror Now

Today, the ACLJ sent a letter to the Secretary of State, Rex Tillerson, advising him that he has the power to immediately close the legal loophole used by the terrorist Sayfullo Saipov to enter the United States: the Diversity Visa Program. There is no reason this program should remain in effect any longer. We must protect American lives.

On Oct. 31, 2017, Saipov, who pledged his allegiance to ISIS, used a rented truck to mow down innocent pedestrians in the streets of New York City. His brutal rampage left eight dead and over a dozen injured in the deadliest terror attack in New York since 9/11.

Seven years earlier, Saipov entered the United States legally through the Diversity Visa Program. This program is a legal loophole, rife with fraud and is detrimental to our national security. We believe every legal action must be taken to prevent this sort cowardly act from ever happening again. That means closing this loophole.

As we have explained:

This DV program “makes up to 50,000 immigrant visas available annually, drawn from random selection among all entries to individuals who are from countries with low rates of immigration to the United States.” Applicants must have a “clean” criminal record, reside in an eligible country, and have at least a high school equivalent education or have spent two of the past five years in an occupation that requires at least two years of experience to perform.

In 2017, the word “random” shouldn’t be in our immigration code.

To that end, we have proposed a common-sense four part plan to reform our immigration system, end the Diversity Visa Program, and put our national security first (you can read the entire policy proposal here). The first step is for the Secretary of State to take immediate action to effectively end the program. We advised the Sec. Tillerson accordingly as follows:

[I]n light of the evidence and in response to this week’s tragic terror attack, we believe it is prudent for you to take immediate action pending a permanent legislative solution from Congress. We believe you should exercise your statutory authority to revoke all diversity visas issued from this point forward concurrently with their statutorily required issuance and, in light of recent Supreme Court guidance, before any visa recipient has established substantial ties to the United States.

It is critical that we update our immigration programs to eliminate any random selection for entry into the country. The United States must instead adopt a strategic policy that prioritizes our national security. In the meantime, we encourage you to exercise your authority to protect the American people from this vulnerability.

At the ACLJ, we have consistently advocated for policies that protect American lives and secure or nation. We encourage Secretary Tillerson to take this immediate action to end this outdated and dangerous program. There is more that needs to be done, but this is a vital first step. With your help, we can get the job done.