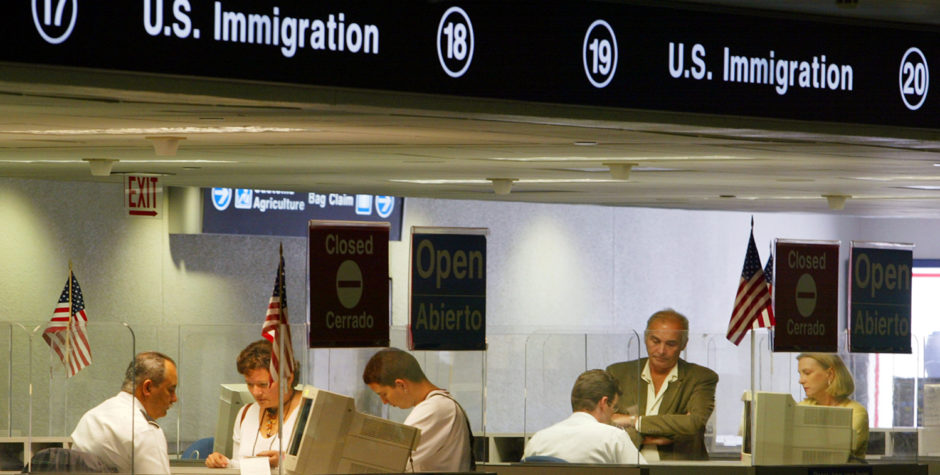 NY Terrorist Entered the US Through “Random” Immigration Lottery

Terrorist Entered US Through Immigration Lottery

On October 31, 2017 Sayfullo Saipov murdered eight innocents and seriously injured twelve others in New York City in an act of terror. Saipov perpetrated this brutal attack with a rented truck, running down pedestrians before crashing into a school bus. Then, he got out of the truck and witnesses heard him scream “Allahu akbar.” In the truck, Saipov left a note pledging his allegiance to ISIS.

To be clear, Saipov is a radical Islamic terrorist and he did exactly what ISIS has been ordering its jihadist soldiers to do across the globe.

Saipov legally entered the United States from Uzbekistan in 2010 through the Diversity Visa Program (DVP). He has lived in the U.S. as a permanent resident alien for seven years. This program was created in 1990 by the Immigration and Nationality Act, codified in 8 U.S.C. §1153(c).

This DVP program “makes up to 50,000 immigrant visas available annually, drawn from random selection among all entries to individuals who are from countries with low rates of immigration to the United States.” Applicants must have a “clean” criminal record, reside in an eligible country, and have at least a high school equivalent education or spent two of the past five years in an occupation that requires at least two years of experience to perform.

The government has known this DVP “random selection” visa program poses “significant risks to national security” for over a decade. In 2007, the Government Accountability Office (GAO) issued a report titled “Fraud Risks Complicate State’s Ability to Manage Diversity Program.” The report unequivocally explains the threat posed by the DVP:

[The State Department’s Inspector General] raised concerns that aliens from designated state sponsors of terrorism are eligible for the DV program. Since 2000, nearly 9,800 aliens from state sponsors of terrorism have received diversity visas. The IG stated that the DV program posed significant risks to national security from hostile intelligence officers, criminals, and terrorists attempting to use the program for entry into the United States as permanent residents. . . .

[A]s we have previously reported, the Department of Homeland Security, terrorism experts, and federal law enforcement officials familiar with immigration fraud believe that some individuals, including terrorists and criminals, could use fraudulent means to enter or remain in the United States.

At the ACLJ, we have constantly advocated for strong comprehensive immigration policy that protects our national security. The state of the world in 1990 when this law was enacted is not the same in 2017. In the age of terrorism, “random” should never be a part of our nation’s immigration policy.

At the ACLJ, we are preparing a comprehensive legal strategy to ensure our national security. We are pursuing legal demands, policy proposals, and work through our government affairs office to close the legal loopholes, repeal the open invitation to terrorists, and secure our nation.