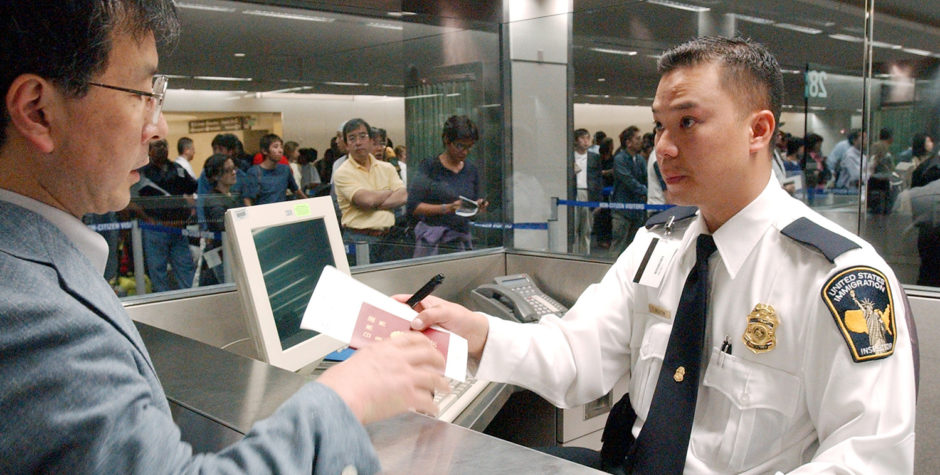 Protecting the Homeland: Toward a Coherent Immigration Policy that Places our National Security First

On October 31, 2017 Sayfullo Saipov murdered eight innocents and seriously injured twelve others in New York City in an act of terror. Saipov perpetrated this brutal attack with a rented truck, running down pedestrians before crashing into a school bus. Then, he got out of the truck and witnesses heard him scream “Allahu akbar.” In the truck, Saipov left a note pledging his allegiance to ISIS.

To be clear, Saipov is a radical Islamic terrorist, and he did exactly what ISIS has been ordering its jihadist soldiers to do across the globe. Furthermore, this was made possible by a bipartisan failure that began twenty-seven years ago.

Saipov legally entered the United States from Uzbekistan in 2010 through the Diversity Visa Program (DV). He has lived in the U.S. as a permanent resident alien for seven years. This program was created in 1990 by the Immigration and Nationality Act, codified in 8 U.S.C. §1153(c). He was questioned by investigators though there is no evidence he was necessarily a suspect himself.

This DV program “makes up to 50,000 immigrant visas available annually, drawn from random selection among all entries to individuals who are from countries with low rates of immigration to the United States.” Applicants must have a “clean” criminal record, reside in an eligible country, and have at least a high school equivalent education or have spent two of the past five years in an occupation that requires at least two years of experience to perform.

The DV program makes little sense in a world where (1) the West is increasingly targeted by deliberate (non-random) Islamic terrorists; (2) terrorists, taking full advantage of the path of least resistance, have spread “like cancer among the refugee population thus threatening Europe and the United States;” and (3) 65% of terrorism-related convictions since September 11, 2001 through the end of 2014 were brought against foreign born individuals.

Allowing random entry to the United States is inconceivable in light of a string of deliberate, and therefore non-random, ISIS ordered and inspired vehicular attacks throughout the world over the past eighteen months. This deadly string of terror attacks includes (1) the December 19, 2016 terrorist attack by a jihadi who drove a truck through a Christmas market in Berlin, killing 12 people and injuring 49 others; (2) the March 22, 2017 killing of six people and injuring 50 others as a terrorist drove a car over Westminster Bridge in London; (3) the June 3, 2017 terrorist attack where a group of attackers used a van to kill 7 people and injured dozens more on the London Bridge; and (4) the August 17, 2017 terrorist attacks in Barcelona, wherein jihadis slammed a white van into pedestrians killing 13 people and injuring more than 100 others. This timeline also includes the tragic July 14, 2016 attack by a Tunisian-born French resident, who drove a 19-ton truck through crowds celebrating Bastille Day in Nice murdering 86 people and injuring hundreds more.

All of these incidents and all of these deaths are the result of a deliberate premeditated strategy by enemy combatants to cause mayhem and fear within the West. Given this background, maintaining a diversity visa lottery, which enables the random admission of potential terrorists, is simply incomprehensible. In addition, it has been clear since 2007 that the Diversity Visa (DV) program is susceptible to fraud. A 2007 GAO report indicated the following:

The DV program is vulnerable to fraud committed by and against DV applicants, but State has not compiled comprehensive data on detected and suspected fraudulent activity. At 5 of the 11 posts we reviewed, consular officers reported that the majority of DV applicants, lacking access to a computer or internet savvy, use “visa agents” to enter the lottery. Some agents take advantage of DV applicants; visa agents in Bangladesh have intercepted applicants’ program documents and charged ransoms of up to $20,000 or coerced applicants into sham DV marriages. Consular officers at 6 posts reported that widespread use of fake documents, such as birth certificates, marriage certificates, and passports, presented challenges when verifying the identities of applicants and dependents.
Difficulty in verifying identities has security implications because State’s security checks rely heavily on name-based databases. In 2003, State’s Inspector General raised concerns that aliens from countries designated as state sponsors of terrorism can apply for diversity visas. Nearly 9,800 persons from these countries have obtained permanent residency in the United States through the program,

While the immediate dissolution of this diversity program, which enables aliens from countries that are designated as state sponsors of terrorism to randomly enter the United States, may trigger cries of political correctness, racism, and discrimination by some commentators, it is abundantly clear that maintenance of this program in a world of terror represents spineless naiveté, which puts America’s national security, and American lives, at risk.

Instead of falling prey to spinelessness, the ACLJ believes that we should take the following steps expeditiously:

The ACLJ believes these are necessary steps that place our nation’s security first. The time for political correctness that costs human lives is over.