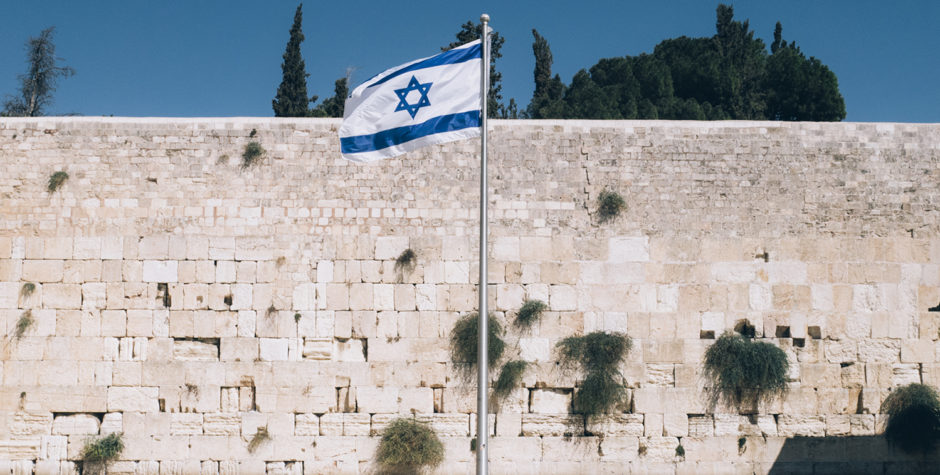 ACLJ Once Again Stands For Israel at the ICC

ACLJ Once Again Stands For Israel at the ICC

As we’ve discussed here before, Palestinian officials and their many anti-Semitic, anti-Zionist, and anti-Israel supporters around the world continuously demand that the International Criminal Court (ICC) investigate and try Israeli nationals for a whole host of made-up offenses which the Palestinians claim are “war crimes” and “crimes against humanity” and which the Palestinians instigate themselves.

Just this week, the Palestinian Authority (PA), which has once again joined a unity government with the terrorist group Hamas, has gone to the ICC, filing a new referral of bogus charges against Israel for defending its borders.  This time more than 50 Hamas and other jihadist operatives attempted to invade Israel in response to the U.S. moving its embassy to Jerusalem. Israel responded in self-defense resulting in the deaths of these jihadist operatives. Yet the PA is the one accusing Israel – not the terrorists – of war crimes.

The simple fact is that there is no nation on Earth that would respond with the patience and restraint that Israel has exhibited when faced with the provocations Israel faces every day along its borders. When Israel, the innocent party, is roundly condemned for defending its territory and its citizens against violent acts perpetrated by Hamas and other internationally-recognized terrorist groups which call for Israel’s total annihilation, people of good will who value truth and the cause of justice cannot sit on the sidelines and remain silent.

That’s why we have engaged—and continue to engage—with the ICC in support of Israel.

As you may recall, on or about February 8, 2018, we sent a lengthy letter to the ICC Prosecutor citing five specific reasons why the ICC lacks jurisdiction to investigate and try Israeli nationals for war crimes and other serious offenses alleged by the Palestinians. In that letter, we thoroughly discussed the first four reasons why the ICC lacks jurisdiction over Israeli nationals. We also informed the ICC Prosecutor in that letter that—because of the length of the fifth argument—we would discuss the fifth reason in a separate letter. We filed that letter this week.

The letter we have just filed deals with an issue called “complementarity.” That term comes from the principle in the Rome Statute that the ICC was created to complement, not replace, national courts in investigating and adjudicating possible war crimes and crimes against humanity. Ideally, states would handle all such matters themselves, leaving nothing for the ICC to handle. True success in this area would be that the ICC would have nothing to do.

The ICC was created by a treaty known as the Rome Statute. And the Rome Statute clearly states that ICC jurisdiction may occur only if the State concerned is either unwilling or unable to investigate and prosecute (assuming the evidence so warrants) those accused of the crimes set forth in the Rome Statute.

The letter we just filed demonstrates without doubt that Israel possesses a functioning legal system up to the task of handling such crimes when they occur. Israel is both willing and able genuinely to investigate and, when the evidence so warrants, to bring to trial its own soldiers accused of violating the Law of Armed Conflict.

Not only is Israel both willing and able to pursue investigations of potential wrongdoers in its own armed forces, Israel has repeatedly done so. Israel has tried and convicted its own nationals before military courts martial when the evidence indicates that they have violated the Law of Armed Conflict.

That is all that the principle of complementarity requires—and Israel’s legal system does not shy away from bringing its own soldiers to trial when they have violated the Law of Armed Conflict. Hence, even though Israel, as a non-party to the Rome Statute, is not bound by the terms of the Statute, Israel nonetheless fully and independently meets the Statute’s requirements with respect to complementarity. Accordingly, the ICC lacks authority to investigate and try Israeli nationals.

In sum, the ACLJ / ECLJ team of lawyers is paying close attention to what the ICC Prosecutor is doing vis-à-vis Israel. We will strongly respond when we determine that the ICC is acting politically rather than as a court should, based on the Rule of Law.

We have thwarted such attempts to undermine and prosecute Israel at the ICC in the past, defending Israel’s interests directly before the Office of the Chief Prosecutor at the ICC – and winning. And we stand ready, willing, and able to do so again.