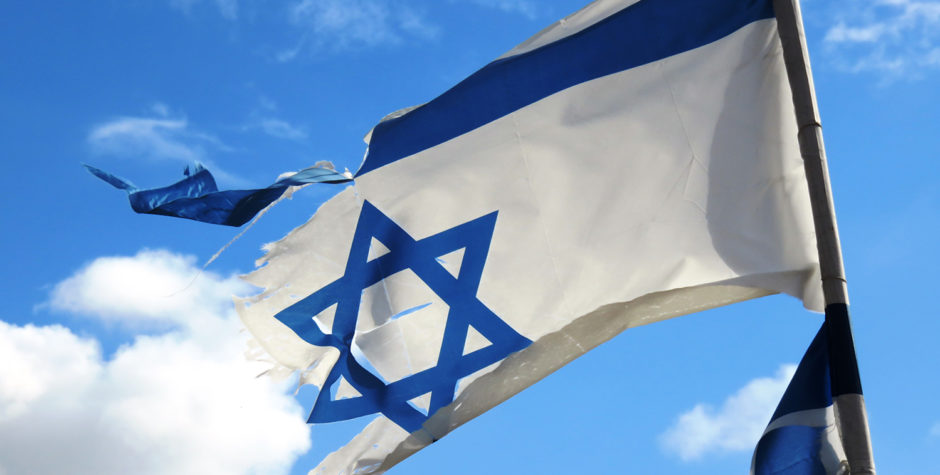 Taking Action on the U.N.'s Lawfare Against Israel

Recently, the United Nations Development Assistance Framework (UNDAF) published their intention to spend millions of dollars funding anti-Israel discrimination. These funds will be set aside to actively train Palestinians on how to engage in lawfare against the State of Israel.

As we explained before:

The United Nations just announced a plan to pay the Palestinian Authority (PA), a known sponsor of terror, as much as $65,000,000 to wage lawfare against the State of Israel. . . .

Even worse, now that Hamas, a recognized terrorist organization, has signed a unity deal with the PA, it means that the U.N. is funding a terrorist-led legal war (lawfare) against our ally Israel. And since the U.S. funds the U.N. – upwards of 22% of the U.N.’s annual budget – it’s now a taxpayer-funded jihadist legal war on Israel.

As we battle to defend Israel’s interests in courts and at international tribunals across the globe, we will literally be facing this anti-Israel slush fund.

In response, the ACLJ just sent a legal letter to the United States Permanent Representative to the United Nations, Ambassador Nikki Haley, regarding the allocation, urging her to remain strong in her ongoing defense of the Jewish State.

With various U.N. officials having admitted to anti-Israel bias over the last few years, it might have seemed that the U.N. had run out of shocking things they could do to rally against our truest ally in the Middle East, but they still manage to find new opportunities. The proposal of the anti-Israel slush fund for Palestinian agitators includes 16 different U.N. organizations that have proposed a multi-year budget that involves some humanitarian goals—like advancing women’s rights and educating children—but also includes a new $65 million budget to train Palestinians on how to litigate against Israel in international courts and forums. As our letter noted, the list of organizations are the same ones that have time and time again engaged in anti-Semitic behavior and targeting of Israel and its people. Some of these organizations include:

Aside from the shocking allocation itself, there is also the real fear that this money may fall into the hands of terrorists. Only a few weeks ago, Fatah—the political party in charge of the PA—and Hamas—the known-terrorist organization that is condemned by the U.S., U.N., European countries, and nearly everyone else—announced that they would be reconciling. As a result, members of Hamas, including the political leaders and known terrorists in Hamas’ military branch, are now part of the same party as the PA.

The United States and other countries have tried to prevent aid from falling into the hands of terrorists like those leading Hamas, but the situation has now become impossible. Now, U.S. taxpayer dollars, through the U.N., are funding a jihadist legal war on Israel.

In our letter, we asked Ambassador Haley to do what she has always done and has always said she will do:

Madam Ambassador, it was you who proclaimed less than a year ago that “The days of Israel bashing are over.” You have explained in the past how you have “no patience” for the kind of bullying Israel has had to stand for, and that your tenure at the UN has changed the tone for the way the UN conducts business regarding Israel. We commend the position you have expressed on behalf of the United States that anti-Semitism must not be tolerated and that Israel cannot be used as the scapegoat for all of the Middle East’s problems.

It is our hope that Ambassador Haley can spearhead efforts against the funding of this kind of discrimination and help bring about the real and lasting peace that the Middle East really needs.

As we’ve previously detailed: “We are preparing a multifaceted legal advocacy campaign on Capitol Hill, at the U.N. and at the [International Criminal Court]. We’re working on legal letters and submissions that will not only expose this colossal betrayal of taxpayer money, but will also legally defend Israel against this vicious lawfare.” Take action with us.