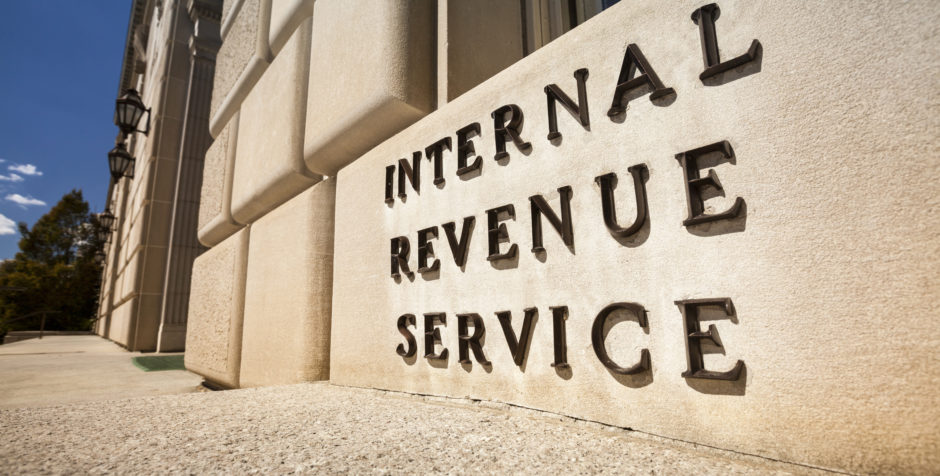 We have just obtained a resounding victory in our legal challenge to the IRS’s political targeting of conservative organizations.

In an unprecedented victorious conclusion to our years-long legal battle against the IRS, the bureaucratic agency has just admitted in federal court that it wrongfully targeted Tea Party and conservative groups during the Obama Administration and issued an apology to our clients for doing so. In addition, the IRS is consenting to a court order that would prohibit it from ever engaging in this form of unconstitutional discrimination in the future.

In a proposed Consent Order filed with the Court yesterday, the IRS has apologized for its treatment of our clients (36 Tea Party and other conservative organizations from 20 states that applied for 501(c)(3) and (c)(4) tax-exempt status with the IRS between 2009 and 2012) during the tax-exempt determinations process. Crucially, following years of denial by the IRS and blame-shifting by IRS officials, the agency now expressly admits that its treatment of our clients was wrong.

As set forth in the proposed Order:

The IRS admits that its treatment of Plaintiffs during the tax-exempt determinations process, including screening their applications based on their names or policy positions, subjecting those applications to heightened scrutiny and inordinate delays, and demanding of some Plaintiffs’ [sic] information that TIGTA determined was unnecessary to the agency’s determination of their tax-exempt status, was wrong. For such treatment, the IRS expresses its sincere apology.

Upon approval by the court, entry of the Order will mark the end of a four-year legal battle initiated by the ACLJ on behalf of 41 conservative organizations targeted by the IRS for their political viewpoints.

Throughout litigation of this case, we have remained committed to protecting the rights of our clients who faced unlawful and discriminatory action by the IRS.  Our objective from the very beginning has been to hold the IRS accountable for its corrupt practices.

This Consent Order represents a historic victory for our clients and sends the unequivocal message that a government agency’s targeting of conservative organizations, or any organization, on the basis of political viewpoints, will never be tolerated.

This Order will put an end, once and for all, to the abhorrent practices utilized against our clients, as the agreement includes the IRS’s express acknowledgment of – and apology for – its wrongful treatment of our clients. While this agreement is designed to prevent any such practices from occurring again, rest assured that we will remain vigilant to ensure that the IRS does not resort to such tactics in the future.

As we have previously detailed, in March of 2012 we began being contacted by literally dozens of Tea Party and conservative groups who were being harassed by the Obama IRS after submitting applications for tax-exempt status. Their tax-exempt applications were held up for years (over seven years in some cases), and they began receiving obtrusive and unconstitutional requests for donor and member information. That began a now more than five and a half year fight with the burgeoning bureaucracy at the IRS. Then on May 10, 2013, Lois Lerner, the then-head of the IRS Tax Exempt Organizations Division, publicly implicated the IRS in one of the worst political targeting scandals of the century.

Days later, the ACLJ filed a massive lawsuit against the IRS for implementation of an unlawful targeting scheme whereby the IRS singled out the applications of conservative organizations, delayed processing those applications, then made harassing, probing and unnecessary requests for additional information that often required applicants to disclose, among other things, donor lists, communications with members of legislative bodies, internet passwords and usernames, and political and charitable activities of officers and their family members.

In October 2014, the district court dismissed our claims and concluded that the IRS had voluntarily ceased all unlawful conduct. We appealed that decision; and in August 2016, the U.S. Court of Appeals for the D.C. Circuit reversed the district court’s decision, specifically finding that the IRS had failed to provide sufficient evidence demonstrating that either the targeting scheme, or its effects on our clients in the case, had actually ended. Since that time, the ACLJ has been successful in obtaining discovery in the case – requiring the IRS to give an account for its conduct.

Documents released earlier this year in our lawsuit revealed that the IRS, under the Obama Administration, constructed a special group to review “all applications associated with the Tea Party.” The group was apparently designed to snare targeted organizations’ tax exemption applications to limit their impact during the 2012 elections. Many conservative organizations, including our clients, were placed on “Be-on-the-Lookout” (BOLO) lists if their names or policy positions gave the appearance they were affiliated with the Tea Party. The IRS was able to protect its politically targeted scheme by hiding its operations and activity behind the layers of bureaucracy festering within the IRS and with the cooperation of other government agencies under the Obama Administration. The IRS even colluded with Obama’s FBI and DOJ in an attempt to “piece together” false criminal charges against the Tea Party groups it was wrongfully targeting.

The Consent Order filed by the Parties is designed to prevent such events from occurring again and contains declarations to that effect. In addition to the IRS’s admissions of and apology for its wrongful conduct, the Consent Order would specifically award Plaintiffs the following:

In the Order, the IRS has also agreed that (unless expressly required by law) certain actions against the Plaintiffs– i.e., the sharing, dissemination, or other use of information unnecessarily obtained by the IRS during the determinations process (such as donor names, the names of volunteers, political affiliations of an organization’s officers, etc.) – would be unlawful. In addition, the IRS promises not to take any retaliatory action against our clients for exposing the targeting scheme.

Finally, and of crucial significance, the IRS admits it targeted conservative and Tea Party groups based on their viewpoints (i.e., “policy positions”) and that such viewpoint discrimination violates fundamental First Amendment rights. This is the first time the IRS has admitted that its targeting scheme was not just “inappropriate” – as TIGTA found – but, as our clients alleged and we have vigorously and persistently argued for years, blatantly unconstitutional.

To ensure consistency and uniformity within the agency’s operations going forward, the IRS is required, pursuant to the Order, to inform all employees within the Exempt Organizations Division, as well as the Commissioners and Deputy Commissioners within other divisions, of the Order’s terms.

This Order not only validates our clients’ allegations about their treatment at the hands of the corrupt Obama-era IRS but also provides important assurances to the American public that the agency understands its obligation to refrain from further such discriminatory conduct. As Attorney General Sessions acknowledged in this regard, “[t]here is no excuse for [the IRS’s] conduct,” as it is “without question” that the First Amendment prohibits the conduct that occurred here, i.e., subjecting American citizens to disparate treatment “based solely on their viewpoint or ideology.” Sessions further confirmed his Department’s commitment to ensuring that the “abuse of power” in which the IRS engaged here “will not be tolerated.”

It is impossible to overstate the importance of this victory. This marks the end of a years-long fight for justice in defense of the constitutional rights of our clients. This is an extraordinary victory against the IRS. And it sends a powerful warning to the Deep State bureaucracy that it will not be allowed to violate the Constitution in order to silence and shut down the conservative agenda.