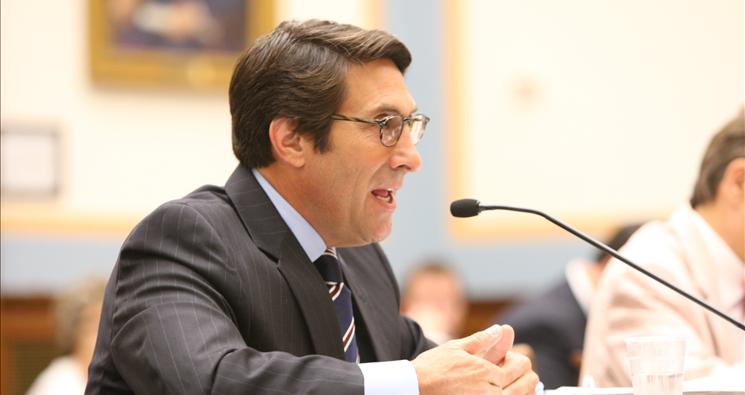 The IRS conducted a well-orchestrated campaign to target, delay, and silence the Tea Party and other conservative groups.  Now the very government agency that was tasked with investigating this wrongful targeting is compromised.

Today I am testifying before the U.S. House of Representatives Committee on the Judiciary about the immediate need for a Special Counsel – an independent investigator of the IRS targeting scandal.

The legal standard is clear for appointing a Special Counsel: when an investigation is compromised, “the Department of Justice would present a conflict of interest for the Department or other extraordinary circumstances” the Attorney General may appoint an independent investigator.

As I will explain to the committee, that standard is not only met, it is surpassed.

Evidence has surfaced that Lois Lerner, the top IRS official at the center of the targeting scandal, worked hand in hand with DOJ officials to “piece together” criminal prosecutions against the very same groups that were being targeted by the IRS.

As I will testify today:

[I]t becomes clear that the DOJ was urging the IRS to “piece together” felony charges against conservative groups, which would result in huge fines and imprisonment.  The collusion of the DOJ with the IRS as shown by the [Lerner emails], supports the assertion that the DOJ and the IRS were acting in violation of 18 U.S.C. § 241, which makes it illegal for “two or more persons [to] conspire to injure, oppress, threaten, or intimidate any person in any State . . . in the free exercise or enjoyment of any right or privilege secured to him by the Constitution or laws of the United States.”

Moreover, the Obama Administration’s “investigation” is being led by a major political contributor to President Obama himself, a blatantly obvious conflict of interest.

Although Attorney General Holder has denied any conflict of interest, the conflicts are plain. For example, Barbara Bosserman, a major contributor to the Obama campaign, is still leading the criminal investigation focused on IRS targeting, an investigation that could reach into the White House itself. The DOJ has previously removed officials from investigations due to their personal or political relationships. For instance, “[d]uring the investigation into the unjustified dismissal of the New Black Panther Party voter intimidation case,”the DOJ’s Office of Professional Responsibility removed Mary Aubry, the lawyer assigned to the investigation, “after reports surfaced that she had contributed more than $7,000 (almost the same amount as Barbara Bosserman) to the Democratic party and Democratic candidates including Barack Obama.” . . .

When the head of the DOJ’s criminal investigation of the IRS is a financial supporter of the President and is tasked with investigating potential crimes committed in concert with individuals from her own agency, the conflicts of interest are apparent.

The only way for the DOJ to avoid a clear conflict of interest is for the Attorney General to appoint a Special Counsel.

There could be no more clear example of the need to appoint a truly objective and independent prosecutor than in this case.  As I conclude:

The targeting of any American based upon their personal beliefs or freedoms of association is repugnant to the Constitution. Americans are outraged, and its time for a real investigation. We need to know what happened. Those responsible for this scandal must be brought to justice.

In this case, the IRS and the DOJ have proven that they are completely compromised on this investigation.

The Constitution requires the President to faithfully execute the laws of the United States by defending the First Amendment rights of all American citizens. If my clients are going to find justice, we must have a Special Counsel.

The evidence is clear; the conflicts are obvious.  The only way to provide justice for the thousands of Americans who were targeted by their own government is to appoint a Special Counsel.  As we continue our federal lawsuit on behalf of 41 targeted groups from 22 states, we will also continue urging this Administration to do the right thing and appoint an independent prosecutor.

You can read my full testimony submitted to Congress here.