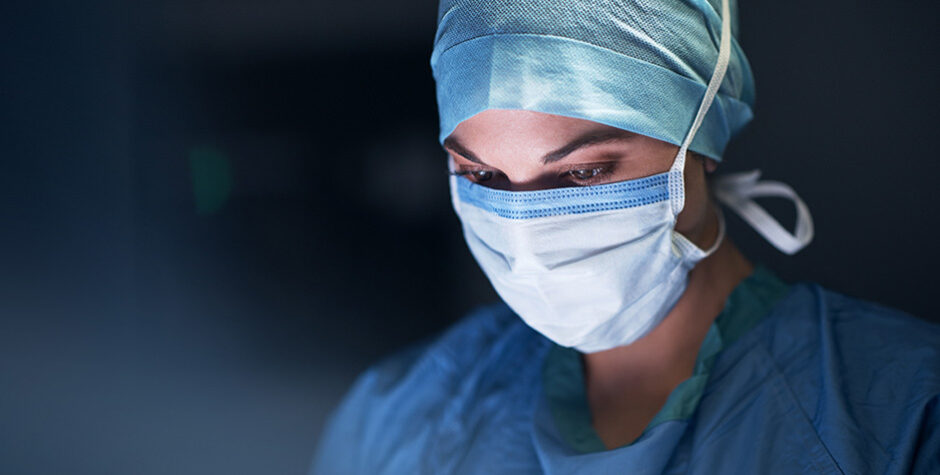 It’s been nearly three years since a nurse in Vermont first contacted the ACLJ with what was the most blatant and horrifying account of a conscience rights’ violation we had ever heard. As we told you, our client, a surgical nurse with over ten years’ experience, worked at the University of Vermont Medical Center (UVMMC) in Burlington, Vermont. When she was originally hired, her hospital rarely, if ever, did abortions. Even so, our client and a number of other pro-life nurses made it clear that they objected to participating in any abortions on religious grounds. The surgical unit even maintained a list of objectors and – for the most part, although at times begrudgingly – honored their objections.

Things changed, however, after UVMMC hired as hospital board president a woman with decades of experience leading Planned Parenthood facilities in Vermont, Oregon, and New York City. Instead of doing abortions only rarely, the hospital began performing the abortions that previously had been done at Planned Parenthood itself.  What’s worse, nobody in UVMMC leadership bothered to tell the nursing staff about this change of policy. Pressure to cover abortion procedures led to management beginning to ignore the longstanding policy of honoring religious objectors who now found themselves scheduled for procedures they considered morally and religiously abhorrent. Nurses and other OR staff would show up for work, find themselves scheduled to work on a “termination,” and be forced to either scramble to find a substitute or go home and risk disciplinary action.

On a particular day in 2017, our client was deliberately misled by her supervisor into participating in an elective abortion. She had been assured that she was being sent into a post-miscarriage, morally noncontroversial procedure. Once in the OR and scrubbed in, however, she saw that she had actually been deceived – tricked as it were – into something her employer knew violated her deepest beliefs. That her superiors were aware she’d been tricked was made plain by the surgeon in the room greeting her with the words, “Don’t hate me for this.” Our client called out to her supervisor asking to be relieved, but her request was denied in spite of the fact that a substitute was readily available. This highly skilled, compassionate nurse suffers from nightmares about the incident to this day.

When we heard this nurse’s horrific story, we immediately took action. We knew that what UVMMC did that day violated several federal and state laws. We met with our client, interviewed key witnesses, and determined that the most effective legal course of action would be filing a formal complaint against UVMMC with the then-newly established Conscience and Religious Freedom Division of the Department of HHS’s Office of Civil Rights.

We cooperated closely with HHS in its investigation of our client’s claims. Not only did their investigation fully corroborate our nurse’s story, at least ten witnesses whose names our client was able to provide told HHS about similar incidents that had happened to them. In August 2019, HHS issued a Notice of Violation to UVMMC, detailing the results of their investigation and demanding that UVMMC remedy the deficiencies found by HHS to have led to this massive violation of the rights of our client and other UVMMC employees. As the Notice of Violation explained, UVMMC’s actions were in clear violation of laws passed in the 1970s – the so-called Church Amendments – to protect the conscience rights of healthcare providers in the wake of the legalization of abortion brought about by Roe v. Wade:

Paragraph (c)(1)(A) and (B) of the Church Amendments, however, creates an unqualified right for health care personnel to decline to participate in abortions without fear of adverse employment actions or loss of staff privileges. See 42 U.S.C. § 300a-7(c)(1). The Church Amendments put the burden on providers who choose to provide abortion services to create staffing policies that fully respect the consciences of its professional staff.

After what we can only infer has been a refusal by the hospital to satisfy the demands of the Office of Civil Rights, yesterday HHS announced that it recently referred the matter to the Department of Justice to take UVMMC to federal court. The lawsuit was filed yesterday in the U.S. District Court for the District of Vermont. The Department of Justice’s press release on the filing contains a link to the Complaint in the case, captioned United States of America vs. University of Vermont Medical Center.

In the lawsuit, the Department of Justice lays out the facts of our client’s ordeal (she’s referred to as “Nurse 1”), alleges that what happened to our nurse was “part of a pattern or practice of discrimination against conscience objectors,” and further states that UVMMC “scheduled approximately 10 nurses whose names were on the Objector List or who Defendant knew were conscience objectors to assist with approximately 20 abortion procedures.” As a recipient of federal funding, what UVMMC did (and DOJ says still does) is alleged to be a clear violation of the Church Amendments. As a result, the government is asking the Court to declare that UVMMC has violated the Church Amendments, to order UVMMC to comply with the Church Amendments by enacting policies that fully comply with all requirements of those laws, and to order “such other relief as the interests of justice may require.”

At the ACLJ, we believe this is the first time in the four-and-a-half-decades history of the Church Amendments that the Department of Justice has sued a healthcare entity for violation of an individual pro-life healthcare worker’s conscience rights. We have represented dozens of pro-life professionals over the years and have, quite frankly, been frustrated with the unwillingness of the federal government officials charged with enforcing the Church Amendments to put some teeth in those laws. While we have often succeeded in obtaining conscience protection for our clients through other analogous laws at the state and federal level, the Church Amendments have always appeared – at least on paper – to be the clearest and theoretically most effective conscience-protecting laws on the books. But they’ve always been more of a paper tiger than anything else.

Until now. With the filing of this lawsuit, hospitals and other healthcare providers have been put on notice by the highest level of the United States government: The Church Amendments mean what they say: Do not discriminate – period. If you don’t want to comply, then don’t take the federal funding.

Our Vermont nurse will never fully get over the nightmare UVMMC put her through. But we heard from her yesterday and she’s very pleased with the DOJ’s actions. As she put it, “Whatever becomes of this lawsuit, it shed light on the darkness. I feel good about that.”

To help the ACLJ continue to have the resources we need to continue our critical work to save the lives of unborn babies and defend the rights of pro-life doctors and nurses, please consider making a Tax-Deductible donation to the ACLJ through our year-end Matching Challenge. Your gift will be DOUBLED dollar-for-dollar through the end of the year.