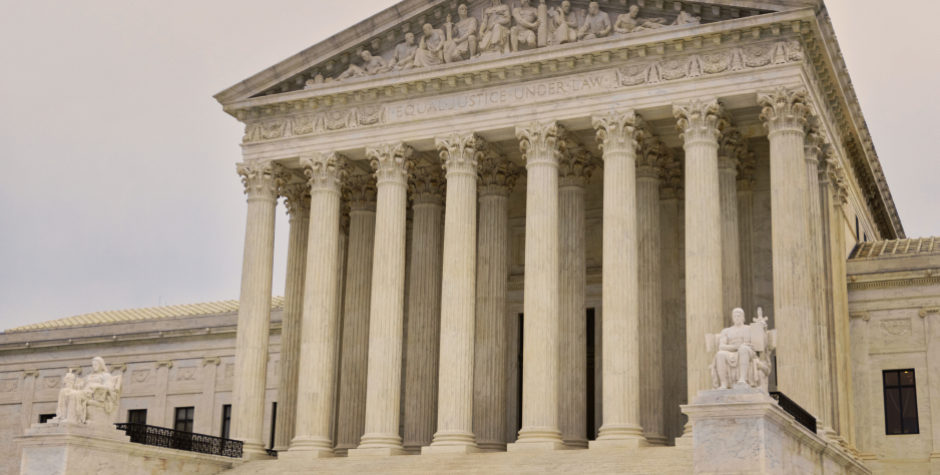 For the second time in a month, the U.S. Supreme Court has declined a state’s invitation to review laws restricting particularly appalling abortion practices. Back on May 28th, the Court chose not to review a lower court decision striking down a ban on abortions done solely because of the race, sex, or disability of the child (though the Court did summarily reverse a companion ruling invalidating a law requiring the humane disposition of aborted babies).

Last week, the Supreme Court rebuffed a petition from the state of Alabama seeking reinstatement of its law banning the abhorrent practice of dismemberment abortions. At issue in the case, Harris v. West Alabama Women’s Center, was the constitutionality of a state law that forbids the dismemberment of live unborn babies. A federal district court and appeals court ruled that the dismemberment ban was unconstitutional, so the state of Alabama asked the Supreme Court to step in.

Here at the ACLJ, we had filed an amicus (“friend-of-the-court”) brief urging the Supreme Court to review the Alabama case. We submitted our brief on behalf of more than 80,000 ACLJ members who joined our Committee to Ban Dismemberment Abortions. Our argument was straightforward: “The Constitution does not compel states to treat unborn children less humanely than the worst criminals or even animals.” The ACLJ amicus brief made two simple and direct points: First, what is done to preborn babies in dismemberment abortions would never be tolerated if done to convicted criminals sentenced to death. Second, what is done in a dismemberment abortion would be illegal “cruelty to animals” if done to nonhuman creatures protected by state animal welfare laws. As stated in our brief:

Such “brutal,” “gruesome” dismemberment, . . . would be unconstitutional if a state inflicted it upon Jack the Ripper. And states can certainly ban such acts against Fido the Dog. How then, can there be a constitutional right to tear prenatal humans limb from limb? The answer is that there is not.

In short, the practice of dismemberment abortion exposes a profound inconsistency in our national law. Even the most vicious serial murderers cannot be subject to the ancient and barbaric punishments of drawing (disemboweling) and quartering (dismembering). Even rats and pigs cannot be tortured by pulling off their limbs while they are still alive. Are human children in the womb entitled to less protection than murderers, rodents, and swine?

While we are disappointed that the Supreme Court declined to intervene, there was a bright spot. Justice Clarence Thomas filed a separate statement lamenting the grotesque consequences of the Supreme Court’s abortion rulings:

The notion that anything in the Constitution prevents States from passing laws prohibiting the dismembering of a living child is implausible. . . . This case serves as a stark reminder that our abortion jurisprudence has spiraled out of control. . . . [W]e cannot continue blinking the reality of what this Court has wrought.

Thankfully, there may be relief on the horizon. The Supreme Court has already signaled a willingness to review an abortion regulation case out of Louisiana (June Medical Services v. Gee; we recently filed an amicus brief supporting the state in that case), and the Court may well grant review in that case in the fall of 2019. Meanwhile, another petition for review in an abortion case out of Indiana is pending on the Supreme Court’s docket, and the Court may act upon that case in the Court’s upcoming Term.

Abortion – the deliberate slaying of an innocent human being – is a profound human rights violation and a fundamental injustice. The American people will never be satisfied with a status quo of abortion on demand, and sooner or later the Court will have to confront the terrible distortion its abortion rulings have imposed upon this nation’s laws.