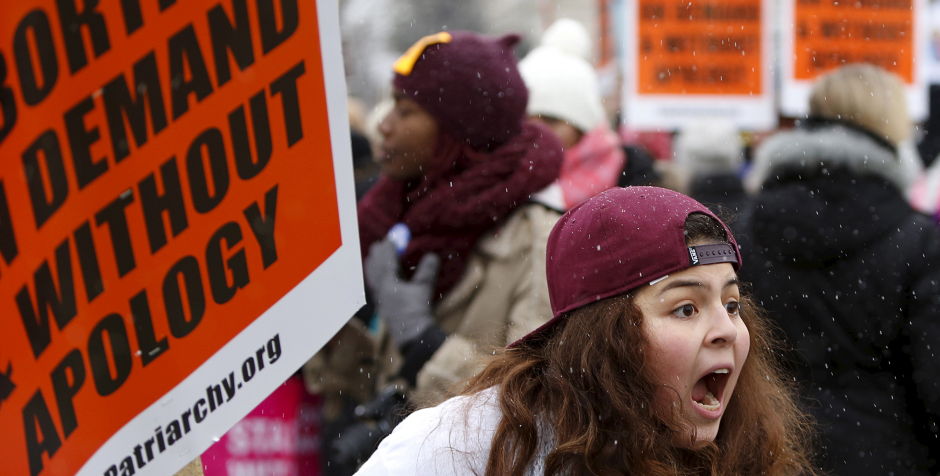 Lost in the headlines of the Supreme Court confirmation fight (in which President Obama will likely use abortion as a central litmus test for an eventual nominee), President Obama has just intervened in the biggest abortion case in decades at the high Court.

The most pro-abortion Administration in history will now bring the full weight of the Justice Department to bear on this landmark case.  The Administration asked for and was granted the right to intervene as amicus curie (friend of the court) and actually present oral argument on March 2nd before the Court in defense of the abortion industry.

The Supreme Court issued an order late last week, providing, “The motion of the Solicitor General for leave to participate in oral argument as amicus curiae and for divided argument is granted.”

That’s right, President Obama’s pro-abortion legal juggernauts will be arguing directly before the Supreme Court to ensure that no regulation whatsoever of the abortion industry be allowed – leaving women and children to suffer at the hands of unregulated, dangerous, money-grubbing abortionists.

This is the culmination of what a pro-abortion mob, shouting “Hail Satan,” attempted to do – shutting down the Texas legislature in an effort to block the passage of a state law imposing basic safety regulations on abortion clinics.

If screaming “Hail Satan” in an attempt to drown out the chorus of “Amazing Grace” wasn’t enough, the eerie incantation-like chant of their sadistic mantra is chilling.

It was disturbing proof that these pro-abortion extremists really do worship at the altar of abortion.

And the most pro-abortion President in our nation’s history wants to argue on their behalf at the Supreme Court.

Make no mistake; there is no federal law at stake here.

The Texas law at issue, HB2, did four basic things:

As I’ve explained before:

It all began with Kermit Gosnell.  The deadly abortionist (now convicted murderer) ran an abortion clinic infested with unsanitary conditions and safety violations that a hair salon couldn’t get away with.  He slaughtered babies born alive, snipping their necks, after botching abortions.  A woman died under his “care” in unspeakable conditions.

Texas, at the behest of a large majority of the people, enacted basic safety standards over abortion clinics.

This law has already been credited with saving more than 10,000 lives across the state of Texas, could shut down up to 80% of Texas’s abortion clinics, and is a model pro-life law for the nation.

It is important to point out that the abortion industry DID NOT challenge the late-term abortion ban in court.  Only the commonsense protections for women and basic safety standards are being challenged.

Think about that for a moment:

Yet, they are actually using their refusal to comply with the law, which is in turn forcing their closure, to make the legal argument that there aren’t enough abortion clinics left in the state to ensure women’s “right” to abortion is maintained.

The sheer (il)logic of this is mindboggling.  They are essentially arguing in court that abortion clinics have a right to remain open regardless of what health and safety standards they refuse to comply with.

Here’s how their argument works.  If you regulate us, we won’t comply.  Since we won’t comply, the state will be forced to shut us down.  Since there will be no abortion clinics left, women will be in danger and they will have their “right” to abortion denied.  So the court must allow these (now unsafe) clinics to remain open and unregulated by even the most basic safety standards.

That is the legal argument the abortion industry is making to the Supreme Court.  And now President Obama and his pro-abortion legal zealots will be attempting to bolster this mindboggling strawman argument on behalf of big abortion and its riotous “Hail Satan” allies before the highest Court in the land – backed by our taxpayer dollars.

That’s right you and I are now paying for the abortion industry’s legal defense fund.

At the ACLJ, we’ve filed an amicus brief at the Supreme Court to counter President Obama’s pro-abortion legal heavyweights.  You can add your name to our brief here.  And we continue fighting in Congress to defund the abortion industry (you can also sign that petition here).