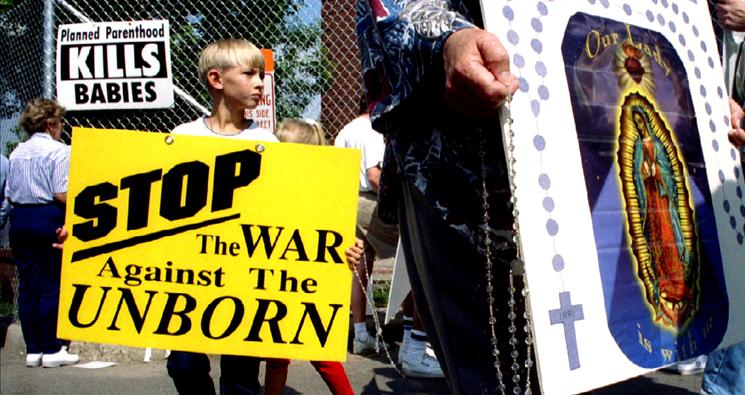 The Truth about the Abortion Industry

We are going to hear a lot about “reproductive choice,” “women’s rights,” and how wonderful Planned Parenthood is in the media this week.

The fact of the matter is that 51 percent of Planned Parenthood’s yearly clinic income – their only self-sustaining revenue source – comes from abortion, 329,445 abortions.

40 percent of all reported abortions committed in the United States occur at a Planned Parenthood clinic, making it by far the largest abortion provider in America.

This is a fairly staggering statistic hidden behind the media’s willful blindness to the truth behind the leader of the abortion industry.

Planned Parenthood claims to provide 11 million “services” in America each year. From this overly inflated number, they calculate that the 329,445 abortions they committed in their last reported year amounts to only 3 percent of their services.

Planned Parenthood’s claim that only 3 percent of its business is abortion is no different than if a car dealership claimed that it wasn’t really in the business of selling cars because the number of new car sales was only a fraction of its total services provided (financing cars, repairing cars, providing manufacture recommended maintenance for cars, cleaning cars, and so forth). Of course no one would believe such an outrageous claim. Sure, a car dealership does all of those things, but its purpose is to sell cars.

In addition to its $320.1 million in clinic income and $223.8 million in private donations, Planned Parenthood receives $487.4 million dollars a year from taxpayers. And that number is drastically increasing. Taxpayer funding for the abortion giant has more than doubled in the last decade.

This increase is in part due to the fact that it is now reporting the numbers a little more honestly. For the first time, Planned Parenthood is reporting revenue from Medicaid as revenue from the government, taxpayers. Its latest report states, “In past reports, payments from Medicaid managed care plans have appeared as ‘health center income’ rather than ‘government grants and contracts’ ….”

So now that Planned Parenthood has graciously decided to stop underreporting the money it takes from taxpayers, we can see more fully, how much Planned Parenthood relies on the Government. Over 46 percent of its $1 billion total annual revenue comes from the government – from our tax dollars.

According to Planned Parenthood, of this taxpayer funding, about $70 million comes through the federal government’s Title X funding – providing free birth control (including to minors).

As the Weekly Standard explains:

Title X was a panic bipartisan measure passed by Congress in 1970 in the middle of the "population bomb" scare, when many lawmakers believed that the only way to prevent the United States from running out of food by the year 2000 was to distribute free contraceptives as widely as possible to women and girls ages 15-44 in "low-income families."

Title X officially expired in September 1985, but Congress has continued to appropriate money for it in ever-increasing amounts. Regulations issued by the Department of Health and Human Services require the contraception distribution to be strictly confidential (i.e., no notification of the parents of minor recipients), and define a "family" so as to include "unemancipated minors" desiring contraceptives without their parents' finding out; according to the HHS regulations, they "must be considered on the basis of their own resources."

Federal funding for Planned Parenthood under Title X has steadily increased over the years. Since 2006, when it was slightly under $60 million, it has increased by at least 15 percent.

Now, here is where merely glancing at financial statements fails to tell the real story. Since 1997, “emergency contraception has been made available under Title X as a matter of course.” “Emergency contraception” is pro-abortion code for abortion-inducing drugs or abortion pills like Plan B, Ella, and others.

Of course, you would never know this by listening to or reading the mainstream media. The media elites spend their time defending Planned Parenthood as a sacred institution whose purpose is to help women – a organization that can do no harm.

Planned Parenthood clinics have repeatedly been caught helping underage minors hide abortions from parents and even encouraging dishonest reporting to prevent being required to notify authorities of potential statutory rape.

If any other non-profit that received hundreds of millions of taxpayer dollars were caught doing half the things that Planned Parenthood is caught doing they would be run out of business.

The elite media, however, either ignore it or come to Planned Parenthood’s defense. News story after news story repeat the same intentionally deceptive mantra that “Abortions make up less than 3% of the services Planned Parenthood provides.” When the Susan G. Komen for the Cure foundation decided that it could more wisely allocate $700,000 a year than by giving it to Planned Parenthood, the media exploded. The media said Komen’s actions were “shocking” and gave the cancer foundation a “black eye.” The media’s PR campaign on the abortion giant’s behalf successfully resulted in Komen restoring the funds.

Planned Parenthood is the largest abortion provider in America, taking in nearly half a billion dollars of taxpayer money as it systematically ends the lives of nearly 330,000 babies a year. It is engaged in a war on children – a war on unborn children and a war for hearts and minds (and tax dollars) of America’s children. The billion-dollar a year organization doesn’t need half of its revenue from taxpayers, and it doesn’t need to be in our schools; but it is.

It is time for the American people to learn the disturbing truth about Planned Parenthood’s abortion business, and it is time for the media to start reporting the truth instead of recklessly protecting the abortion giant.

Join our letter to the media; tell them to report the truth about abortion. Sign it today.