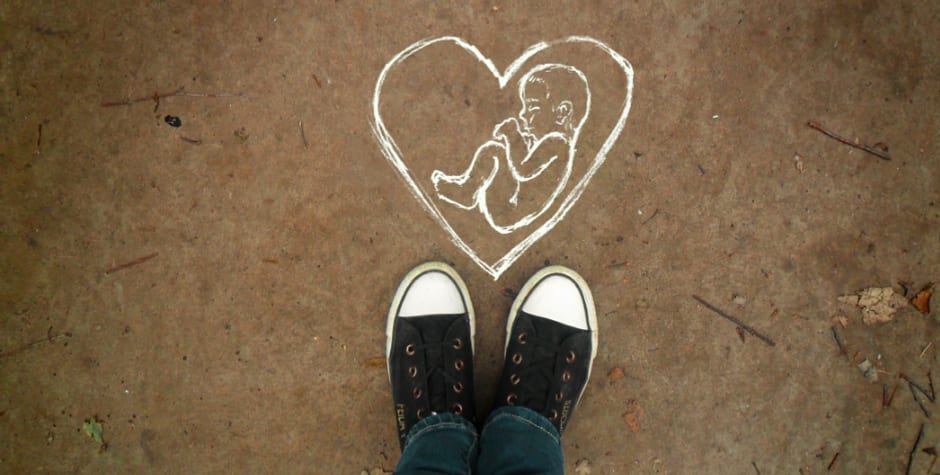 Not wishing to waste a good pandemic apparently, pro-abortion forces in Kentucky tried to ram through the Louisville Metro Council something they’ve failed to get several times over the past decade: a pro-life speech squashing buffer zone in front of Kentucky’s sole abortion mill in downtown Louisville.

Crowds of protestors (masked and unmasked) have been gathering shoulder-to-shoulder in Louisville every night for months since the horrific shooting of Breonna Taylor with nary an alarm raised by the Mayor or other officials about the risks of spreading COVID-19 this way. Yet at the same time, the abortion lobby on the Metro Council decided that attempts to speak (outdoors, even with masks on) between pro-life sidewalk counselors and women going into the EMW abortion clinic was somehow a special public emergency requiring the council’s immediate attention due to – wait for it – the risk of spreading COVID-19.

The Council’s proposed Ordinance set forth a series of alarming recitals about the pandemic and how that (actual) public emergency required that the city immediately shut down longstanding and frequently successful efforts by sidewalk counselors to offer help to often confused and desperate women and girls who don’t even realize the many non-abortion choices they actually have.

We’re happy to report that a slim majority of the Council (13-12) weren’t buying it. After a three-and-a-half-hour debate last week, which followed the longest committee debate in the history of the Metro Council on the same bill, the abortion crowd was sent back to the drawing board, presumably to await the next global crisis to exploit. Six Democrats joined seven Republican council members in voting down the Ordinance. (This is Kentucky, folks, one of the few places where the term “pro-life Democrat” is still not an oxymoron.)

We at the ACLJ were following this closely. We worked behind the scenes with two veteran pro-life sidewalk counselors at the abortion mill in question – both of whom spoke eloquently at last night’s meeting – and were in the process of drafting a legal challenge to the proposed Ordinance in the event it had passed. We also sent a Legal Memorandum to each member of the Metro Council explaining the high likelihood that what they were being asked to enact would be struck down by a court in short order under the 9-0 Supreme Court holding in McCullen v. Coakley in 2014 (a case in which we filed an amicus brief defending pro-life free speech).

Several of the council members opposing the Ordinance echoed our Memorandum as they expressed grave concerns about handing over a large portion of a traditional public forum – the sidewalk in front of the abortion mill – to a private entity which likely had a strong interest in squelching sidewalk counselors engaged in what the unanimous Supreme Court – including Justices Ginsburg, Sotomayor, and the rest of the liberals – referred to in McCullen as one of the “classic forms of speech that lie at the heart of the First Amendment.”

Nor were members buying the whole “COVID-19 requires this” angle. “Wouldn’t making everybody out there wear a mask be a lesser infringement on free speech?” one member asked. Another noted that the city’s Public Health Director had, in response to concerns expressed by council members and citizens alike over large crowds of more or less uncontrolled protestors possibly spreading the virus, reassured the council that outdoor speech, shouting, chanting, etc. posed no such risk at all. So how were they expected to believe that occasional, quiet, one-on-one conversation between a (masked) counselor and a woman in front of an abortion mill was supposed to trigger some kind of pandemic public health pandemonium?

Several wanted to know if the proposed COVID-19-necessitated buffer zone would expire once the Governor’s Declaration of Emergency expires and were told, in effect, that no, the purely temporary emergency would yield a permanent “solution” to a problem of which precious little evidence was produced in the first place.  In the end, the majority saw through what, upon closer examination, was never more than a lame attempt to use the current health crisis as a back door through which to sneak an unconstitutional speech ban.

Both of the sidewalk counselors we were working with (and were prepared to represent in court) made important points that undoubtedly influenced the members. Angela Minter, head of a wonderful organization called Sisters for Life that counsels outside the abortion mill Tuesday through Saturday, talked about how abortion in places like Louisville largely effects African American families and that her ministry to these people – a ministry that over the years has helped more than 800 mothers, fathers, and babies – would be severely burdened by the restrictions imposed by the Ordinance. Ed Harpring, a 35-year veteran sidewalk counselor and currently the Pro-Life Coordinator of the Archdiocese of Louisville, emphasized how his own experiences as a father had brought him “to the sidewalk” and how every second and foot of ground counts when he’s trying to connect with an abortion-minded woman approaching the door of the clinic. He noted that the buffer zone would prevent him from being “the last word,” possibly a life-saving word, a wavering clinic client might need to hear.

At the end of the day, this was a great victory for the sanctity of life and free speech, albeit a narrow one. Here at the ACLJ, we have been in the legal arena for decades on both these issues. Our Chief Counsel, Jay Sekulow, has argued at the Supreme Court on numerous occasions on behalf of sidewalk counselors and their rights. And while we may have narrowly avoided another battle, this time in Louisville, our work on the pro-life free speech continues. Specifically, we are in the midst of ongoing litigation in New Jersey on behalf of sidewalk counselor, Jeryl Turco, who is challenging a buffer zone ordinance that burdens her efforts to offer help to women at a late-term abortion clinic in the City of Englewood. We expect to be getting a trial date in that case sometime this fall and are already starting trial preparations. We will keep you updated as the fight for life continues.