The ACLJ just filed a new FOIA records demand to help expose the abortion lobby’s lie that abortion is safe and should be a constitutionally protected right.

The abortion machine is trying to tear up pro-life laws in our country state by state to extend its grip and “double down” on abortion. After all, Planned Parenthood alone has a half-a-billion dollar abortion empire to run.

As if the nauseating live-birth abortion law passed in New York early this year which legalized abortion up to the moment of birth – and even after – wasn’t depraved enough, another state is trying to do the same thing.

But unlike the New York law, abortion supporters in Virginia want to take it a step further, by actually forcing a "right" to abortion into their state Constitution.

The proposed pro-abortion amendment to the Virginia Constitution reads:

That an individual's right to personal reproductive autonomy is central to the enjoyment of life and liberty and shall not be denied or infringed upon unless justified by a compelling interest of the Commonwealth and achieved by the least restrictive means.

Once again, the abortion distortion would have the public believe this is about women’s health and rights and completely disregards the personal autonomy of the life that is being unceremoniously snuffed out.

Make no mistake, this amendment, if enshrined in the Constitution of Virginia, would be used to undercut nearly every pro-life law in the Commonwealth and to undermine proposed pro-life legislation for generations to come.

The good news is, also unlike what happened in New York, which held a garish celebration by lighting up the spire of the Freedom Tower – a monument dedicated to the thousands of lives lost in the 9/11 attacks, and specifically counting the still unborn lives – we can still stop this from passing.

It’s important to note that like in New York that proposed its barbaric abortion bill when, for the first time in years, a pro-abortion majority was elected to the state house, senate, governor’s mansion, this newly proposed constitutional Amendment in Virginia was pre-filed just days after the election adding a pro-abortion majority in the Commonwealth’s House of Delegates and Senate to its already VERY pro-abortion – and even pro-infanticide – governor.

The ACLJ just submitted critical records demands under the Virginia Freedom of Information Act (FOIA) to expose who is behind this proposed legislation as we seek to defeat these expansive abortion bills popping up nationwide. Our FOIA asks for all “Public records” – including written documents, text messages, emails, etc. – pertaining to the proposed amendment from its earliest inception forward.

As stated in our FOIA:

The Request is made by the ACLJ on behalf of itself and over 7,400 of its members residing in Virginia who are concerned about efforts to amend the Virginia Constitution to recognize a right to abortion.

To summarize, this Request seeks records regarding drafting or in any way advancing Senate Joint Resolution No. 2 (prefiled November 18, 2019, and marked as offered January 8, 2020, of which the patron is Senator Richard L. Saslaw), or otherwise attempting to amend the Virginia Constitution to recognize any right to abortion.

This is actually not our first FOIA request regarding extreme abortion legislation being proposed in Virginia. We first told you were filed a FOIA earlier this year after Virginia Delegate Kathy Tran introduced HB 2491, the Repeal Act that, according to its own author, would allow for a woman to obtain an abortion even at the moment of birth.

In that FOIA we demanding the State of Virginia to produce written documents regarding this extreme legislation. Our intent was to discover what the bill was truly about, and if and how much Planned Parenthood or others in the abortion lobby influenced its creation and introduction. However multiple documents were withheld or heavily redacted. Thankfully, that bill was killed in committee, but that was before the election.

Virginia's embattled pro-abortion governor Ralph Northam appeared on a radio show at the time and stated that if a baby was somehow able to survive a botched abortion, it would be kept comfortable “if that that’s what the mother desired” – so completely disregarding the Hippocratic oath –  and there would be "a discussion" between the doctor and mother about whether the baby should be allowed to live.

Think about that for a second: a living breathing baby manages to make it into the world, out of the womb, and the child’s life could still be up for discussion. In what humane world would that even need to be a conversation?

Abortion – the taking of an innocent unborn baby’s life – is NOT and should never be considered a “right.” Life IS sacred. The right that should be protected is the child’s right to life. But to these abortion zealots, it is abortion that is sacrosanct. As we say at the ACLJ, they worship at the altar of abortion.

That is why we are mobilizing nationwide to combat the abortion industry’s barbaric bills and drastic expansion attempts, and to keep it from manipulating lawmakers and shredding existing pro-life laws.

We will continue to fight against the rising tide of horrific abortion laws. We will expose who was really behind them – not just in Virginia but in New York and other states – and which lawmakers are being manipulated by the abortion lobby.

Should any of these pro-abortion officials refuse to cooperate by responding or providing essential documentation as required by law, we will take them on in court.

We need you with us as we fight to stop these terrible abortion laws and protect defenseless babies before it’s too late. 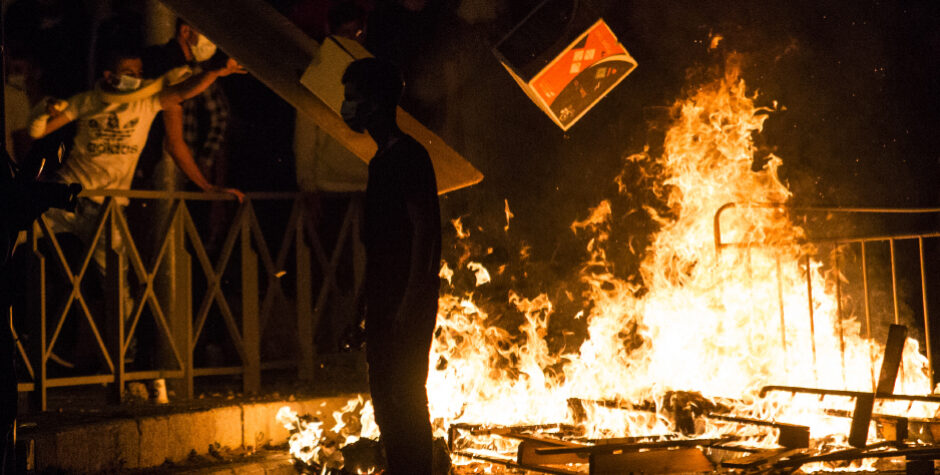 Yesterday, Jordan Sekulow reported to you that the ACLJ filed a Freedom of Information Act (FOIA) lawsuit against the Biden Administration over its plan to restart millions in American taxpayer aid to the terrorist-supporting non-state “Palestine” via the Palestinian Authority (PA) – an arm of the... 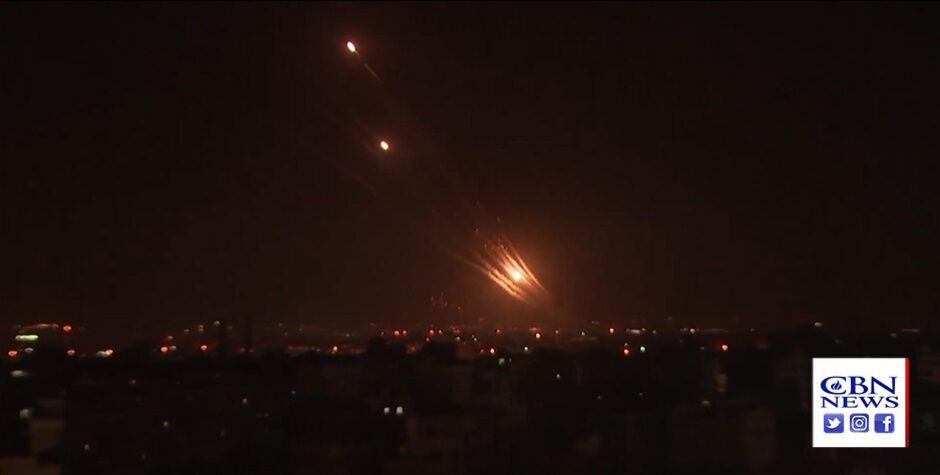 United Nations: Israel and Hamas Are "Escalating Towards a Full Scale War"

The situation in Jerusalem may very well turn into a full-on war between Israel and Hamas, according to United Nations Middle East envoy, Tor Wennesland. As we told you , after hundreds of rockets fired from the Gaza Strip shot into central Israel on Tuesday night, Prime Minister Benjamin Netanyahu... 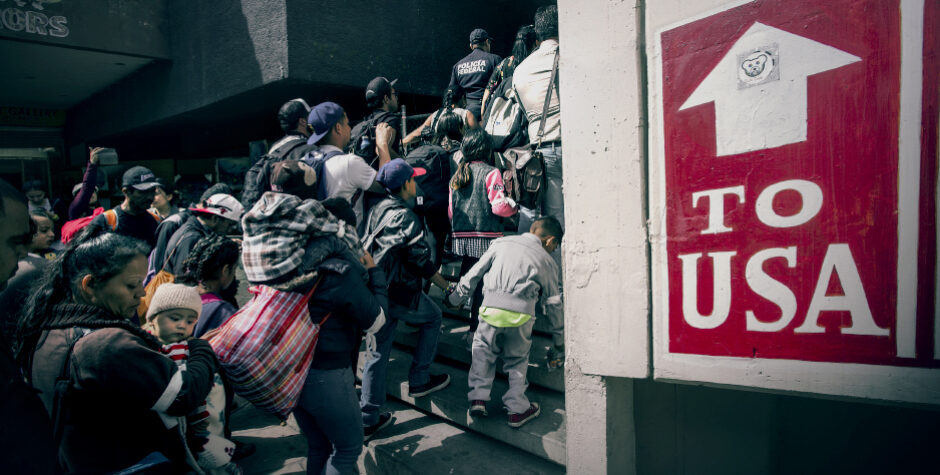 Breaking From Reality on the Border: What You Need To Know

As the sad and tragic situation on the southern border of the United States continues, the Biden Administration continues to deny the reality of what is actually going on. Vice President Harris has yet to visit the border, 45 days after being assigned the responsibility to resolve the situation. 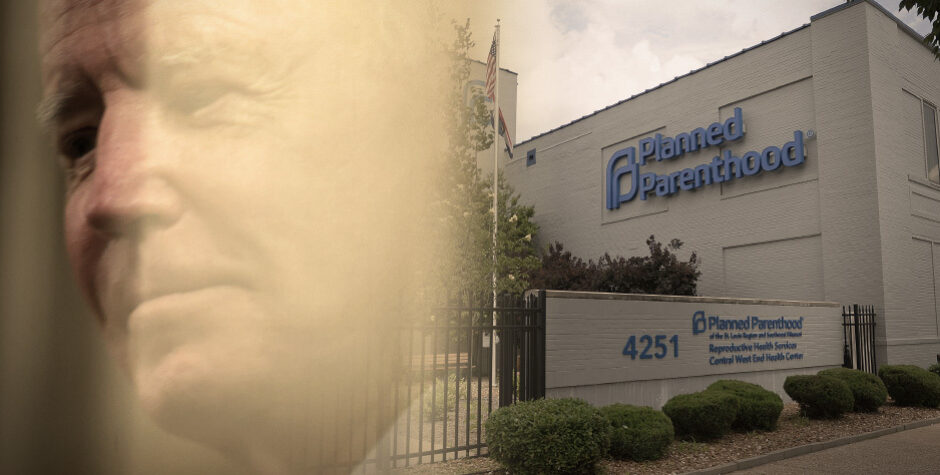 As we warned you, the Biden Administration continues to demonstrate in a very short time that it is fully committed to supporting Planned Parenthood and the abortion industry, no matter how ghoulish its practices get. Now President Biden has reportedly reversed a ban put in place by the Trump...