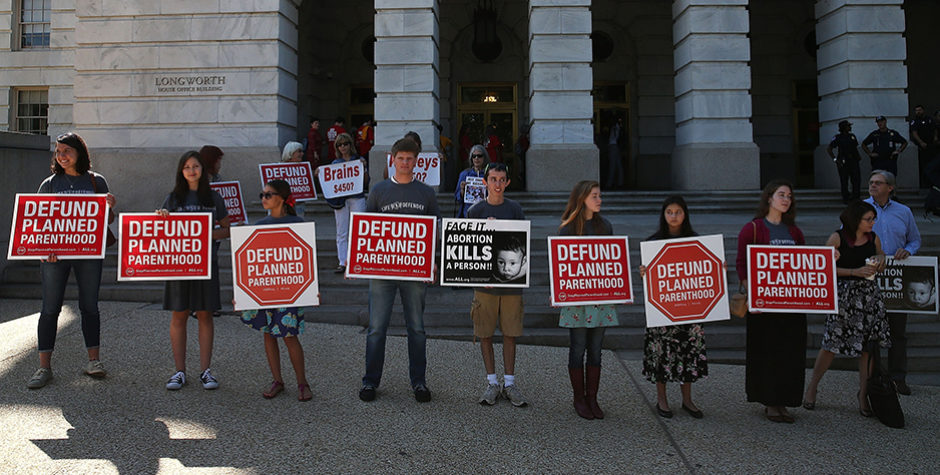 ACLJ's Significant Victories for Life During this Pandemic

As our nation (and the world) combats the COVID-19 pandemic, many States have enacted temporary emergency measures designed to halt the spread of the virus, alleviate the strain on the healthcare system, and preserve personal protective equipment for those healthcare personnel working each day to care for those suffering from the virus.

As part of these measures, certain States have temporarily restricted elective and non-emergency medical procedures, including certain elective abortions.

Although other elective, non-emergency medical procedures were also restricted, we’ve told you the abortion industry, in particular Planned Parenthood, insisted on continuing its abortion practices without restriction, despite the reasonable grounds underlying these temporary measures intended to fight the pandemic.

The abortion industry filed federal lawsuits against Alabama, Arkansas, Ohio, Oklahoma, Tennessee, and Texas, among others. At the trial court level, the abortion industry was successful with injunctions being entered against the emergency measures. The States appealed to the appellate courts governing their jurisdictions.

The ACLJ quickly took action supporting the States in these lawsuits. To date, we have filed nine amicus curiae (“friend of the court”) briefs in support of six states, including filing in five federal circuit courts of appeals, in the span of a little over three weeks. In each of our nine filings, we explained the constitutionality of these reasonable State measures. Here’s an update on where those cases now stand:

The Fifth Circuit Court of Appeals, governing Texas, directed the trial court (on two occasions) to vacate the injunctions it had entered against Texas’s emergency measures and allow those measures to go largely into effect.  It explained unequivocally that the State possesses certain emergency powers to protect its citizens against this deadly virus and that “[t]he right to abortion is no exception.” We filed briefs here and here.

Likewise, the Eighth Circuit Court of Appeals, governing Arkansas, directed the trial court to dissolve the injunction so those emergency measures could be implemented. The court stated: “the bottom line is this: when faced with a society-threatening epidemic, a state may implement emergency measures that curtail constitutional rights so long as the measures have at least some ‘real or substantial relation’ to the public health crisis and are not ‘beyond all question, a plain, palpable invasion of rights secured by the fundamental law.’” It further concluded that the trial court was “commit[ing] clear abuses of discretion and, further, usurped the functions of the state government by second-guessing the State's policy choices in responding to the COVID-19 pandemic.” We filed an amicus brief here.

These significant wins for life establish critical precedent undoing what we have long called the abortion distortion – that somehow abortion cases should be treated differently under the law from any other cases. It also makes clear in these circuits – and by extension can be argued in other circuits – that abortions can be paused during a health crisis such as this.

In two other appeals, the Sixth Circuit Court of Appeals, governing Ohio and Tennessee, dismissed Ohio’s appeal for lack of jurisdiction (that case is moving forward in the trial court). We filed an emergency amicus brief supporting Ohio’s order to cease elective abortions. We also filed an amicus brief in support of Tennessee. In that case the court upheld the injunction entered against Tennessee’s emergency measures. However, the Tennessee case remains pending on appeal since Tennessee requested that the full court (all active judges) consider the matter on an emergency basis. Our brief remains a part of the record.

The Eleventh Circuit Court of Appeals, governing Alabama, has not yet ruled on Alabama’s appeal of the injunction entered against its emergency measures but has not stayed the injunction either. The ACLJ filed an emergency amicus brief in support of the State.

The Tenth Circuit Court of Appeals, governing Oklahoma, is now considering Oklahoma’s emergency motion to stay the injunction as well as its motion to expedite the appeal. We have filed three amicus briefs in support of Oklahoma, at the various stages of the case at both the district and appellate level, on behalf of the ACLJ and 62 Oklahoma legislators. Those briefs can be found here, here, and here.

Some of these emergency measures have recently expired, some remain in effect, and new ones may be imposed in the future. The litigation over these measures is literally a matter of life and death. We will, when needed, file additional amicus briefs in support of the reasonable, temporary measures that States are taking to help battle the COVID-19 virus—saving lives in the process—which remain under attack by Planned Parenthood and others who seek to endanger the lives of the most vulnerable and innocent among us: unborn children.

We’ve also opened up a new front in this fight preparing and filing Freedom of Information Act (FOIA) requests in States that have given Planned Parenthood and other abortion providers specific exceptions to their elective procedure restrictions. Our first FOIA in this area was submitted last week in Illinois, and we are preparing a second in Michigan.

Stand with us to fight to stop the spread of the Coronavirus, conserve desperately needed medical equipment, and protect defenseless unborn babies.

UPDATE 04.28.2020: We have just submitted our TENTH emergency amicus brief, this time urging the full Sixth Circuit Court of Appeals (en banc) to uphold a Tennessee elective procedure order that halts elective abortions along with other elective procedures. It is our second amicus brief in this case.