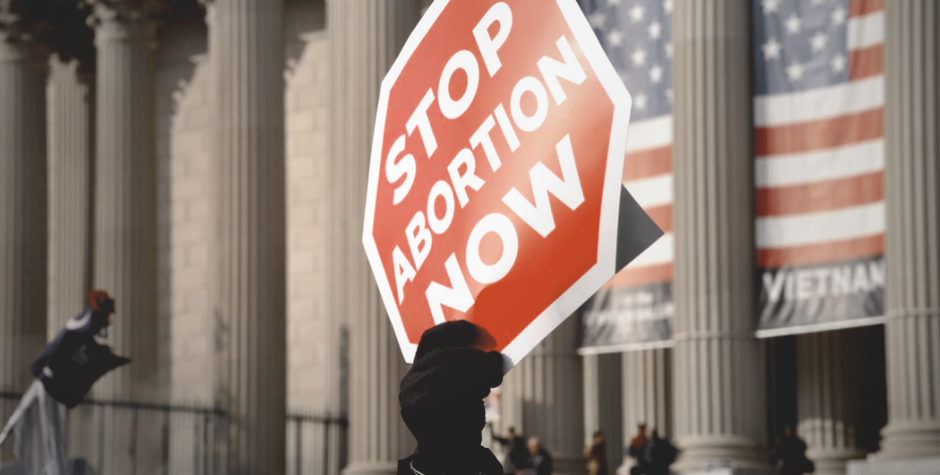 While most of the world has come to a halt during the Coronavirus pandemic, the ACLJ has no intention of even slowing down. Not when the abortion industry continues to endanger the public, recklessly filing lawsuits to expand abortion and sap precious medical supplies, even as people are sick and dying.

We have recently filed seven emergency amicus briefs – three just this week – in federal courts to stop Planned Parenthood and the radical Left from expanding abortion during this health crisis.

Yesterday we filed an emergency amicus brief in the Eleventh Circuit Court of Appeals supporting Alabama’s decision to shut down non-essential medical procedures, including elective abortions while the state directs all resources toward fighting the COVID-19 pandemic.

The Alabama State Health Officer issued the emergency order but state abortionists challenged the ban, and a federal judge took their side, granting a preliminary injunction to block the emergency order that would have ceased elective abortion procedures until the COVID-19 pandemic has died down.

The state just filed its appeal and our legal team quickly prepared our brief supporting the State’s authority to cease elective abortions and other elective procedures that will sap crucial medical resources and Personal Protective Equipment (PPE) that healthcare workers need to fight this virus.

As our brief stated:

Alabama has ample authority to weigh the available information concerning COVID-19, and the competing interests of all involved, and conclude that temporarily halting certain medical procedures, including abortions, will help save lives. The State Health Officer’s Order has been enacted in exigent and emergent circumstances for the purpose of protecting and promoting the welfare of the people of Alabama. The Order also helps to alleviate the unnecessary strain on the Alabama health system and to preserve personal protective equipment (“PPE”) for those healthcare workers combatting the COVID-19 pandemic.

The Governor of Arkansas also issued an order banning elective abortions along with, other non-essential medical procedures, to fight the spread of Coronavirus and to conserve desperately needed medical resources and PPE.

But in what’s becoming an all-too-familiar story, after a local abortion clinic – backed up by the ACLU – filed a lawsuit against the order, a federal judge blocked the enforcement of the ban, granting a temporary restraining order.

Just hours ago, we filed an emergency amicus brief with the Eighth Circuit Court of Appeals to support Arkansas’s ban on elective abortions during this national emergency, arguing:

The ongoing crisis stemming from the COVID-19 pandemic presents not only a dire need for the continued protection of the people of Arkansas and, indeed, everyone in United States, but also creates a haze of medical uncertainty, of a kind not seen in this country for over a century. Thus, it is within the broad purview of State government to navigate the situation for the health and safety of its citizens. In light of the extraordinary deference courts have given to regulations enacted under State police powers, any exceptions to the above principles must be reserved for the most fundamental and expressly enumerated rights, which does not include abortion.

Our legal team had submitted our initial emergency amicus brief in support of the Texas Governor’s order temporarily prohibiting all elective procedures, including abortions, during the current COVID-19 pandemic, after Planned Parenthood filed a lawsuit to block it. A District Court issued a Temporary Restraining Order (TRO) against the ban on abortions.

Shortly after, we were able to report the Fifth Circuit sided with our argument:

Moments ago, the Fifth Circuit agreed with our argument. It granted Texas’ emergency Writ and directed the District Court to vacate the TRO. In agreeing with our argument, the Fifth Circuit concluded “[t]hat settled rule allows the state to restrict, for example, one’s right to peaceably assemble, to publicly worship, to travel, and even to leave one’s home. The right to abortion is no exception.”

That case continued to progress at both the district court level and then again on appeal to the Fifth Circuit. Earlier this week we filed our second amicus brief before the Fifth Circuit in that case.

Once Texas appealed to the Fifth Circuit, the Court issued an administrative stay on the first two categories. However, a few days later, the Fifth Circuit ordered that the administrative stay will not apply to the first category of medical abortions, and stated that it did not ever apply to the third category of abortions. The Court is still considering the Petition for Writ of Mandamus and the emergency stay on the second category of abortions. Therefore, currently, surgical abortions under 18 weeks LMP are still prohibited under the Executive Order.

Our legal team is awaiting the final decision of the Fifth Circuit and will be prepared to respond at the Supreme Court if this case is appealed. We are also carefully reviewing the other lawsuits against similar orders around the country and preparing our next amicus brief.

Abortion is not essential healthcare. Allowing it to continue right now, selfishly using up medical supplies needed to treat the thousands currently suffering from Coronavirus nationwide, would only escalate this current disaster.