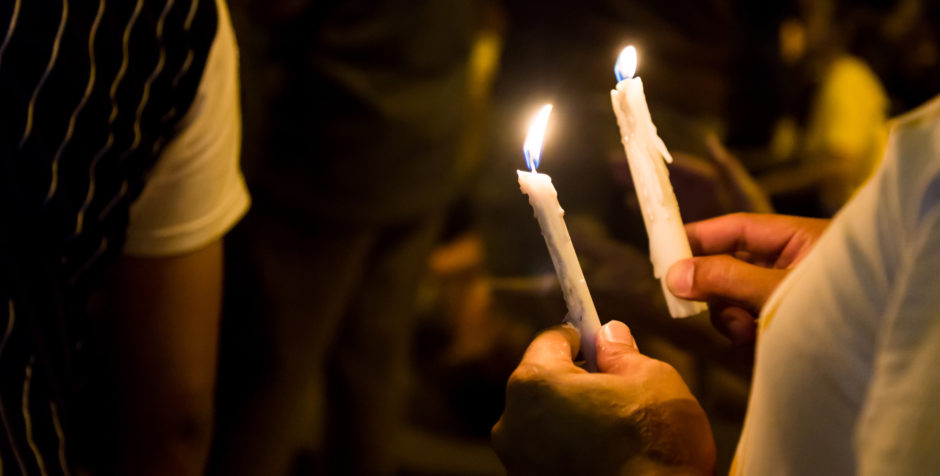 Young Pakistani Christian Student Beaten to Death for His Faith

Pakistani Student Beaten to Death for His Faith

Persecution of Christians in Pakistan and around the world continues. Our international affiliate, the European Centre for Law and Justice’s (ECLJ) office in Pakistan, the Organization for Legal Aid (OLA), recently investigated the murder of a 17-year-old Christian student, Sharoon Masih, who was brutally beaten to death by a Muslim classmate. Upon receiving news of Sharoon’s death, our team went to his hometown to meet the aggrieved family and learn what transpired.

According to his father, Sharoon had just completed his final year of middle school in his village and was accepted into a high school in the nearby city of Burewala, about 260 km southwest of Lahore. On the first day of school, the teacher made him stand outside the class for not wearing the proper uniform. Sharoon was quickly identified by the Muslim students in his class and ridiculed for his Christian faith. A student named Raza Ahmed stopped Sharoon from drinking water.

Such treatment of Christians is common in rural and uncivilized communities of Pakistan where some Muslims consider Christians ceremonially unclean and do not eat or drink with them. A similar encounter occurred when Asia Bibi, a Christian mother, offered water to Muslim women, who then refused to drink water from the same cup. The women accused Asia of committing blasphemy and she was arrested, tried, and sentenced to death. Asia Bibi remains on death row, awaiting a hearing from the Supreme Court of Pakistan.

In Sharoon’s case, when his father heard how his son was being treated, he told Sharoon that he would visit the school and meet with the teacher. Sadly for Sharoon, it would be too late.

On August 30, 2017, Sharoon was beaten to death by Raza Ahmed. According to other classmates, when Sharoon was leaving the classroom, Raza blocked him. Sharoon tried to get his way around, but Raza started beating him. After Sharoon fell unconscious, four other students took him to the hospital where the doctors pronounced him dead.

The autopsy report states that there was no sign of physical trauma, but clotted blood was found in the heart.

The police lodged a complaint and arrested Raza and the education department suspended both the teacher and headmaster of the school. Yesterday, the attorney from the OLA spoke with Sunil George, a local pastor, who said that Raza is still in police custody, the teacher and the headmaster are still suspended, and the investigation is ongoing.

We will inform you as we learn of any updates. We urge you to keep Sharoon’s family in your prayers, as we continue working in Pakistan to defend persecuted Christians.