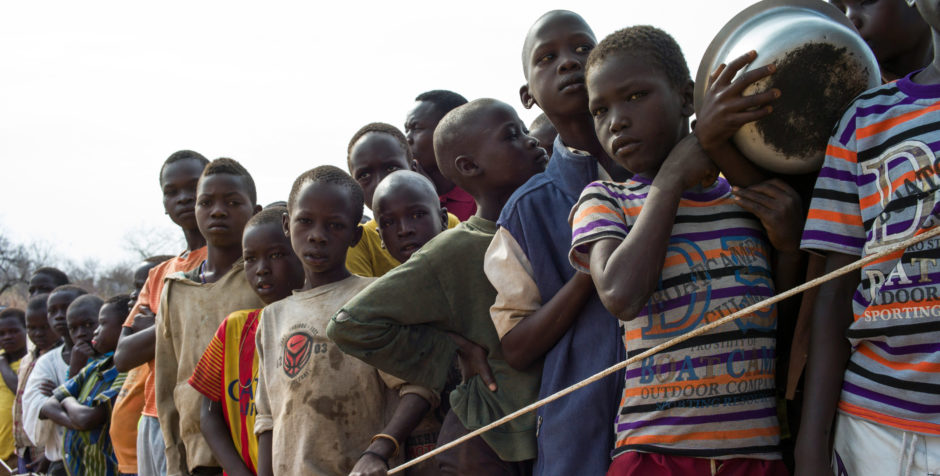 The U.S. Department of State includes three nations on its “State Sponsor of Terrorism” list. Sudan is one of them, along with Syria and Iran.

Sudan was designated a State Sponsor of Terrorism in 1993. Countries on this list are “determined by the Secretary of State to have repeatedly provided support for acts of international terrorism.” However, Sudan’s jihadist problem exists within their borders as well. Earlier this year, we warned that  “[f]or years the Sudanese Christian church has encountered church demolitions, property confiscations, and unjust imprisonments.”

And yet the Sudanese persecution of Christians worsens.

As the World Watch Monitor reported last year: “Following South Sudan’s independence, President Omar al-Bashir – wanted by the ICC for crimes including genocide – has reasserted Sudan as an Islamic state governed by Sharia. Pressures have been ratcheted up against Christians since.” Consequently, “[a] number of other Christian leaders face restrictions, as Sudan’s government continues to impose a unified Arab Islamic character on territories left under its rule since the independence of [South Sudan] in July 2011.”

South Sudan – the world’s newest nation – gained independence from Sudan with the overwhelming support of its people. South Sudan has since descended into chaos largely due to their vicious civil war that has driven over 700,000 refugees north into Sudan, and another almost 1 million more south across Uganda’s open borders. Many of these refugees in Sudan are Christians. The Sudanese Islamists are taking advantage of the Christian refugees’ vulnerable situation, persecuting them simply because of their faith.

One Catholic charity source observed: “The majority are left in camps, some in a very terrible situation. They are confined in those places. They are not allowed to go further north to the cities” where they would be closer to life-sustaining resources. Thus, they are given the choice to starve or they “are conditioned to say Islamic prayers before [being] given food. This is not right. These children are Christian. They should be respected for that.”

Yet the government of Sudan continues to sabotage Christian church and aid organizations in their attempts to efficiently assist these South Sudanese Christian refugees. Sudan has repeatedly, wantonly, and willfully a carried out a discriminatory strategy to hamper Christian church and religious charitable efforts through the re-zoning, confiscation, and destruction of their properties. In the U.S. State Department’s 2015 report on religious freedom, released last year, the department wrote: “The Permission to build churches is impossible to obtain, and destruction of churches has increased since 2011.”

But Islamic-led intimidation and outright persecution of churches extends beyond property, to their pastors. Just two weeks ago, the government of Sudan arrested seven pastors who refused to cede over their Christian denomination’s leadership to a “government-appointed committee.” We previously wrote about the egregious imprisonment of the Rev. Hassan Abduraheem and the Rev. Kuwa Shamal by Sudanese security forces that targeted these Christian pastors for their faith and imprisoned them on trumped up charges.

After we launched a global campaign to secure their release, these brave pastors – Rev. Hassan and Rev. Kuwa – have since been freed to continue sharing God's Word with the people of Sudan. Their story demonstrates the power of your collective voice.

Islamic jihadists opposed to religious freedom in Sudan are attempting to systematically silence Christians.  The increased persecution should serve as a clarion call for our intervention through both prayer and petition. As their Christian brothers and sisters, let us rise up and be their voice for justice and human rights.

Christians in Sudan need us. We will continue to work with the persecuted Church in Sudan so that true religious freedom can be restored.