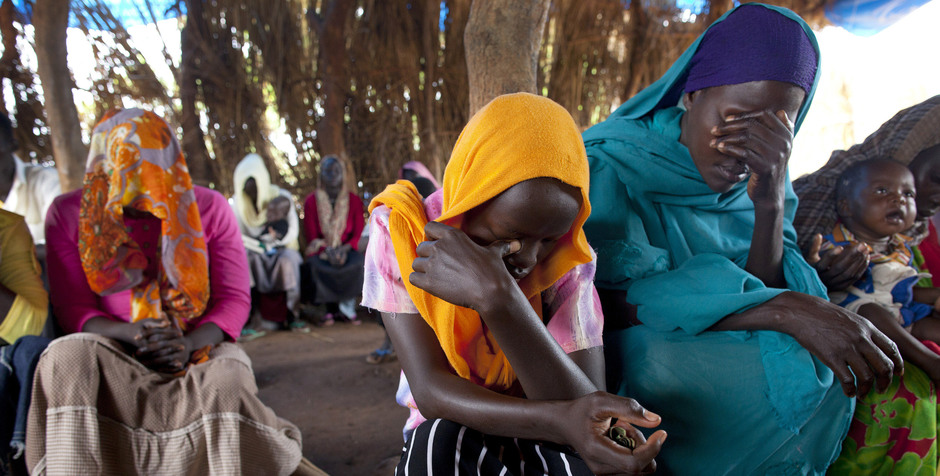 Sudan Ramps Up Persecution of Christians

The Christian community in Sudan has faced increased persecution this week at the hands of Sudanese authorities.

For years the Sudanese Christian church has encountered church demolitions, property confiscations, and unjust imprisonments, and this week those troubles only intensified.

First, the Administration court in Khartoum dismissed a case that would have prohibited the Sudanese government from demolishing at least 25 churches in the Khartoum area.  In a June 13, 2016 letter from the Executive Corporation for the Protection of Government Lands, Environment, Roads and Demolition of Irregularities of Khartoum State the names and locations of 25 church buildings marked for demolition were revealed, claiming that the churches were built on land zoned for other use.  Christian leaders, however, believe the decision was part of a greater systematic campaign to crackdown on Christianity across Sudan.

The Sudanese government has repeatedly oppressed the Christian community by interfering with their land and places of worship.  For example, in 2014 officials made a statement that no new churches could be built in Sudan.  Additionally, in 2012, the Ministry of Endowment canceled the democratically elected committee that had been in place since 1902 to oversee church property, and appointed a corrupt committee that sold most of the church's land. The Administration court issued a decision in February 2015 ruling that the ministry has no right to appoint this committee and the elected committee had the legal power to deal with church land.  Unfortunately, the Sudanese government has not implemented the court’s decision and has allowed the corrupt committee to remain in power.

And now the illegitimate committee intends to sell off the church land after demolition of the buildings in order to reap a profit.  In February 2017, the committee was ready to move forward with their plans but the churches filed a motion to stop the demolition. The case has been pending before the Administration court in Khartoum, but unfortunately, the court dismissed the case last week.  Five churches are now in the process of appealing the decision to a higher court.

If relief is not granted to these churches, over 25 Sudanese Christian congregations will lose their beloved places of worship and community.

Additionally, this week Sudan’s National Intelligence and Security Services (NISS) arrested 12 administrators and teachers at a Christian school in Khartoum, while prohibiting many others from leaving the school’s premises.  NISS claims that leaders at the Evangelical School of Sudan are “interfering” with a Muslim-owned business’s attempts to take over the Christian school. The police efforts seem to assist the Muslim investor at “Education Vision,” who has been attempting to take over the school for months.

All but one of the school’s staff members have been released from police custody, but more NISS interference at the school is expected.

All of these state interferences in the Christian community come as Christian Pastor Hassan continues to sit in his prison cell, convicted of trumped-up national security crimes he did not commit.

The persecution of Christians in Sudan prompted the U.S. State Department to designate Sudan as a “country of particular concern,” or CPC, under the International Religious Freedom Act (IRFA) since 1999.  In the 2015 report on religious freedom, which was released last year, the department wrote:

The government of Sudan, led by President Omar Hassan al-Bashir, continues to engage in systematic, ongoing, and egregious violations of freedom of religion or belief. These violations are the result of President Bashir’s policies of Islamization and Arabization. The government of Sudan prosecutes persons accused of apostasy, imposes a restrictive interpretation of Shari’ah (Islamic law) and applies corresponding hudood punishments on Muslims and non-Muslims alike, and harasses the country’s Christian community. President al-Bashir and other National Congress Party (NCP) leaders continue to state that the country will be governed by Shari’ah law.

Those opposed to religious freedom in Sudan are attempting to systematically silence Christians.  Sudanese Christians need us, their brothers and sisters in Christ from around the world, to rise up and be their voice.  Sign our petition below to join our international efforts demanding that true religious freedom be restored in Sudan.