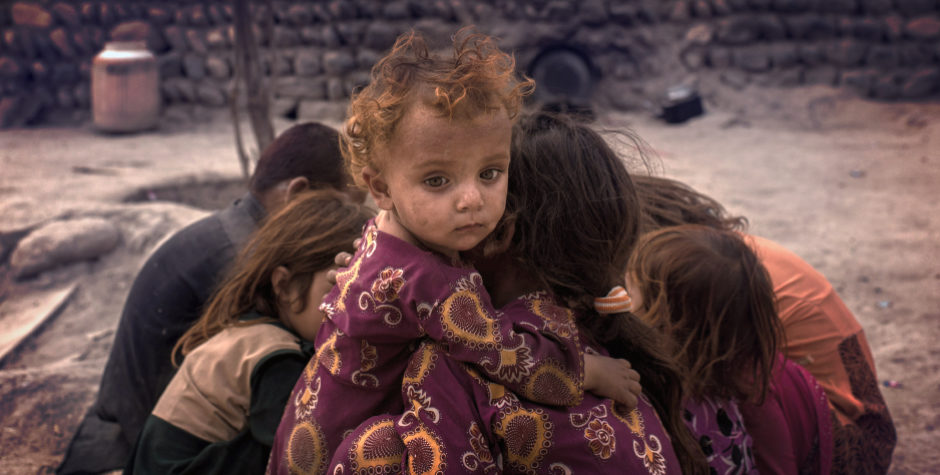 That’s how an alarming study recently commissioned and released by the British government described the current state of Christian persecution around the globe.

The final report, compiled by the Bishop of Truro the Right Reverend Philip Mounstephen states that violence and oppression against Christians is increasing rapidly, and becoming more deadly.

"Evidence shows not only the geographic spread of anti-Christian persecution, but also its increasing severity. In some regions, the level and nature of persecution is arguably coming close to meeting the international definition of genocide, according to that adopted by the UN."

The report states Christians make up “by far the most widely persecuted religion” among the one-third of the world’s population suffering some religious persecution.

Persecution on grounds of religious faith is a global phenomenon that is growing in scale and intensity. Reports including that of the United Nations (UN) Special Rapporteur on ‘Freedom of Religion and Belief’ (FoRB) suggest that religious persecution is on the rise, and it is an “ever-growing threat” to societies around the world.

Though it is impossible to know the exact numbers of people persecuted for their faith, based on reports from different NGOs, it is estimated that one third of the world’s population suffers from religious persecution in some form, with Christians being the most persecuted group.

It’s chilling. According to the report, an estimated 80% of persecuted believers around the world are Christians.

But the ACLJ is already well aware of this startling reality. We have a moral obligation to stand up for endangered brothers and sisters in Christ. The ACLJ has worked to help save the lives of numerous Christians from persecution and death, and helped obtain freedom for multiple wrongfully incarcerated believers. But many more still live under the threat of violence, torture, imprisonment, or death.

We recently told you how we filed a written submission before the United Nations Human Rights Council (UNHRC) through our European affiliate, the European Centre for Law and Justice (ECLJ), detailing the spread of religiously motivated atrocities and acts of violence against Christians around the globe.

ISIS waged a bloody campaign of genocide against Christians, leaving countless innocents dead and many more displaced and vulnerable. Now ISIS is on the run, but the scourge of its viral, hateful rhetoric and its commitment to drive Christians to a violent extinction has infected other radical jihadist groups.

As we explained to the U.N.:

Increasingly, we see attacks being carried out against Christians in countries such as Nigeria, Egypt, and now Sri Lanka. ISIS is on the run from Iraq and Syria, but the escaping fighters take with them their ideology and commitment to the destruction of Christians.

ISIS and its affiliates are spreading around the globe, promoting terror and perpetrating religiously based attacks . . . . It is estimated that since May of 2011 Boko Haram has killed more than 37,500 people, displaced 2.4 million, and created 228,000 refugees.

Boko Haram has pledged allegiance to the Islamic State, and utilises its tactics of mass killings and kidnappings to instill fear and intimidate. They target Christians and anyone else whom they see as a threat to the establishment of an Islamic State.

Boko Haram’s atrocities have no limit. Horrific examples of its cruelty include: executing 59 boys in their sleep and burning down their school, utilizing mob violence to target Christians, and using fake preachers to massacre innocent worshipers.

These and countless other acts of terror and senseless sectarian violence provide an example of the gruesome and dehumanising atrocities targeting Christians and others who are vulnerable.

The ACLJ is fighting for endangered and dying Christians all around the world. We’ve stood before the U.N. multiple times demanding protection for Christian victims of the ISIS genocide in Syria and Iraq. We’ve also urged swift global action for Nigeria’s Christians living under the threat of murder or abduction by Islamic militias like Boko Haram and the Fulani Herdsmen.

We’re also fighting for the life of Christian Pastor Yousef Nadarkhani in Iran, who was brutally beaten and arrested by Iranian authorities. Pastor Youcef – once sentenced to death for his Christian faith – has again been imprisoned.

And as we recently told you, a Chinese court just upheld its unjust conviction of Christian Pastor John Cao, a U.S. permanent resident. Pastor Cao dedicated his life to peacefully serving the poor and building schools in China and Myanmar (Burma.) Two years ago, he was arrested and ultimately sentenced to 7 years in prison for living out his faith.

Pastor Cao’s health has been suffering, he’s been in pain, and he’s lost a distressing 50 lbs. from lack of nutrition. We are working at the highest levels of government to correct this injustice and obtain his freedom to return him home to North Carolina with his wife and children.

As this British report indicates, the situation for Christians around the world has become dire. Innocent Christian men, women, and children are in grave danger. Some will not survive this year.

We will continue to fight to defend them. But we need the international community to hold countries committing or allowing this persecution accountable and uphold Christians’ fundamental right to live and worship freely without threat of retribution or violence. If world leaders don’t come together on behalf of endangered Christians, the outlook appears beyond grim – it’s unthinkable.