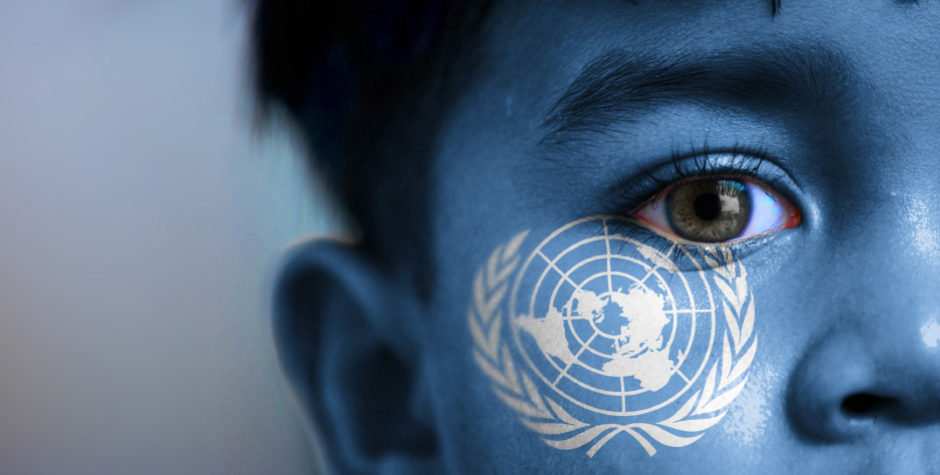 Through our European affiliate, the European Centre for Law and Justice (ECLJ), we filed a written submission before the United Nations Human Rights Council (UNHRC) detailing the spread of religiously motivated attacks against Christians around the world. As we explained to the U.N.:

Unfortunately, these atrocities and acts of violence are spreading around the globe. Increasingly, we see attacks being carried out against Christians in countries such as Nigeria, Egypt, and now Sri Lanka. ISIS is on the run from Iraq and Syria, but the escaping fighters take with them their ideology and commitment to the destruction of Christians. ISIS and its affiliates are spreading around the globe, promoting terror and perpetrating religiously based attacks.

In our continued efforts to encourage the U.N. to call the ISIS genocide of Christians in Iraq and Syria what it is – genocide – we detailed the abuses and atrocities that Christians have been facing.

In Iraq, the ISIS abuses include beheadings, burning victims alive in caskets, and other barbaric acts, such as ‘killings, rape, kidnapping, enslavement, theft . . . destruction of religious sites . . . sexual slavery, forced conversion, ransom demands, property seizures, and forced business closures’. Islamic State fighters destroyed Iraq’s oldest Christian monastery, St. Elijah’s. Father Paul Thabit Habib, a Catholic priest ‘who now lives in Kurdish-administered Irbil’, said that Iraq’s ‘Christian history was “being barbarically levelled”’. He added, “‘[W]e see it as an attempt to expel us from Iraq, eliminating and finishing our existence in this land’”. Such savagery has been punctuated by evidence that the Islamic State is burning Christians alive in locked caskets.

As we have previously told you, Christians within Nigeria are increasingly becoming victims of religiously based attacks at the hands of Boko Haram, an ISIS affiliated terrorist group. As we detailed to the U.N.:

It is estimated that since May of 2011 Boko Haram has killed more than 37,500 people, displaced 2.4 million, and created 228,000 refugees. Boko Haram has pledged allegiance to the Islamic State, and utilises its tactics of mass killings and kidnappings to instil fear and intimidate. They target Christians and anyone else whom they see as a threat to the establishment of an Islamic State.

Increasingly, we are also seeing the spread of religiously motivated attacks in other parts of the world, and it is not uncommon for these attacks to occur during major religious holidays.

We further see this spread of religiously motivated attacks targeting Christians in the recent deadly attack on Christians in Sri Lanka. On Easter Sunday of this year, eight bombs were detonated at three churches and three hotels resulting in the deaths of nearly 300 people and wounding 500 more. One survivor described the scene as “absolute carnage” and said “There were people screaming and dead bodies all around.” Unfortunately, these types of attacks are becoming far too common.

In April of 2017, 50 Christians were killed as a result of a coordinated bombing at two churches on Palm Sunday by the Islamic State. Marian Abdel Malak, a 26-year-old who lost three loved ones in the attack, issued a startling warning: “If things stay like this we don’t have any place anywhere in the country – in schools, or in government departments. We don’t have any value”.

It is critical that the U.N. and international community come together to put an end to the spread of senseless violence against Christians.

It is imperative that the United Nations works to ensure all people are able to freely exercise their religion without fear of persecution. The spread of religious persecution cannot continue any longer and it must stop immediately to ensure that more people are not killed because of their faith.

Join us as we continue to defend persecuted Christians all around the world.