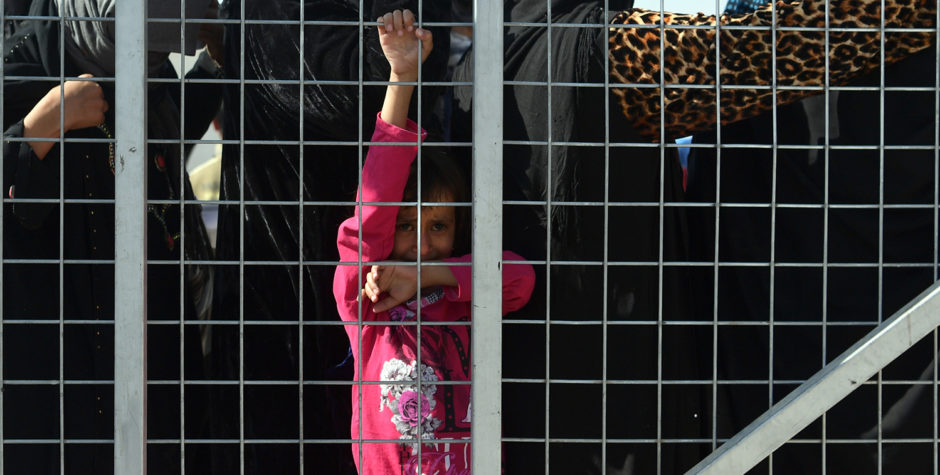 Standing Up for the Victims of Genocide Directly at the UN

Standing Up for Victims of Genocide at the UN

As part of our ongoing advocacy campaign to bring relief to the victims of genocide, last week we submitted our fifth written testimony to the U.N. Human Rights Council.

As we have previously told you, ISIS is on the run and Christians and other victims of the genocide are finally beginning to return home. However, the damage left in the wake of the ISIS genocide has taken massive tolls on the Christian community there.

As we explained in our written testimony:

As more ISIS-held regions are being liberated, evidence is revealing the undisputable genocidal acts by ISIS against religious minorities. The growing body of evidence demonstrates that the inhuman violence at issue is, in fact, genocide as defined by the Convention. The victims of ISIS’s genocide deserve the recognition and protection of the international community, yet the world’s premier international body has failed to recognise that they are indeed victims of genocide.

While ISIS continues to perpetrate genocidal crimes, it is losing ground in Iraq. However, continued conflict in the area poses a hindrance to the expeditious resettlement of Iraqi internally displaced persons (IDPs). Some Christians in Iraq have already begun returning home only to be forced to flee again. Thus, the international community must take intermediate measures to aid and protect them. We advocate for the prioritisation of international aid and assistance to create and maintain safe in-region relocation options. The creation of “safe zones” helps to ensure the safety and security of IDPs who, so far, have not been able to return home, IDPs who have returned home, or survivors who perhaps never left.

We further urged the U.N. to declare these atrocities as acts of genocide and “assist those seeking to return home and facilitate the ultimate and lasting resettlement of the victims of ISIS’s atrocities, including those who survive the genocide.”

We have made some progress. Earlier we shared with you that based on our years of directly engaging this issue, the U.N. is beginning to move forward with efforts to hold ISIS accountable and protect victims, including helping survivors restore their lives.  In response to our requests, Adama Dieng, U.N. Under Secretary-General and Special Adviser to the Secretary-General on the Prevention of Genocide, wrote us stating:

I share with you the belief that, given that the acts committed by [ISIS] may constitute genocide, war crimes and crimes against humanity, they should be examined and prosecuted by independent and competent courts.

Finally, as we recently explained, we have helped secure even more aid through both the U.S. and U.N. specifically for Christian victims of genocide:

Thankfully, the Trump Administration has since negotiated a new deal – one that tracks closely with the ACLJ’s policy position. The new arrangement negotiated between the U.S. and the U.N. includes a requirement that the U.N. ensure that aid will directly “address the needs of vulnerable religious and ethnic minorities communities.” . . .

This is a significant and measurable step forward in our effort, something we hope to build upon through our submission to the U.N. In addition, we are preparing to make a critical oral intervention at the U.N. in just a matter of weeks on exactly this topic.

There is still a lot of work to be done. The ISIS genocide has had a devastating impact on the lives and communities of Christians in Iraq. Even though ISIS is now on the run and Christians are returning home we must continue to fight to hold ISIS accountable for their atrocities and provide the resource and assistance needed for the victims to rebuild their lives.