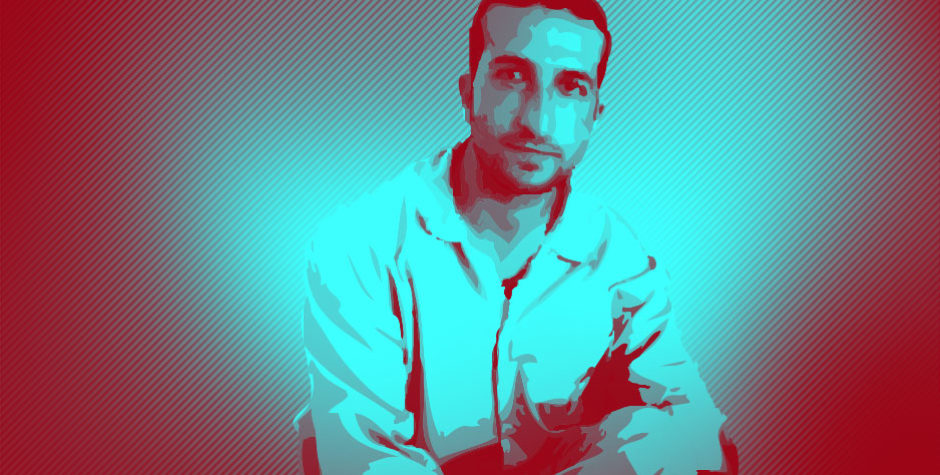 Pastor Youcef Nadarkhani Brutally Beaten and Arrested Again, and His Young Son Tasered in Their Home by Iranian Authorities

Five years ago, we celebrated a major victory when due to the diligent legal advocacy work of the ACLJ and the unwavering support and prayers of ACLJ members, Pastor Youcef Nadarkhani – sentenced to die in Iran for “apostasy” – was set free.

Today we must ask you once again to pray for Pastor Youcef and his family after he was reportedly arrested and brutally beaten in his own home, and his young son was tasered by Iranian authorities.

Sources report that plain clothes Iranian agents raided Pastor Youcef’s home on Sunday, July 22 and then proceeded to attack him before arresting him:

"In response to his family's inquiry, they were told that Mr. Nadarkhani is scheduled to be transferred to Tehran's Evin Prison," the source added.

Evin Prison is where many Christians and political opponents of the Iranian regime have been held, experiencing deplorable human rights abuses and lack of medical treatment.

Pastor Youcef, a Christian born and living in Iran, has been arrested and imprisoned numerous times, stemming from his Christian faith.

In 2009, Pastor Youcef discovered his children were being forced to study the Quran in school, even though the Iranian constitution is supposed to guarantee freedom of religion. Pastor Youcef went to the school and was reported to the police for protesting. He was arrested and tried on the charge of “apostasy.”

As we reported, the judge gave him an opportunity to repent, but the stalwart Pastor Youcef refused to renounce his faith in Jesus Christ.

When asked to “repent” by the Judges, Youcef stated, “Repent means to return. What should I return to? To the blasphemy that I had before my faith in Christ?” The judges replied, “To the religion of your ancestors, Islam.” To which he replied, “I cannot.”

Pastor Youcef was convicted and sentenced to death for converting to Christianity. The ACLJ worked for years to bring Pastor Youcef’s plight to the international spotlight to gain his freedom while he awaited execution.

After three years, Pastor Youcef was finally released as a direct result of supporters all across the world standing up and demanding his freedom.

Just 2 years ago, sources reported Iran’s Intelligence Ministry’s forces raided 10 house churches, including one where Pastor Youcef and his wife and three others were attending a Christian church service. They were all freed on bail.

Pastor Nadarkhani was home on bail awaiting a summons to prison following the failure in May of an appeal against his conviction, and that of fellow Church of Iran members Mohammadreza Omidi, Yasser Mossayebzadeh, and Saheb Fadaie, on charges of ‘acting against national security’ by ‘promoting Zionist Christianity’. All four had been given ten year sentences; however, the pastor and Mr Omidi received an additional two years each, to be served in remote and inhospitable locations in the south of the country.

The four Christians had been arrested in Rasht on 13 May 2016 during a series of raids by security agents on Christian homes. In July 2017, they were found guilty of ‘acting against national security’ by ‘promoting Zionist Christianity’ and  given ten-year sentences by Judge Ahmadzadeh, head judge of the 26th Branch of the Islamic Revolutionary Court in Tehran, who is accused of overseeing miscarriages of justice, and is subject to financial sanctions in the United Kingdom.

Their appeal hearing on 13 December 2017 took place before Judge Hassan Babaee and Judge Ahmad Zargar, both of whom are alleged to have played prominent roles in the crackdown on freedom of expression in Iran. Judge Zargar, a Hojjatolislam, was amongst several Iranian officials deemed responsible or complicit in serious human rights violations in 2012. He was also one of six judges accused in 2014 of losing judicial impartiality and overseeing miscarriages of justice in trials involving journalists, lawyers, political activists and members of Iran’s ethnic and religious minorities.

Our hearts are heavy to learn Iran has once again made an example of Pastor Youcef because of his Christian faith. We’ve said it before – Iran is a grave threat not only to Israel and to the United States, but even to its own people.

For an Iranian citizen and father to be beaten in his own home – in front of his terrified family – is abhorrent. And to use a taser on a child is nothing short of savagery.  And all because Pastor Youcef preaches the Gospel of Jesus Christ.

This heinous persecution cannot be ignored or tolerated by any nation.

The ACLJ has worked to help secure the release of numerous Christian pastors in Iran. Iran will only listen when the world is united in one voice.

We will continue to monitor Pastor Youcef’s current situation and are prepared to act on the international stage. He must be released. Iran cannot be allowed to continually target this Christian pastor. The international community must demand Iran adhere to its own constitution and stop abusing and persecuting Christians.