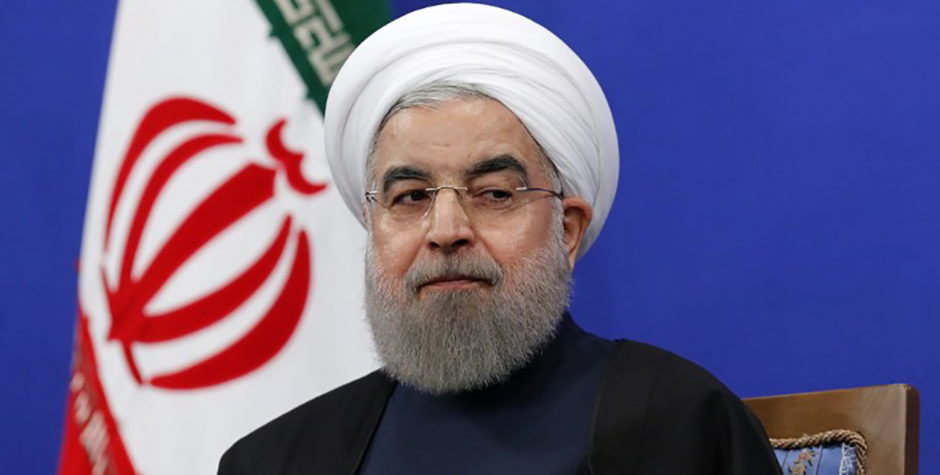 Iran Threatens “Mother of All Wars” Against U.S.

The President of Iran just fired off a threat at President Trump and America. Our President quickly answered back with unwavering strength.

Iran is run like a mafia-state. The Iranian government is more interested in supporting terrorism  than its own desperate citizens. It’s people suffer from hunger, unemployment, and severe lack of opportunity to improve their lives.

Women have little-to-no rights. Personal freedoms are virtually non-existent. And Iran holds the appalling distinction of executing more children than any other country.

It is a government that rules with fear and violence. And Iran’s President Hassan Rouhani seems to think he can use that same tactic on the United States. The Iranian President just sent an unprovoked threat while addressing a group of Iranian diplomats that was directly aimed at President Trump:

President Trump did not ignore the misguided threat to America, and took to Twitter to send his response to the Iranian President in a public forum where all of Iran’s leaders – already increasingly desperate due to U.S. sanctions against Iran - and the rest of the world could see it.

To Iranian President Rouhani: NEVER, EVER THREATEN THE UNITED STATES AGAIN OR YOU WILL SUFFER CONSEQUENCES THE LIKES OF WHICH FEW THROUGHOUT HISTORY HAVE EVER SUFFERED BEFORE. WE ARE NO LONGER A COUNTRY THAT WILL STAND FOR YOUR DEMENTED WORDS OF VIOLENCE & DEATH. BE CAUTIOUS!

Despite the misinformed criticisms of the President’s response, this was not provoking war with Iran. The President was simply making it clear that America does not and will not kowtow to threats from terrorists or nations that provide them with support.

Of course the U.S. does not want to go to war with Iran or anyone, if it can be avoided. But put simply, the days of our enemies shouting “death to America” without consequence are OVER.

There is great unrest in Iran. People are suffering while the Ayatollah reportedly sits on a $95 BILLION dollar slush fund for his private military force. It is the number one state sponsor of terrorism. It is also a country that we’ve told you lies over and over again, particularly about its true plans for its nuclear program.

We reported how Iran has conducted ballistic missile tests with the “Israel must be destroyed” scrawled across the sides. This current Iranian regime is a threat to the U.S. and to Israel.

U.S. stands with the people of Iran. We oppose the violent regime that ignores their suffering. The Iranian regime knows America would support a free Iran and it is terrified. It needs to stir fear and anti-U.S. sentiment among its citizens to keep them from realizing that America could be a great ally of the Iranian people.

In his address, the Iranian President even challenged the influence of the U.S., stating President Trump is  “not in a position to incite the Iranian nation against Iran’s security and interests.”

It seems America doesn’t need to incite the citizens of Iran. Earlier this year there were protests in the streets all over the country, and the people weren’t burning American flags or calling for the destruction of the United States. They were protesting the current Iranian regime, shouting “Death to Rouhani” and “We don’t want the Islamic Republic.”

Iran is in need of change. The Iranian people have cried out for it.

It is our hope that Iran’s leadership takes President Trump’s simple but clear response to heart and chooses to make changes toward peace.

The Iranian regime under Rouhani is a menace to the world and its own people. It must be stopped. It must not be allowed to violate international law, taunt America, and devastate Israel.