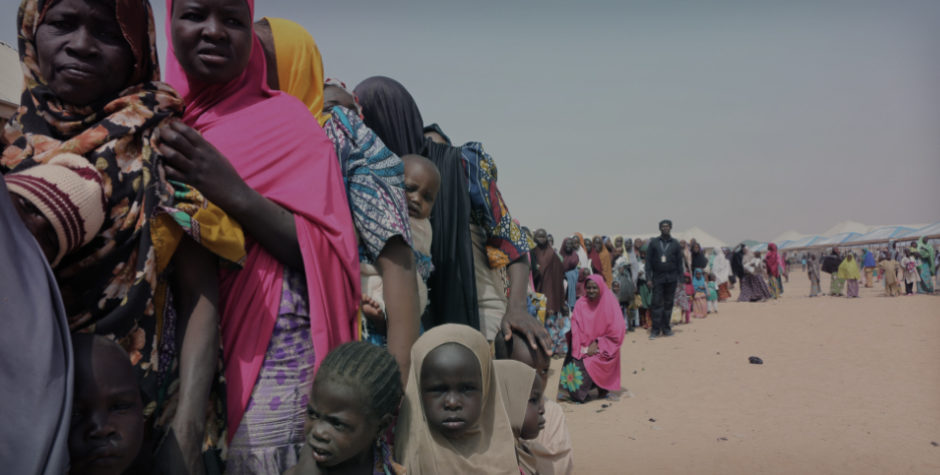 Death Toll Continues to Rise for Christians in Nigeria

Nigeria has become a deadly war zone for Christians who are unable to defend themselves as the death toll continues to rise.  As local church leaders plead for help from the United States, we’re taking international action to protect these dying Christians.

Islamic jihadists have reportedly slaughtered more than 120 Christians in less than two months.

Islamic terrorists killed more than 120 Christians and burned dozens of homes in northern Nigeria in a series of attacks they have waged since February.

ISIS-affiliated Boko Haram militants and Muslim Fulani tribesmen have hammered Christian villages in the Kaduna, Benue and Borno state . . . The jihadist group (Boko Haram) also invaded the village of Michika on March 18 before the military drove them back. Boko Haram raided Gatamwarwa ward in Borno state Thursday, burning several homes. Local authorities have yet to confirm the number of casualties.

Boko Haram, the ISIS-aligned terrorist militia, has been waging a bloodthirsty campaign in the West African region, murdering Christians, kidnapping young girls, and burning villages to the ground. The number of its victims now stands in the tens of thousands since 2009. It is an army of pure evil.

After a recent attack, a local priest described the devastation and the many helpless children left orphaned by the terrorists.

“After that attack, I came to visit the villages in the two-mile area around my church, and it was like a cemetery. More than 150 people had been murdered . . . I have dozens of little children, with no school supplies, no uniforms and no desks, and I need to create a school for them.”

Another Nigerian Christian leader appealed to President Trump for help, in the absence of help from the Nigerian government.

“I appeal to President Trump to be proactive in urging our country’s government to alleviate the Boko Haram problem. That means to listen to the masses who are at the level where the violence is happening. Because most of the time there is not enough sincere information coming from the government.”

Boko Haram is also the same group that we’ve told you kidnapped 110 innocent school girls in broad daylight, of which five are dead, and it’s still holding one brave Christian teen named Leah Sharibu hostage a year later because of her faith.

The vile terrorists have reportedly demanded an astronomical sum of $275 million dollars in ransom, or have threatened to execute or enslave her for life.

Her heartbroken parents have not seen their daughter in over a year, and her mother has asked all Christians to “not get tired of praying for her until she returns.” The turmoil Leah’s family is feeling is unimaginable.

This nightmare for Christians has to end now. The ACLJ is taking action to stop this violent persecution. We’ve filed critical written submissions at the United Nations urging the international community to take immediate steps to protect these Christians and demand the Nigerian government take action to track down and stop these violent aggressors and bring them to justice.

Our latest submission to the U.N. Human Rights Council implored the global community to act before the violence escalates and spreads into other regions, as it already has begun to do.

Clearly, horrific acts of aggression are violating the peaceful lives of Christians in Nigeria. In order to prevent further loss of life, a massive humanitarian crisis, and to end increasing religiously motivated violence, we must act now.

The U.N. Charter calls on the U.N. to remove threats to peace, and the Genocide Convention calls on the U.N. to prevent acts of genocide not merely to respond to genocide . . . This is only the beginning, if meaningful action is not taken now the problem in Nigeria will worsen. Islamic State and Islamic State affiliate groups, like Boko Haram, have shown their resiliency time and time again. When they are forced out of one area they flee in order to regroup and fight another day.

This is why we respectfully request that this Council work with government of Nigeria in order to protect the people who are vulnerable to attack by preventing further attacks, prosecuting those who are responsible for these brutal atrocities, and providing aid and assistance to the victims.

We just returned to the U.N. to deliver an oral intervention for Leah Sharibu and Nigeria’s endangered Christians. We again urged the international body to act now to stem this bloodshed and violence.

Children in Nigeria are facing a grave threat due to the atrocities being carried out by Boko Haram. With over 50,000 children orphaned by jihadist violence in Northern Nigeria, children are often preyed upon and weaponized as “suicide bombers.” The U.N. must act now to protect children in Nigeria.

Reports estimate that since 2013 Boko Haram has abducted approximately 1,000 children, killed over 2,000 teachers and destroyed more than 1,400 schools in northeast Nigeria. These attacks and kidnappings have been carried out when children are at school and should feel safe . . . Now more than ever it is critical that the U.N. intervene to put a stop to these atrocities. The U.N. Charter calls for the removal of threats to peace, and the Genocide Convention calls upon the U.N. to prevent acts of genocide, not just respond to them. Action must be taken now to demand Leah’s immediate release and to protect Nigeria’s children.

We are directly working to protect our persecuted brothers and sisters across the globe. But without the necessary international aid and protection, as well as pressure on the Nigerian government to defend its citizens, the future for Christian children in Africa – including Leah Sharibu – looks bleak.