Congress Turns Up the Pressure on Turkey, as the ACLJ Goes Back to the U.N. to Demand Pastor Andrew Brunson’s Freedom | American Center for Law and Justice
Search  |  Logout  |  Login  |  Register 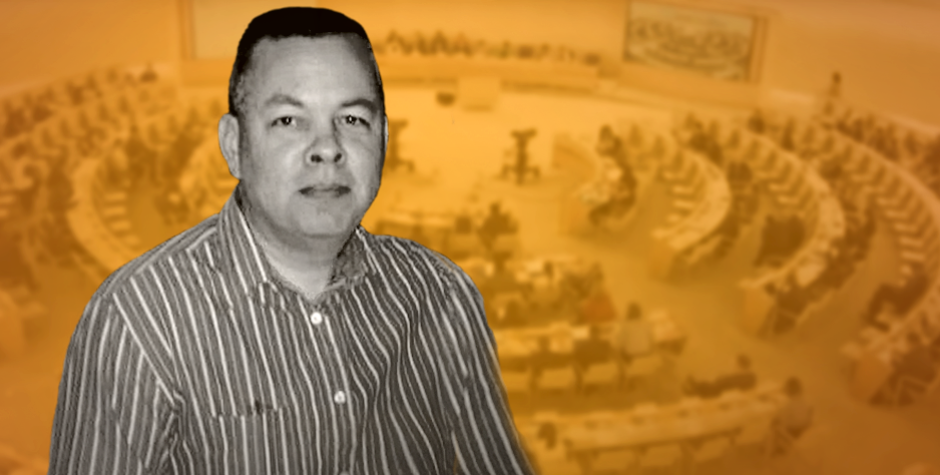 Congress Turns Up the Pressure on Turkey, as the ACLJ Goes Back to the U.N. to Demand Pastor Andrew Brunson’s Freedom

Back to the U.N. to Demand Pastor Andrew's Freedom

The United States Senate just made a major move in trying to force the release of American Pastor Andrew Brunson, and now it’s once again our turn. We’ve just gone back to the U.N. to urge the world’s leaders to step up and apply maximum pressure on Turkey.

Wrongfully imprisoned American Pastor Andrew Brunson remains behind bars in Turkey, even as the U.S. recently renewed its “spirit of allied partnership” with the country holding him captive. We are hopeful that spirit will lead to Pastor Andrew’s freedom, but we believe it will require more than a joint statement.

We recently told you that the U.S. Senate passed the NDAA, including Sec. 1269, by an overwhelming majority vote of 85-15. This bill, with the inclusion of Sec. 1269 prevents the U.S. Department of Defense (DOD) from selling F-35 fighter jets to Turkey.  The provision essentially denies Turkey these key fighter jets they want as long as Pastor Andrew remains a hostage of the Turkish regime. It’s the key military aid they need, and hopefully they will cooperate for Pastor Andrew’s sake.

Now the bill will go to a conference committee to negotiate the final draft. The U.S. House has already approved its similar companion legislation.

We applaud the U.S. Senate, and Senators Shaheen (NH) and Tillis (NC), for their leadership efforts on this issue, and for quickly approving the NDAA, including Sec. 1269. Once the bill is finalized, it will be sent to the President to sign.

But Pastor Andrew cannot afford for us to simply wait around. We are taking action, returning the U.N. on Pastor Andrew’s behalf. We told you that we presented a critical written submission to the U.N. detailing the pastor’s plight in Turkey, the infuriating human rights violations he has endured, how the trial has been a sham, and finally demanding intervention. As stated in our submission, Turkey’s treatment of Pastor Andrew is violating its own constitution:

Article 5 of the ECHR guarantees that no one shall be arbitrarily ‘deprived of his liberty’6. Article 36 of Turkey’s Constitution also protects the right to litigation ‘before the courts through lawful means and procedure.’ Turkey has violated all of these protections by arresting and detaining an innocent pastor in prison for over a year and a half based on the hearsay testimony of secret witnesses. Moreover, Turkey has denied Pastor Brunson the opportunity to mount an adequate defence by flippantly dismissing all defence witness testimony.

Our written submission formally asked the U.N. to “make every effort to ensure that Pastor Brunson is not only treated with great care, but that he is released and allowed to return home to the United States without injury or delay.”

Now we have just made an oral presentation at the U.N. through our affiliate European office, the European Centre for Law and Justice (ECLJ), to again urge the world’s leaders to acknowledge this clear human rights violation, and help free Pastor Andrew.

We must continually remind the international community that our “NATO ally” – and now “renewed partner” –  has violated many international laws and obligations, and its own constitution, by arresting and imprisoning an innocent U.S. citizen, impacting his health and well-being, for over a year and a half based on what can, at best, be called hearsay testimony of dubious “secret witnesses.”

There’s no question that Turkey is a valued partner of the United States. Our two nations have been allies since 1952, and we need each other. However, no partnership can move forward in good faith so long as one innocent citizen – especially a pastor who loved and dedicated his life to serving the people Turkey  – sits in an inhumane prison cell, torn away from his family, and uncertain of his own fate. We cannot and will not accept it, from any so-called ally.

It is crucial we act now. Pastor Brunson must be released immediately and allowed to return home safely. The President has stated he should be brought home, and that he is working toward that end. Congress has now made it clear they will inflict a steep penalty if he is not released. We are working vigorously at the U.N. to demand intervention until that end is achieved.

But we need YOU. Your voice could be the difference. Join the over 500,000 supporters who have signed our petition and demanded Pastor Andrew’s freedom today.

Below is the full prepared statement we delivered to the U.N. in Geneva:

The ECLJ, once again, respectfully draws this Council’s attention to the plight of Pastor Andrew Brunson, an innocent U.S. citizen who is wrongfully imprisoned in Turkey, and who is currently undergoing a sham trial.

Pastor Brunson’s ongoing trial in Turkey began on 16 April 2018. Turkey has made it clear that this is a sham trial, and, as indicated by President Erdoğan’s multiple demands to swap Pastor Brunson for Fethullah Gülen, Pastor Brunson is undoubtedly a political prisoner being held as a bargaining chip for Turkey.

On 16 April, eighteen months after his imprisonment, Pastor Brunson’s trial began. The first day lasted thirteen hours and was filled with video testimony of secret prosecution witnesses whose appearances and voices were disguised almost to the point of their testimony being indecipherable. Furthermore, absolutely no evidence was provided. On 7 May 2018 Pastor Brunson’s second day of trial lasted eleven hours, and again involved no evidence, only prosecution witness testimony. Two of the seven witnesses brought by the prosecution were secret, two more were prisoners, and none of the seven witnesses testified that they had personally seen or heard Pastor Brunson do anything that would substantiate the charges against him. Their testimony was completely hearsay and conjecture. Moreover, the lead judge has essentially refused to allow any witness to testify on Pastor Brunson’s behalf.

Turkey has violated many international laws and obligations, as well as its own constitution, by arresting and detaining an innocent pastor in prison for over a year and a half based on the hearsay testimony of clearly questionable secret witnesses. Moreover, Turkey has denied Pastor Brunson the opportunity to mount an adequate defence by flippantly dismissing all defence witness testimony.

The ELCJ respectfully requests that this Council remind Turkey of its obligations and make every effort to ensure that Pastor Brunson is released and allowed to return home.