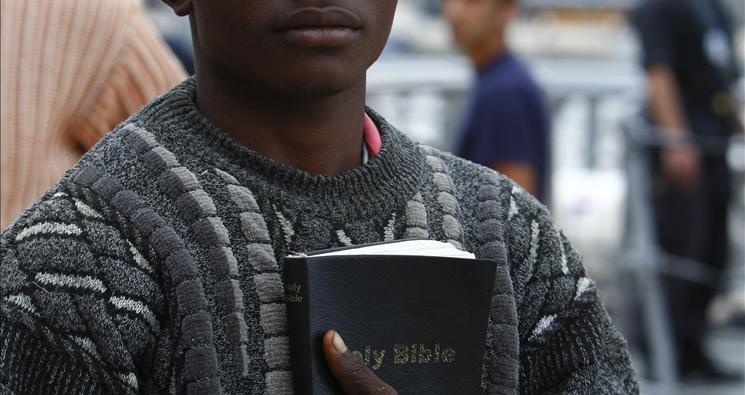 Easter Attack on Christians in Nigeria Must Ignite Change in U.S. Foreign Policy

Easter Attack on Christians in Nigeria

The ACLJ joined a number of human rights organizations issuing a joint press release condemning the slaughter of Nigerian Christians on Easter and denouncing the State Department’s exceedingly insensitive response.

Reports of the incident confirm that the target of the attack was the All Nations Christian Assembly Church. After being denied entrance to the church parking lot, a car bomb exploded a few minutes later at a nearby intersection during Easter Sunday morning services, killing at least 36 people and damaging multiple churches in the area.

Hours after the explosion in Kaduna state, an explosion caused injuries in the city of Jos, Plateau state, some 125 miles to the southeast of the suicide bombing in Kaduna. No groups have claimed responsibility for these attacks, but the near-daily religious violence in Nigeria in recent months can be traced to Islamist terror outfit Boko Haram.

As we have previously told you, attacks on Christians and Christian churches in northern Nigeria have become an epidemic. This particularly heinous act of terrorism was likely carried out by the same Islamic terrorist group that orchestrated a Christmas Day attack on another Christian church in Nigeria, killing 40.

Despite overwhelming evidence to the contrary —including documented instances of Christian pastors being pulled out of taxis and hacked with machetes by mobs shouting “Allah is great” and over 500 Christian churches being damaged or destroyed by similar mobs—the U.S. government continues to ignore the clearly religious motivations driving the crisis. Astonishingly, as late as Monday, the U.S. Assistant Secretary of State for Africa, Ambassador Johnnie Carson, stated that “religion is not driving extremist violence” in these attacks.

This current U.S. foreign policy degrades the hundreds of massacred Christians and ultimately provides an inadequate global counterterrorism response to the terrorist situation in Nigeria, increasing the national security risk both here in the United States and abroad.

Last month, Congressmen Peter King and Patrick Meehan wrote a letter to Secretary of State Hillary Clinton urging the State Department to designate Boko Haram as a foreign terrorist organization for legal and intelligence-gathering purposes. In support of this request, the ACLJ joined several other prominent human rights organizations in a joint press release, stating:

A group of human rights and religious liberty organizations in Washington condemn the barbaric multi-city Easter Sunday bombings in Kaduna and Plateau state that claimed dozens of lives. Attacks on northern and central Nigeria’s Christian community come as no surprise in light of Boko Haram’s genocidal declarations to kill Christians in the North, yet sadly they were avoidable. Despite the fact that the world has been on notice about religiously motivated terrorism in Nigeria due to sustained terrorist activity occurring against perceived "Western" concepts including churches, schools and even the United Nations, governments at home and abroad have largely ignored or underestimated the growing problem of interreligious strife and terrorism within Nigeria.

We particularly denounce the Assistant Secretary for Africa, Ambassador Johnnie Carson's ill-informed and exceedingly insensitive remarks that the crisis in Nigeria is not "religious." How the senseless serial killings of innocent worshippers during church services by a group whose publicly stated mission is to Islamize the nation and abolish democracy can be anything but religious is to willfully blind oneself to objective reality. It goes against all available evidence and even the pleas of the Nigerian government.

The joint statement continued: “We believe that the US should be more forthright in its assessment of the facts. . . . The US Department of State must declare Boko Haram a terrorist organization and place the Boko Haram and related organizations on its terrorist list.”

The ACLJ will continue to monitor this situation and work with other organizations in urging the State Department to recognize this crisis for what it is: Islamic terrorists persecuting Christians.

The ACLJ was joined by The Beckett Fund for Religious Liberty, The Institute for Religion and Democracy, Jubilee Campaign, International Christian Concern, The Westminster Institute, and The Justice for Jos Plus Project. The joint press release can be found here.