Battle for the Next Generation – Religious Freedom No Longer Enjoyed by Minors in China? | American Center for Law and Justice
Search  |  Logout  |  Login  |  Register 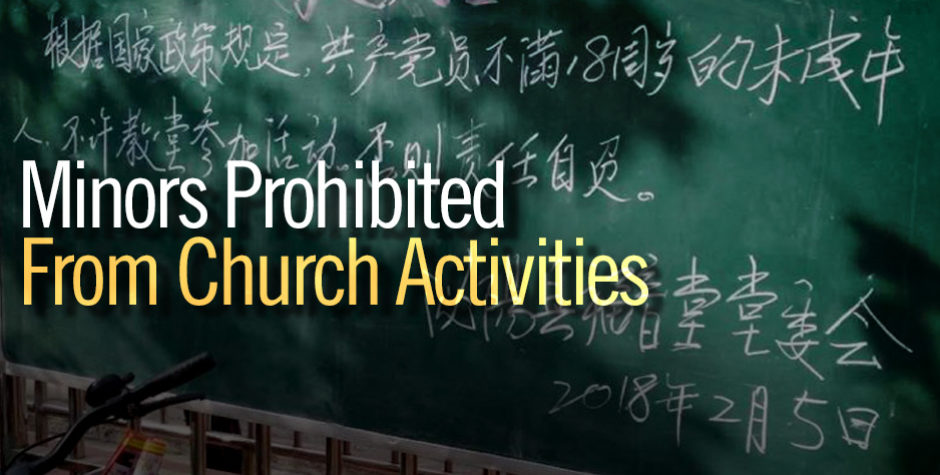 Battle for the Next Generation – Religious Freedom No Longer Enjoyed by Minors in China?

On a recent Sunday morning the local authorities broke into a church service in Zhengzhou, Henan Province, China and demanded that children under the age of 18 leave the service immediately. One of the women pleaded with the officer to allow her to stay at the service with her infant baby. The officer rejected her request and replied: “Anyone under 18 shall be banned from all religious activities.” The woman was dragged out of the meeting room with her baby.

Similar incidents have happened during church services in many cities around China since the revised Regulation on Religious Affairs became effective on February 1, 2018, which severely curtails the religious freedom of minors. According to the Regulations, unregistered religious groups, such as house churches, are deprived of the right to provide religious training, including Sunday school, to the children of their church members. Sunday schools were forced to shut down or change the type of class to something non-religious, like drawing or crafting. 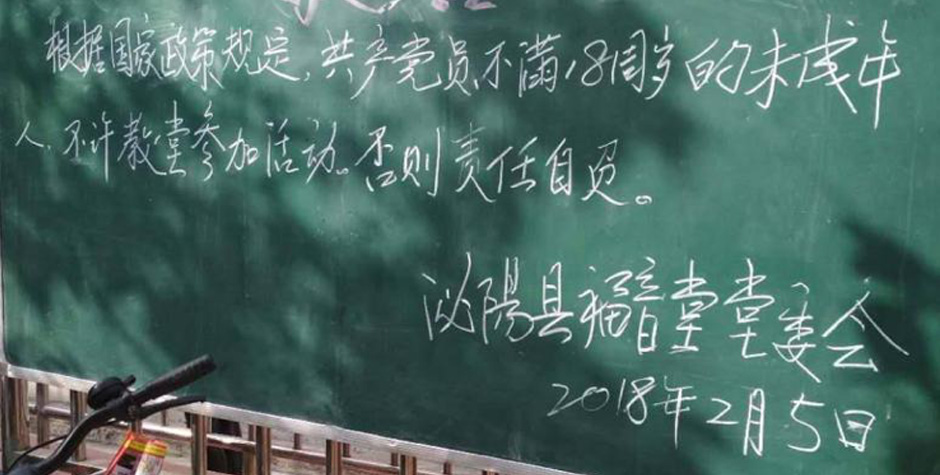 The notice from a local registered church in Henan province stating that “According to the state policy, communists and minors under the age of 18 are not allowed to participate in activities held in the church. Otherwise, they shall bear responsibilities themselves.”

Christian schools and kindergartens established by local churches were also shut down by authorities. In public schools and universities, campus ministry is strictly forbidden. In some schools, even religious discussions or individual prayers are interrupted, and the individuals involved face school discipline. Some Christian celebrations, such as Easter and Christmas, were prohibited at schools and Universities in China to make young people resist the “corrosion of Western religious culture.” 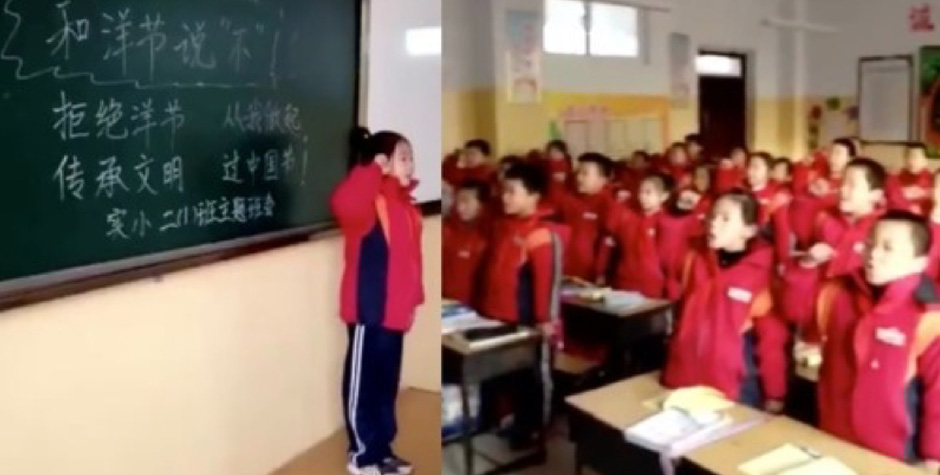 Primary school students vowed in their class meeting to “Say No to Foreign Festivals.”

Moreover, many cities implement the Regulations to such an extent that they equate preaching a sermon to receiving religious education, making it impossible for minors to enter even government approved registered churches, not to mention unregistered house churches.

More and more registered churches, both Protestant and Catholic, are putting out signs that say “No Minors under 18” at their entrances. It’s become such a problem that local officials will visit schools and insist that students with Christian parents not follow their parents’ religious beliefs or attend Sunday worship. Many parents have to give up their own religious activities as their children are forbidden from entering the religious venues with them.

In reality, the new Regulations only forbids preaching in non-religious schools and educational institutions, but state nothing about prohibiting minors from entering religious venues. This arbitrary interpretation and implementation of the Regulations deprives minors in China from any religious freedom far beyond the text of the Regulations themselves.

As Christianity has been growing rapidly on Chinese campuses, more and more young people are becoming Christians instead of joining the Chinese Community Party—the atheist ruling party of China. The Chinese government started to see this trend as a “fight over the next generation,” and a threat to the Party’s development.

Thus, the Chinese government is now using the new Regulations to push Christianity out of campuses and the lives of young people, and, at the same time, to advocate atheism through both public education and social media. For example, China’s Communist Youth League, the Chinese Communist Party for young people, posted a self-made video - “What If Atheism Is a Religion?” - on its Weibo (the Chinese equivalent of Twitter) to advocate atheism for Chinese youth, winning much popularity.

China has an estimated population of 70 million Christians; 58 million Protestants and 12 million Catholics. Soon China will have the largest Christian population of any country. We will continue to keep an eye on the new Regulations and China’s implementation of them, as well as the Chinese Christians that are persevering on the other side of the Pacific Ocean.