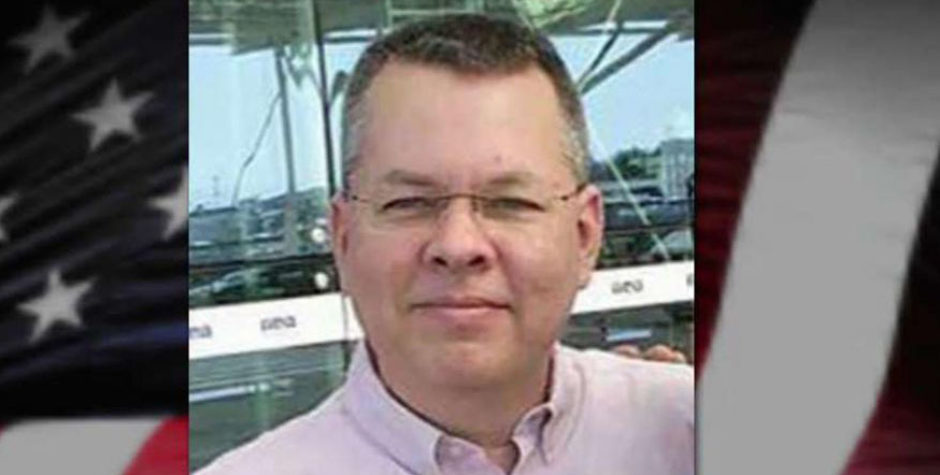 Today is the 50th birthday of American Pastor Andrew Brunson – a U.S. citizen – who has been falsely imprisoned in Turkey because of his Christian faith. For the past 454 days, this brave pastor has been held hostage in a Turkish jail – and now he’s forced to spend yet another birthday alone, separated from his wife and family.

For the past year, we at the ACLJ have been aggressively fighting across the globe for this wrongfully imprisoned U.S. pastor. We’ve brought his case all the way to the White House. We’ve testified on his behalf before Congress, pleading his case alongside his loving daughter. Nearly 400,000 of you have signed our petition to support Pastor Andrew and demand his immediate release.

Now, as we begin 2018, we’re preparing several legal actions to continue our fight to free Pastor Andrew. With your continued support, we will work around the clock and across the globe to secure his freedom. We must not leave our fellow Christian – our fellow American – to suffer alone in a Turkish prison. We must act.

Today, on his 50th birthday, Pastor Andrew remains in great danger. He should be spending this day celebrating with loved ones; instead he finds himself languishing in a Turkish prison trapped in a political nightmare. He’s been forced to endure unimaginable loneliness, missing birthdays, holidays, and even his daughter’s wedding day. It’s time for him to come home.

Please keep Pastor Andrew in your prayers and sign our urgent petition for his release. Be heard for this brave pastor today.