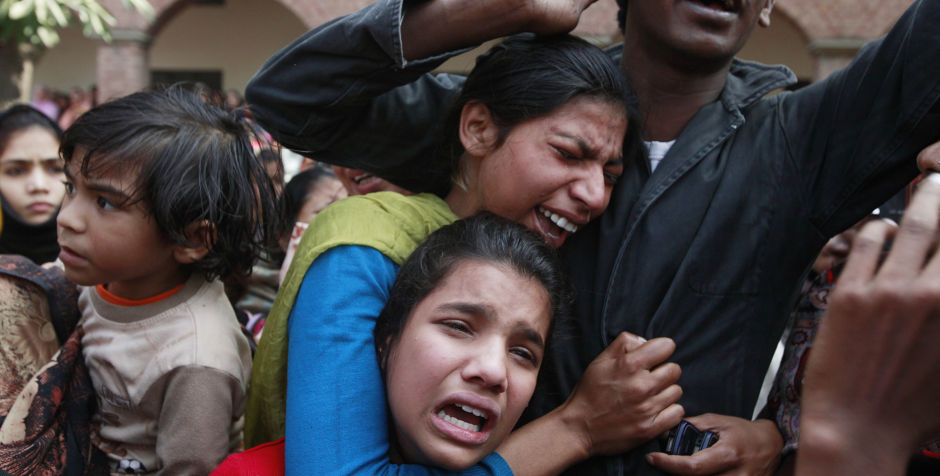 Doubtless you’ve heard the saying, “The only thing necessary for the triumph of evil is that good men do nothing.” History has proven this statement true – but, it has also proven true that when good men do something, evil can be vanquished.

Today we took direct action at the United Nations (U.N.), calling for it to recognize the ongoing genocide against Christians in the Middle East in a major presentation at the U.N. Human Rights Council.

The Islamic State (ISIS) is committing evil. ISIS is purposefully and methodically slaughtering Christians and other religious minorities to eradicate them.

Here at the ACLJ, we have aggressively been drawing attention – at a multi-national level – to ISIS’s genocidal acts. Just today, through our European affiliate, the European Centre for Law and Justice (“ECLJ”), we presented an oral intervention before the U.N. on behalf of nearly 400,000 worldwide who have signed our petitions in defense of these persecuted Christians. We stated:

The European Centre for Law and Justice calls the Human Rights Council to recognize and strongly condemn the “genocide” currently committed in Iraq and Syria against religious minorities, in particular Christians and Yazidis, by the auto-proclaimed “Islamic State”.

Thousands of persons have been killed and persecuted only because of their religion. This crime must be denounced as a “genocide”.

ISIS members have killed Yazidis and Christians by the thousands, have enslaved and raped thousands more because of their religion, and have destroyed their places of worship and their homes. ISIS intends to kill all Christians if they do not convert, pay jizya, or flee. This genocide and terror are leading to the violent suppression of the Christians from their region of origin.

These acts committed against people because of their religion constitute the crime of genocide under the definition of the Genocide Convention of 1948.

Without international intervention to end this slaughter the International Community will become “no more than witnesses at a funeral” of thousands of innocent people and thousands of years of the world’s most important history.

Therefore, the ECLJ, along with 400,000 petition signatories, urge the HRC to join other international bodies such as the European Parliament and the Council of Europe’s Assembly and publically recognize that religious minorities in Iraq and Syria are victims of genocide and deserving of international assistance and protection.

The ECLJ also urges the Human Rights Council to call on the countries of the region to accept religious and cultural diversity and to fully respect the people belonging to communities present on those territories long before Islam.

The ACLJ is also calling on the Obama Administration to recognize the atrocities against Christians as “genocide” and to provide these dying Christians critical legal protections.

As we reported before, the House Foreign Affairs Committee unanimously moved forward bipartisan legislation that recognizes ISIS’s acts as genocide. This Monday, Congress has scheduled a vote on this critical legislation.

We are acting now and continuing to urge Congress to condemn this genocide. Act with us and join the nearly 400,000 people who have made their voice heard worldwide. Good must vanquish evil.