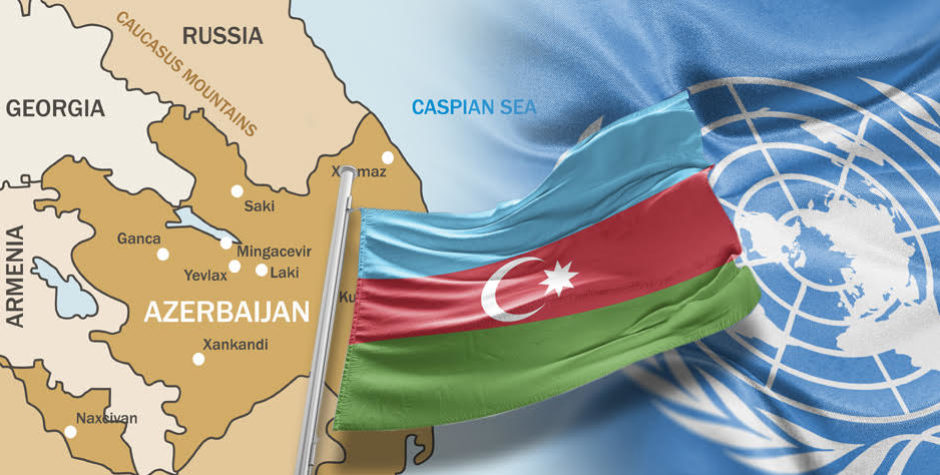 ACLJ to UN: Christians in Azerbaijan Face Increasing Government Persecution for Their Faith

Christians in Azerbaijan face increasing government persecution for their faith. Recently, we took action directly at the U.N. to highlight their plight.

As we’ve explained before, Non-Governmental Organizations (NGOs) are able to assist the Human Rights Council by submitting a Universal Periodic Review (UPR) reports for the purpose of detailing information regarding the status of human rights in a particular country. Through our affiliate, the European Centre for Law and Justice (ECLJ), we recently submitted a UPR regarding the status of religious freedom in Azerbaijan. In this report we detailed incidents of human rights violations being committed in Azerbaijan.

Though, on its face, the Azerbaijan’s constitution claims to protect religious freedom, the governing document also places severe limits on minority religions, allowing the government to persecute Christians and other religious minorities while still claiming to respect religious freedom.  As our UPR submission highlights:

The Azeri government uses these sections of the Constitution to justify additional laws that amount to persecution against minority faiths within Azerbaijan. For example, the Law on Freedom of Religious Belief takes the constitutional provisions that contain restrictions on religion a step further by declaring that “Foreigners and persons without citizenship shall be prohibited to [sic] conduct religious propaganda”. This law also states that the government shall not interfere with religious activities. However, it then contradicts itself by requiring all religious associations, or a religious commune greater than nine persons, to register with the government or risk a conviction of illegal assembly.

Our submission goes on to provide specific instances of government sanctioned persecution against Christians and other religious minorities:

Religious groups in Azerbaijan are required to register with the government, and despite their efforts to comply with the law, minority religious organisations are often either denied the registration or kept waiting for the application to be processed. Just last year, the government fined and imprisoned a Baptist pastor, Hamid Shabanov, for leading worship services without state permission, even though he repeatedly tried to register his congregation and was repeatedly denied. Police raided Hamid’s home and arrested him. Hamid claims that the hearing was in a language he did not speak and the court did not provide a translator. His case is still ongoing, and currently under appeal.

In another instance, twenty-two Christians were arrested for assembling to worship and two of the pastors were required to pay fines. The religious group had applied for registration, but the authorities had not granted them permission to gather for worship by the time they assembled.

In December 2016, thirty attendees of a prayer meeting were initially arrested and the pastors were fined for hosting an “illegal” prayer meeting. This congregation had not applied for registration, and the police told the attendees: “[e]ach of you may pray in your own house, but meetings are forbidden, otherwise you will be arrested again – with more serious consequences than a fine”. The punishment for illegal religious activity by second offenders is time served in prison.

Other religious minorities have met a similar fate. For example, in our report we drew attention to an incident that occurred in 2015, where two Jehovah’s Witnesses were charged for distributing Bible literature “without permission”, a crime which carried a $8,600 fine. The two were additionally detained for 11 months while the Ministry of National Security searched their homes and confiscated their property.

Another incident involved a woman named Kifayat Maharramova, who was found in violation of the selling religious literatures without “prior permission” resulting in the State Committee for Work with Religious Organizations (SCWRO) seizing fifty-eight books and sixteens CDs from her store.

Countries such as Azerbaijan are not often highlighted by U.S. or international media, and as such, the violations of human rights and religious freedom that occur in them can go unrecognized. This is one of the reasons why the UPR is so important. We must be dedicated to defending the right to religious freedom for the people around the world, including the people of Azerbaijan.

Through submitting these UPRs we are able to highlight the plight of persecuted Christians and other religious minorities and hold these countries accountable for violating fundamental human rights. It is crucial that the international community join us in urging the Azeri government to reform its law in order to protect minority religions, as the current law is very restrictive of fundamental rights. We must hold the Azeri government accountable and demand they comply with their commitment under the International Covenant on Civil and Political Rights (ICCPR) to protect the fundamental “right to freedom of thought, conscience and religion,” including the “[f]reedom to manifest one’s religion or beliefs.”

We will continue to work to highlight the plight of persecuted Christians in nations like Azerbaijan and urge the U.N. to take direct action to help them. Join us in this fight.

You can also read about our recent UPR on Turkmenistan here.