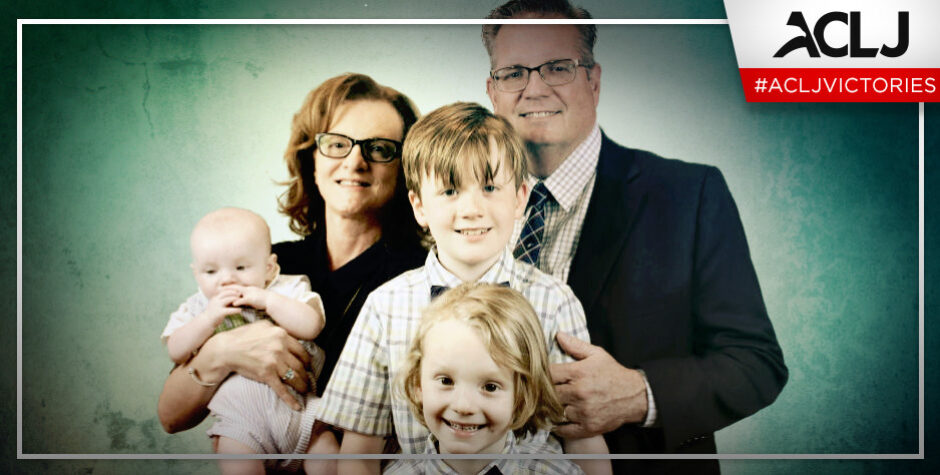 2020 Victories: American Christian Pastor Bryan Nerren Freed From Detainment in India and Allowed To Come Home to the United States

This is the latest installment of our year-end victories series looking back at some of the numerous victories by the ACLJ in 2020.

We saw one of our biggest victories in May of this year, when our client, Pastor Bryan Nerren – a U.S. citizen – was allowed to come home to his family in the United States after more than seven months of wrongful detainment in India.

Pastor Nerren is a loving husband, father, and grandfather from Tennessee. As a Christian pastor, he heads up the non-profit ministry Asian Children’s Education Fellowship, training Sunday School teachers in India and Nepal.

In October 2019, while traveling to conferences in India and Nepal, Pastor Nerren was targeted and arrested as he stepped off the plane in Bagdogra, India.

What exactly was his alleged “crime”? Evading a duty on funds he was carrying for the conference and trip. However, he wasn’t even carrying the minimum amount of money to make it a crime. Nor was he informed of the duty when he openly declared the funds to customs. But he was specifically asked if he was a Christian and if the funds would be used for Christian causes.

New Delhi customs told him that he was cleared to travel, yet he was later arrested and forced to endure a seven-month nightmare, involving false arrest, false charges, jail time, seizure of his passport, delayed court hearings, and appeals.

The ACLJ took up Pastor Nerren’s case, working with members of Congress, the State Department and U.S. Embassy, the National Security Council, the White House, and Pastor Nerren’s attorney in India, to secure his freedom.

After seven long months, the false charges against Pastor Nerren were dropped, the prosecution was withdrawn, and his passport was returned. He was finally allowed to return to the United States. Thankfully, he will get to spend Christmas at home with his family this year--not trapped in India.

We were thrilled to help Pastor Nerren finally return home to his family earlier this year; and we remain grateful for the personal engagement and concern of Ambassador Juster and Consul General Parker, as well as the Trump Administration, and every Member of Congress who engaged on behalf of Pastor Nerren.

But our work to defend Christians in India who are facing daily persecution, simply because of their faith, is far from over.

India has shown a sharp increase in extreme persecution against Christians. Radical Hindus believe that India belongs to Hindus alone and that people of other faiths should leave, or be forced out—even violently, if necessary.

To help the ACLJ continue to have the resources we need to defend religious freedom and protect persecuted Christians around the world, please consider making a Tax-Deductible donation to the ACLJ through our year-end Matching Challenge. Your gift will be DOUBLED dollar-for-dollar through the end of the year.