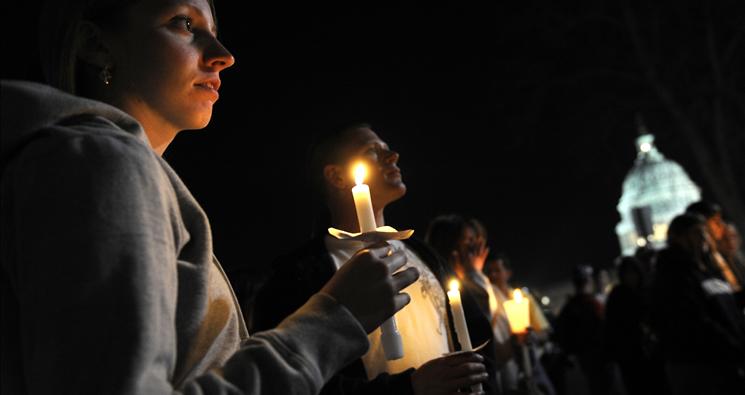 Challenging the Mandate: Not Just for Catholics

Last week, twelve lawsuits involving forty-three Catholic schools, dioceses, and charities were filed in federal courts across the country. These suits challenge the HHS abortifacient-sterilization-contraception mandate and its unconstitutional coercion of conscience.

One might be tempted to think the pending challenges to the HHS mandate, including those filed last week and the ACLJ case on behalf of a Catholic business owner, constitute a Catholic issue only.

Soon after HHS Secretary Sebelius announced in January that the mandate would go into effect, individuals and groups of various religious denominations and persuasions joined hands in calling the rule a violation of religious civil liberties.

In Februrary, 2,500 Protestant, evangelical, Jewish, Catholic and other religious leaders signed a letter to President Obama denouncing the mandate as “a severe blow to our religious liberty.”  Together, they called upon the administration to “reverse this decision and protect the conscience rights of those who have biblically-based opposition to funding or providing contraceptives and abortifacients.”

Also in February, the President of the Lutheran Missouri Synod, Matthew Harrison, and Rabbi Meir Soloveichik of Yeshiva University appeared with Catholic Bishop William Lori and others before the Committee on Oversight and Government Reform. Each testified as to how the mandate violates the rights of conscience and religious freedom; that the free exercise of religion doesn’t just involve the right to believe, but the right to act in accordance with one’s beliefs.

In an eloquent statement, Rabbi Soloveichik pointed out that it was the obligation of Jewish people not to sit idly by when the religious rights of others are at issue:

Not only does the new regulation threaten religious liberty in the narrow sense, in requiring Catholic communities to violate their religious tenets, but also the administration impedes religious liberty by unilaterally redefining what it means to be religious…

Benefiting from two centuries of First Amendment protections in the United States, the Jewish “children of the stock of Abraham” must speak up when the liberties of conscience afforded their fellow Americans are threatened and when the definition of religion itself is being redefined by bureaucratic fiat.

More recently, it has been reported that talks are underway between Catholics and evangelical groups to work together on the forthcoming “Fortnight of Freedom.” From June 21 until Independence Day, events involving prayer, study, and public action will be held across the country to focus on our Christian and American heritage of liberty.

And even more recently, just last week, ACLJ attorney David French, an evangelical, spoke to a group of Catholic priests from the Nashville area on a whole host of religious freedom issues, including recent encroachments on these freedoms by the administration.

The fight against the HHS mandate is not a Catholic issue. It is a constitutional issue for all. It is an issue of conscience for all.

John Adams wrote in 1809, “It behoves every man who values liberty of conscience for himself, to resist invasions of it in the case of others; or their case may, by change of circumstances, become his own.”

If we cannot rise together in defense of religious conscience, we will most surely fall together.